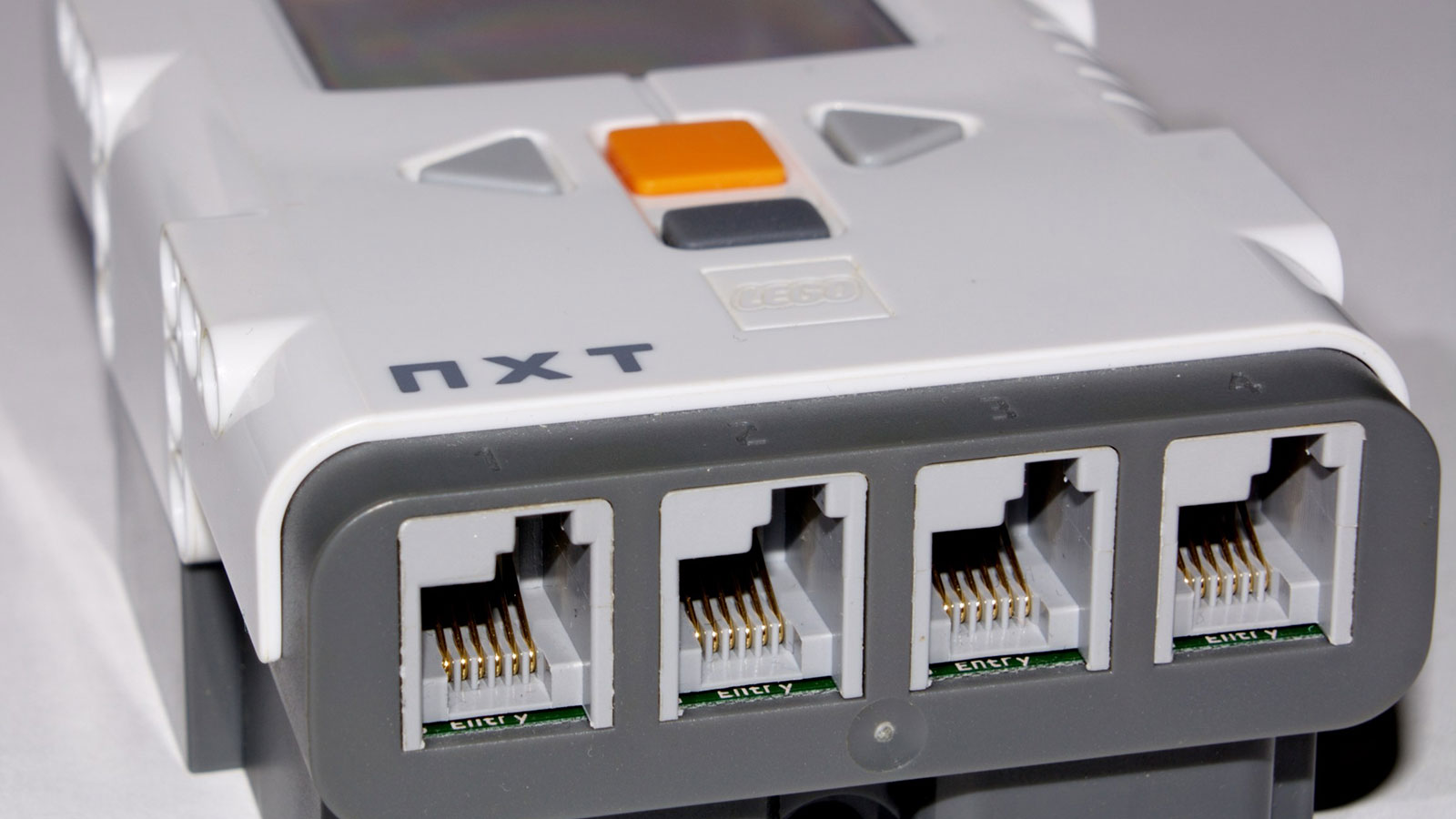 When the LEGO company was founded, words like “robot” and “computer” were alien to the average person. The incredible technology of today might as well have been magic to Ole Kirk Christiansen and his colleagues. Today LEGO has embraced computer technology in many ways. There are plenty of excellent (and some not so excellent) LEGO video games, and physical LEGO itself has embraced computers and robotics in the form of LEGO Mindstorms.

Basically, the Mindstorms series is centered around building and programming your own robotics projects. There are special computer LEGO bricks that contain the electronic brains to power your machine creations and anything else you can come up with. LEGO also developed their own programming language for use with Mindstorms, but over the years many third-party languages have been developed.

Strictly-speaking, Mindstorms are part of the LEGO Technic line, but since a build that involves Mindstorms is so fundamentally different from a plain Technic construction, it’s hard not to think of them as separate. 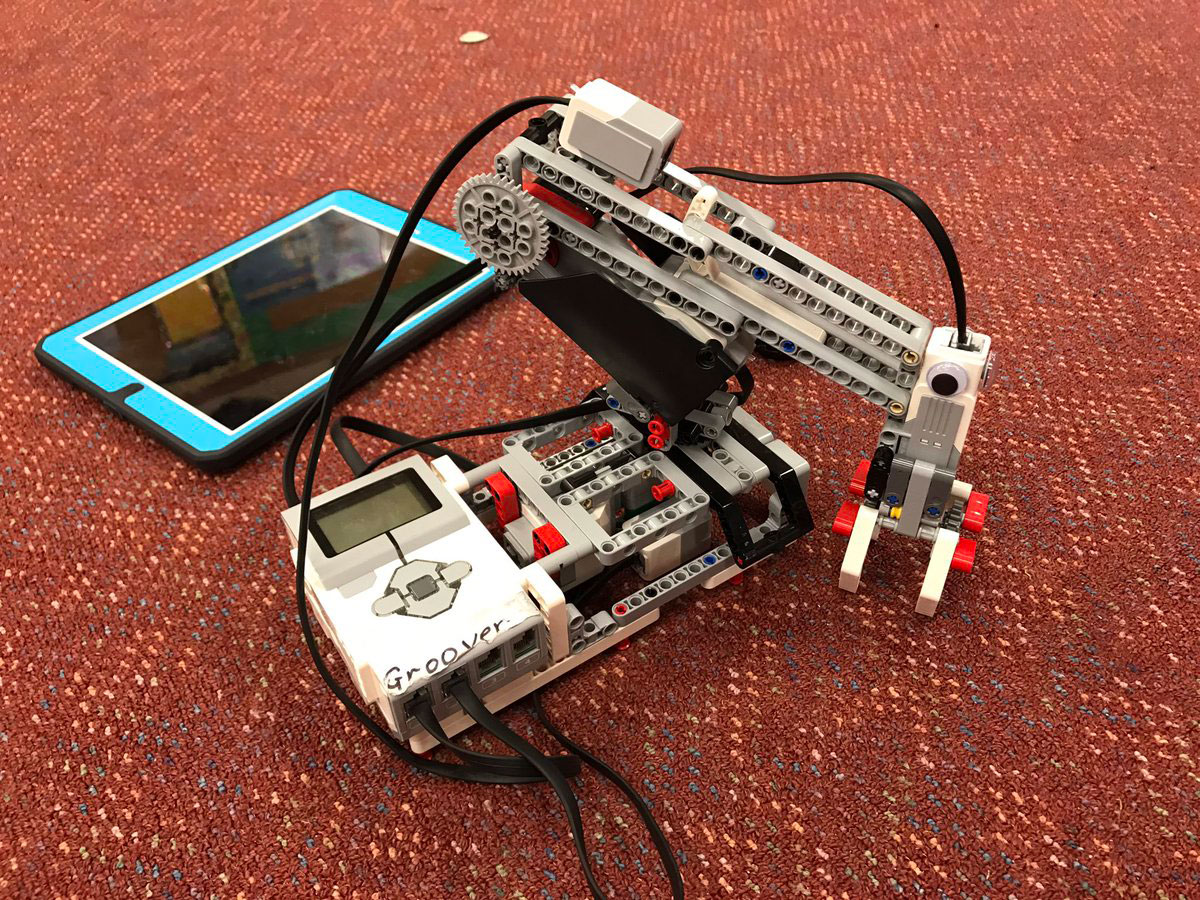 Like other LEGO products, you can buy Mindstorms in sets. Unlike something like a LEGO Death Star, there’s usually more than one model that can be built using the same kit.

A great example is the Mindstorms EV3 robotics kit, which you can find here on Amazon.

The EV3 is pretty pricey at nearly four hundred dollars, but you can build no fewer than five different robots. There are also plenty of non-robotic machines you can build using the same parts. Because the EV3 controller brick is programmable, you can make those robots do all sorts of things that even LEGO never envisioned.

Keeping Up With the Joneses

The first ever Mindstorms computer brick used an ancient 8-bit chip that’s hopelessly underpowered by today’s standards. But LEGO has kept up with the pace of computer technology; if you buy a modern Mindstorms set you’ll find the same hardware that drives your smartphone acting as the brains of your robot. Support for USB, mobile apps, Micro-SD cards, and more means that only the limits on your ability and imagination stand in the way of creating incredible machines.

LEGO has always been marketed as a great educational and developmental toy, but Mindstorms is perhaps the most explicit example of this. The skills you learn while grappling with Mindstorms are directly applicable in engineering, robotics, and computer science. From the very beginning, the world-famous MIT has been involved with Mindstorms; to this day universities across the world hold robotics competitions using Mindstorms as their basis.

Fans of Mindstorms have also created some truly awesome machines that demonstrate the flexibility of the system, such as the Cubestormer series of robots that have smashed the world record for Rubik’s Cube solve speeds.

Mindstorms are for those builder who don’t just want to model, but want to build machines with a purpose – even if that purpose is something completely ridiculous. As an educational toy, I think Mindstorms has no peer. We need future programmers, engineers, and roboticists. Given the involvement of MIT and other learning institutions with Mindstorms, I have little doubt that, beginning at a young age, you can develop skills with these products that will translate well.

Yes, these are also the most expensive LEGO sets and parts out there, but that makes sense given how hi-tech they are. LEGO has put years of collaborative research into Mindstorms to make something truly special.

As a child, I’d always given my LEGO creations life by using my imagination. Mindstorms brings that ideal to reality. With it you can create creatures that really react to their environments, machines that actually do stuff, and more. In a way, Mindstorms are literally the LEGO of our dreams and imaginations – it’s just that the technology to bring that vision to fruition did not exist at the time of the toy’s conception.

Well, it’s here now; if you’re interested in the most advanced construction system that LEGO has to offer, you’re in the right place, for sure.

No other toy has unlocked the diabolical engineer within the hearts of the masses as much as LEGO Mindstorms. While the pre-made sets are fiendishly challenging by themselves, there are [...]

If you’ve never heard of the Arduino before, you probably want me to explain what exactly it is. The Arduino is a computer board. When you look at it, that’s [...]

The LEGO Mindstorms series of products are the pinnacle of LEGO’s toy line when it comes to complexity and price. This is why you have to be extra careful before [...]

When you buy your EV3 set and take it home, you’ll find several robots that you can build from an included set of instructions from LEGO. The bundled designs from [...]