LEGO Architecture: The Joy of Buildings 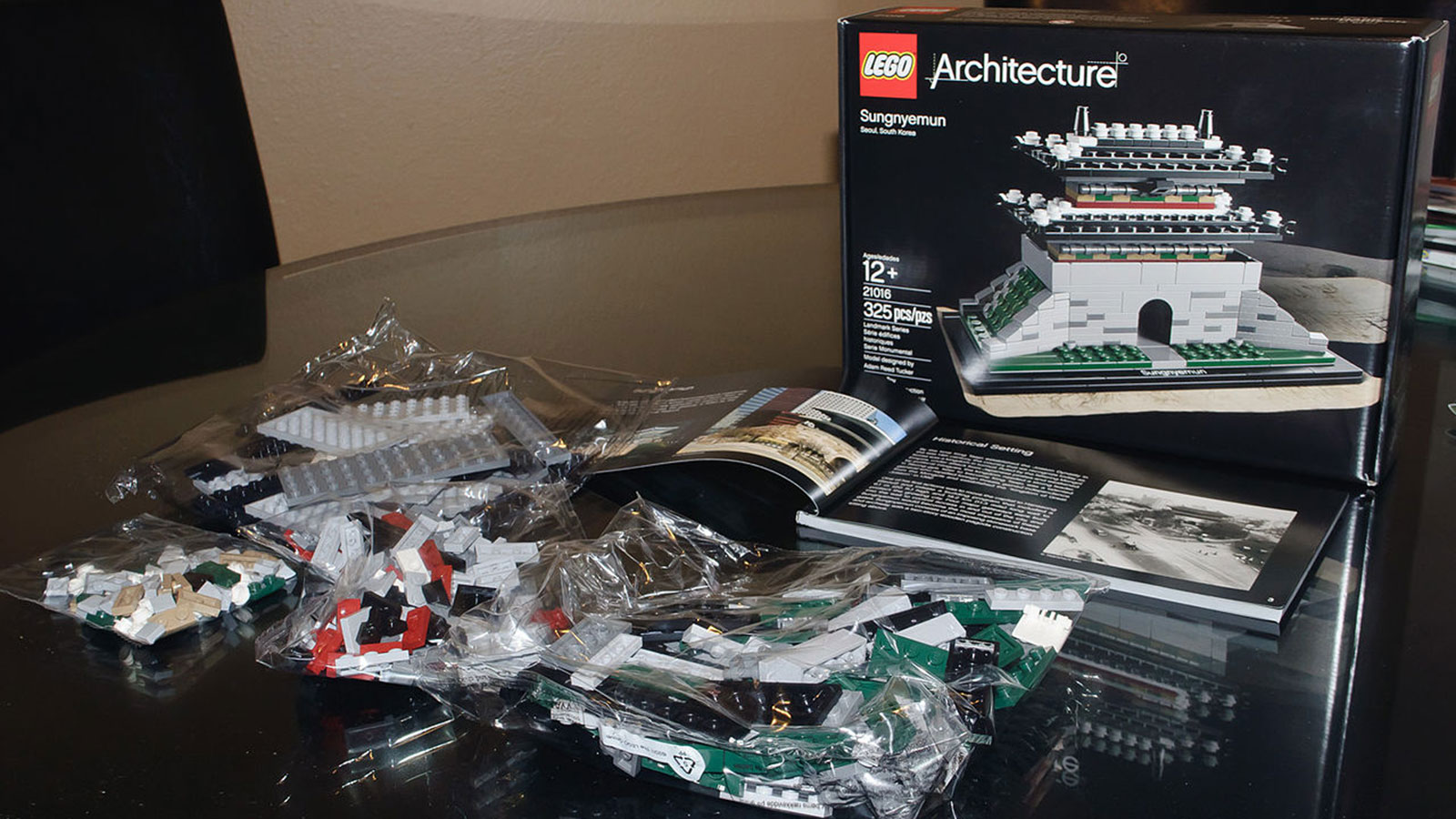 I think most kids who start out playing with LEGO almost immediately hit upon the idea of building a house or some other building. While it’s cool to use LEGO for vehicles, sculptures, or just about anything else, right from the start LEGO has been absolutely perfect for making models of buildings.

Of course, while you could do a pretty good rendition of the White House or some other iconic piece of architecture, you just had to be happy to render it in garish primary colors. Fun, for sure, but not the sort of thing you’d want to display in polite company.

It seems weird that it took so long, but in 2008 LEGO finally caught on to the fact that they could make specialized architecture sets where we could reproduce iconic structures from sites all over the world. This is the LEGO brand we know as LEGO Architecture. These sets are beautiful and elegant; once you finish one you’ll want to put it somewhere just to dress up the place.

The big irony is that the idea to make LEGO Architecture didn’t even come from inside LEGO – it was the ingenuity and business sense of architect Adam Reed Tucker. He started his own company, selling LEGO replicas of famous structures. That’s when LEGO finally caught on. They licensed some of his designs as official sets, and today there have been 32 commercial sets produced, as well as another 10 special editions.

While not every choice of landmark will appeal to every person, there are more than a few of the sets within the Architecture range that you really have to be dead inside not to appreciate.

The Eye of the Beholder

While the geek that I am is perfectly happy to display the Ghostbusters firehouse or the Tower of Orthanc in my home, LEGO Architecture models have always struck me as beautiful, adult-oriented models that don’t look out of place in the offices of a lawyer or other professional person.

There’s something quite serene about the architecture sets that clearly sets them apart from all other LEGO buildings. I also love how LEGO Architecture has basically redefined what LEGO model buildings can be, although the actual bricks are no different than they’ve always been. In a way Adam Reed Tucker has clearly shown the difference between a model designed by a casual fan and one who has the eye of an architect.

Yes, some sets such as the Sydney Opera House cheat a little with custom bricks that could only work for that specific model, but in general the LEGO Architecture series is a major feather in the cap of the company.

In this section I’ll be highlighting the sets from the LEGO Architecture series that I think are the most noteworthy, and we’ll talk about the future of the series a little as well.

Since this is such a new series, the total number of sets and the scope of custom builds are quite limited, but as time goes by and LEGO Architecture expands I’ll be adding more and more to this section. Even with the limited initial run of sets, I think LEGO Architecture gives us some of the best of LEGO. It would be a pity to discount this bold experiment by the company before giving it a chance.

So if you loved the Louvre and get bent out of shape for the Tower of Pisa, you’ll definitely like the blueprints underlying LEGO Architecture. Do come back to this section from time to time and see what’s new with these fresh, pretty, and all-grown-up LEGO products.

These days LEGO is all about space ships and other fantastic machines, but at the very beginning one of the most popular things to build were LEGO houses. Even today, [...]

LEGO Architecture sets have a charming simplicity to them. They aren’t 1-to-1 replicas of the buildings they model, but cleverly boil down those designs to their essence. This reduced number [...]

Most people know about the various LEGO Architecture sets that let you build a LEGO replica of existing famous buildings. These sets have upped the classiness of LEGO in general, [...]