LEGO Technic is one of the most advanced LEGO building systems the company sells. There are many, MANY LEGO Technic sets, and I personally love their vehicles. The end result is always something gorgeous and I’ve had many of the smaller cars, planes, and helicopters over the years. I’ve never been able to afford any of the really fancy sets. It’s nothing strange for a big Technic vehicle to be well north of the $100 mark, and once you hit the peak of the series don’t be surprised by prices over $500.

Still, having one of those intricate, functional machines finally completed is immensely satisfying. I wanted to highlight a few of the sets that I think are the most desirable, at least from my point of view. I tried not to simply pick the most expensive examples, since these are all invariably jaw-dropping, but to have one or two mid-range models as well. I’m a sucker for smooth lines or complex mechanisms, so here are the five LEGO Technic sets on my wishlist. 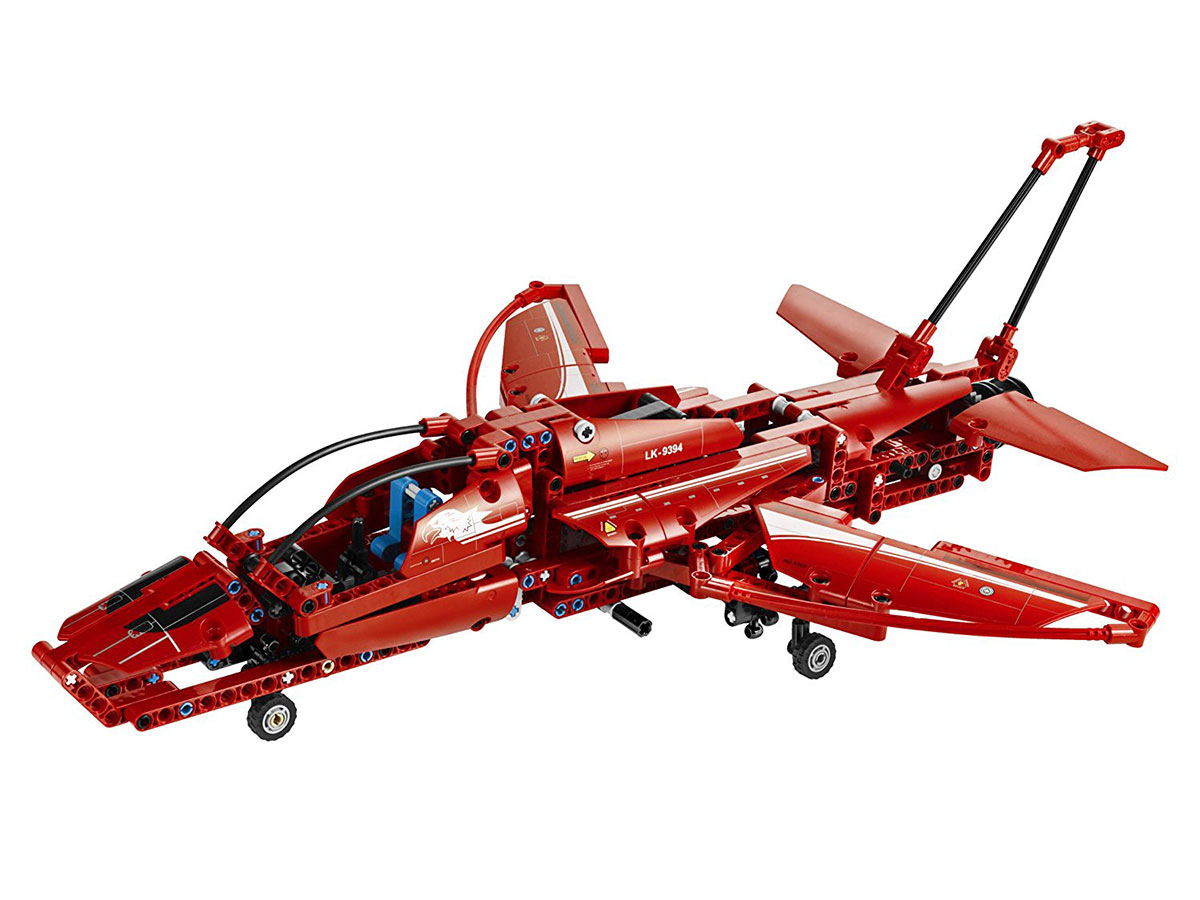 I’m a helicopter guy in general, but this red Technic jet plane model catches my eye every time I look through what’s on offer. At about $100, I consider this a mid-range set and a great example of LEGO’s design flair. This is not a model of a real-world plane, but a LEGO interpretation of a plane that could have been. It almost makes me think of a Ferrari with wings. The cockpit opens, the landing gear retracts, and you can sweep the wings back. It even has movable ailerons.

It’s a sizable kit that would look great on any desk. Best of all, this is a 2-in-1 design, which is something you’ll see often with Technic. All that means is that there is another model you can build using the same parts. In this case the alternative build is an equally pretty prop-powered aerobatic plane. I’d have a hard time deciding which one to display, which is a good excuse to simply buy two sets and show off both! 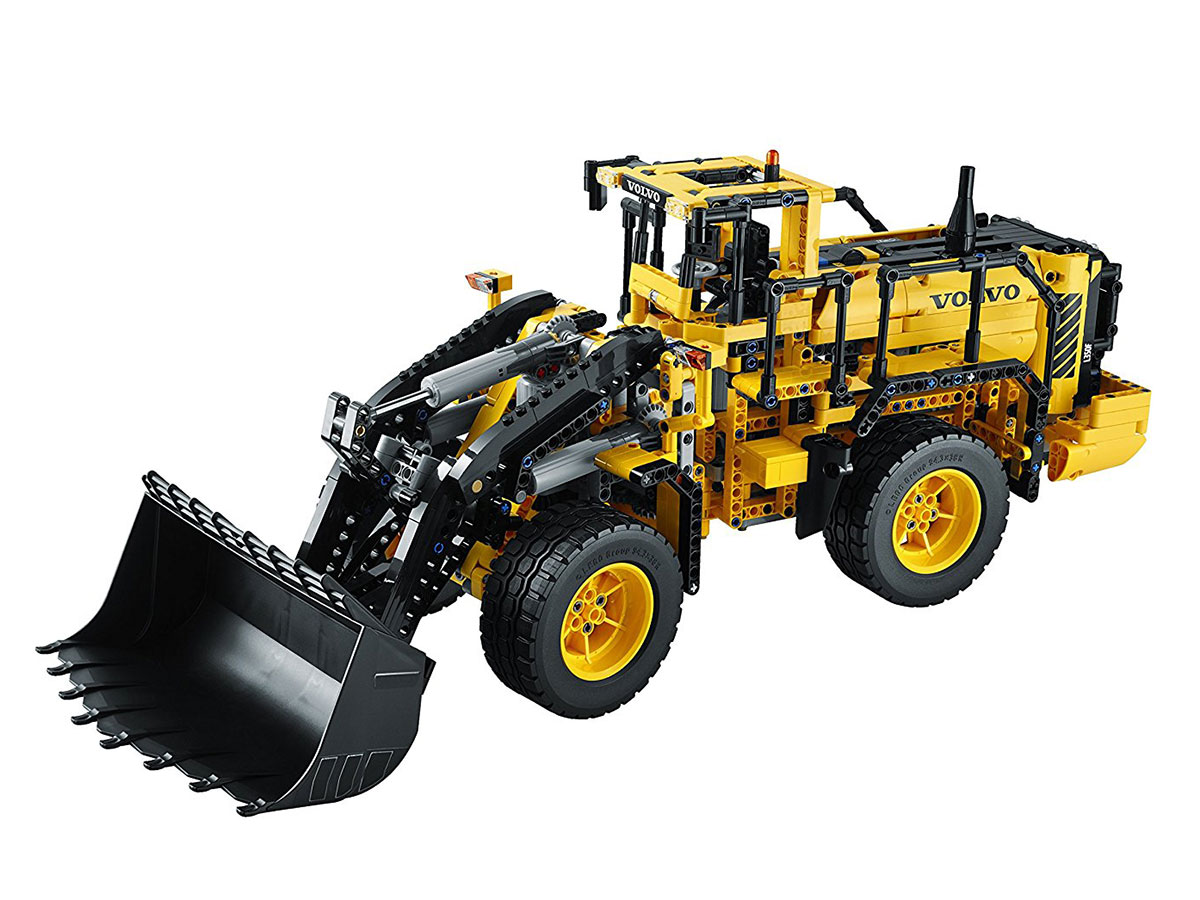 The L350F is what you would get if you surveyed young schoolboys on what they believe a loader should look like. It’s big, it’s yellow, and it’s got massive chunky wheels. It’s also got that typical Volvo retro-futuristic look. Honestly, I used to think Volvo had a boring design language, but these days I’m appreciating them more and more. I must be getting old!

With 1636 pieces, this is a massive kit. This includes the parts that power the final vehicle. Yes, that’s right – once you’re done building this yellow behemoth you get to drive it around. I honestly think powered Technic sets give you the best of all worlds. You get a great building challenge and you have a toy you can play with afterward. It sure beats the pullback friction motors in the cheap entry level vehicles. 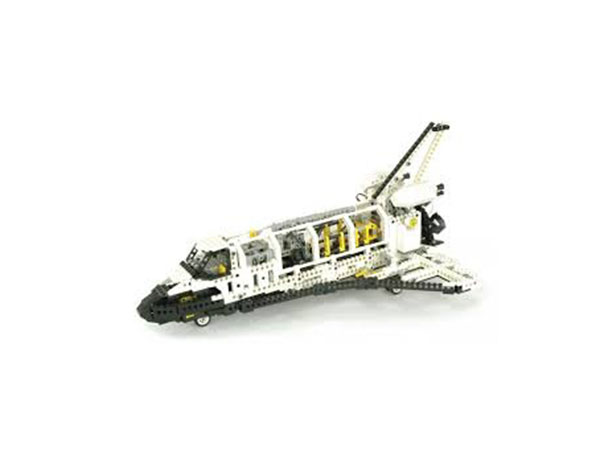 In the real world, the NASA space shuttle has been decommissioned. We’re moving into a world of private space travel and perhaps that’s a good thing, but the old white space bus still has a special place in my heart. This (stupidly) expensive LEGO Technic does an amazing job of bringing in everything that makes the space shuttle such an amazing machine. The set consists of 1368 pieces and was originally released in 1996. That is, of course, one of the main reasons it is so expensive in the first place – it has become something of a collector’s set, which drives up the price.

It’s a motorized kit and has some neat fiber optic elements to it, but those aspects are not so impressive given how old this set’s design is. To me there is just something terribly nostalgic about this era; the 8480 set captures both the golden era of the space shuttle and of late 90s Technic LEGO. Just be aware that if you buy this set used you should make sure there were no battery leakages in the battery box and that all those many white pieces are still in good shape. 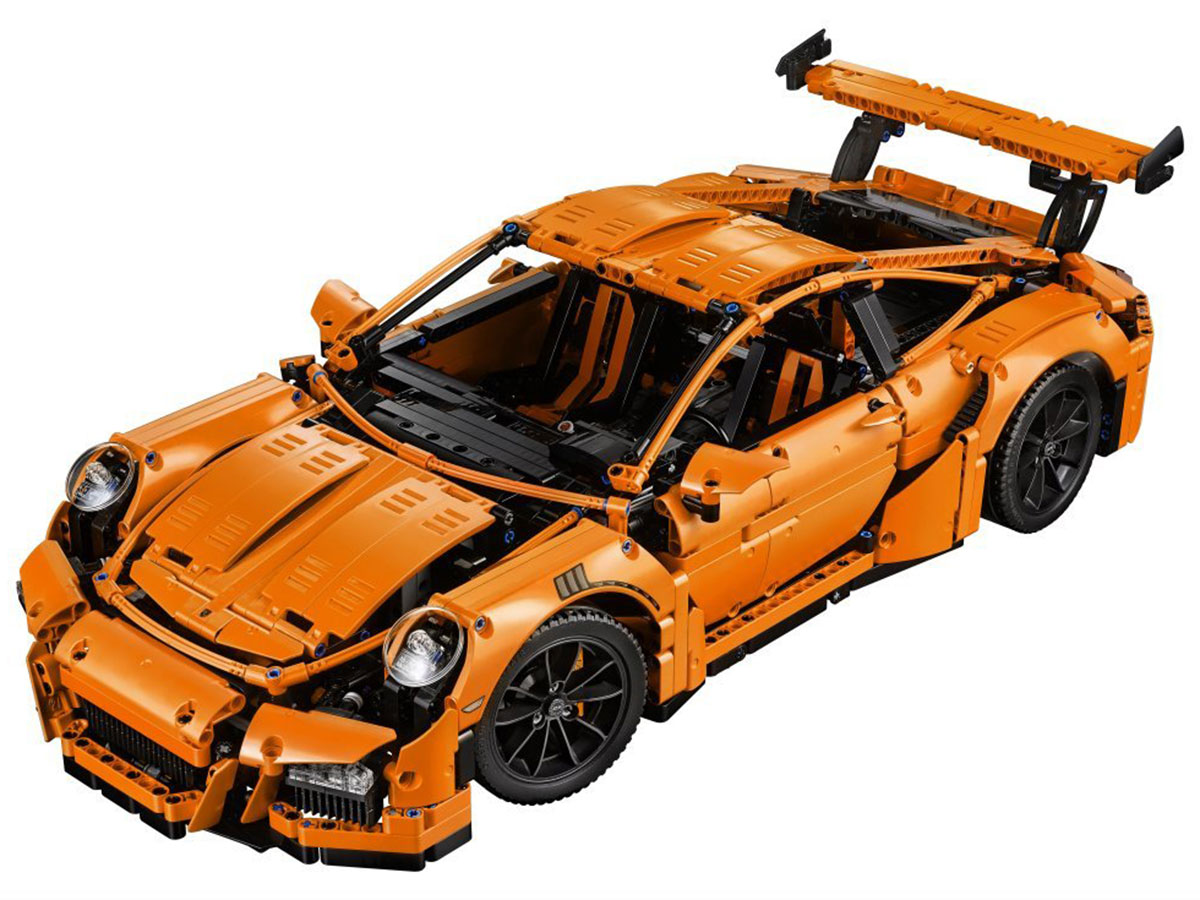 Apart from LEGO houses, cars were one of the first truly iconic LEGO sets to roll out; today, this is an incredibly developed branch of LEGO products. I’ve been especially blown away at the vehicles that have come out under the Expert Creator brand – they are finely detailed with a finished product that’s closer to a traditional scale model than something that looks like LEGO.

I really appreciate that approach, but that does not mean other LEGO car models are inferior. As evidence for this, I present to you this Porsche 911 GT3 RS model from LEGO Technic. To me, this is awesome BECAUSE it clearly looks like it’s made of LEGO Technic pieces. Anyone can go and buy a die-cast or plastic model of the car, but the Technic aesthetic has artistic merit all its own.

This set has 2704 pieces, and at $500 it is clearly a collector’s piece. It’s technically complex, with a manual of over 500 pages in length. The model is, to me, the pinnacle of a Technic car. The engine actually turns, the gearbox works, and so does the steering. You have to build it all, which just blows my mind.

Just watch this official LEGO video going over the details of the set. If you aren’t sold by this, you should really check your pulse. 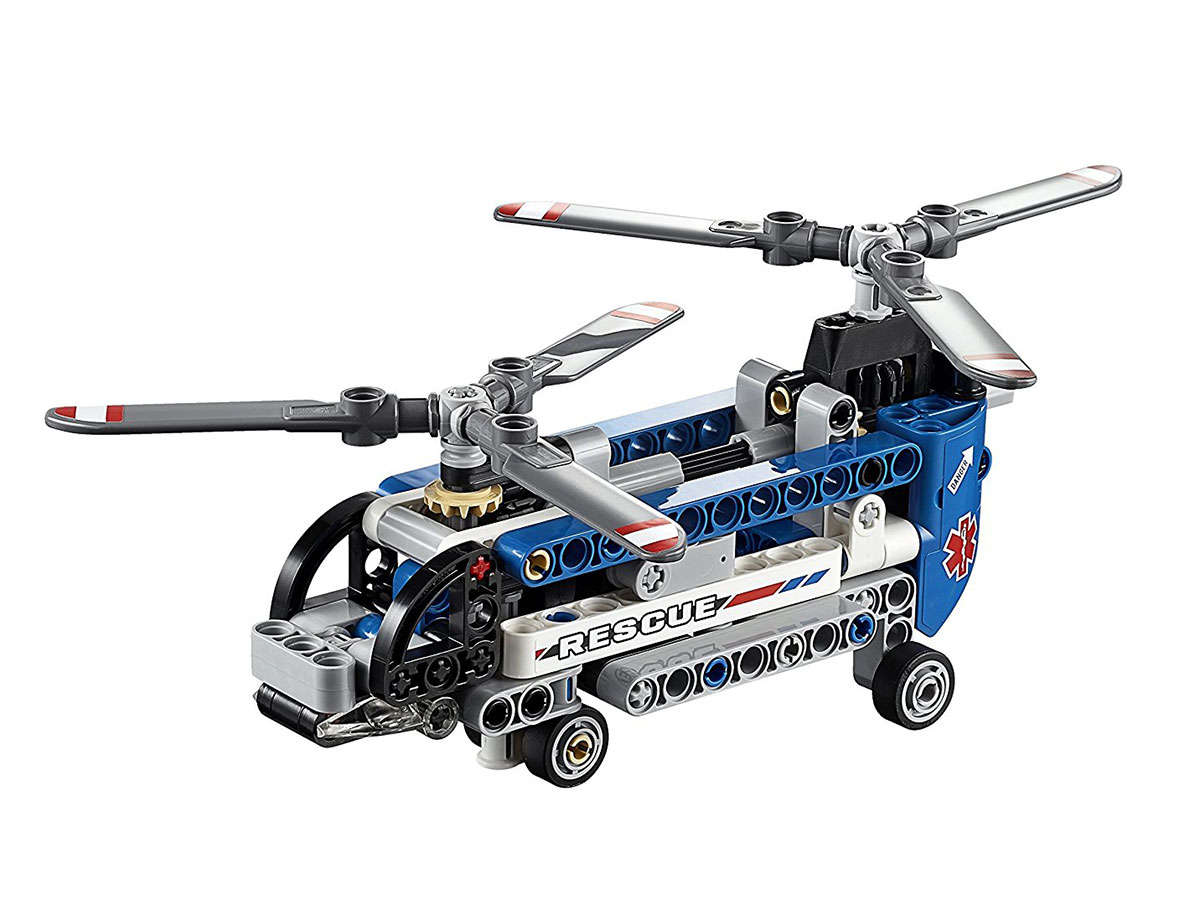 I have to start this off by saying this set is the only one on this list that I actually own. The rest of these are more like aspirations in that I hope to own some of them one day, but this Twin-rotor model is one that I bought and built. It lived on my display shelf for years before meeting it’s untimely demise in an event that I won’t relate, except to say there were many casualties.

I love helicopters and have owned various models over the years. Die-cast models, plastic kits I’ve built myself, and, of course, this LEGO Technic unit. I’ve never really liked unlicensed helicopter models because I want a model of a real helicopter, but in this case the twin-rotor caught my eye and was pretty cheap, so I bought it.

I’m very glad that I did, too, since this was actually my first ever Technic set. Until then I had only built with traditional LEGO bricks, but this experience helped me appreciate the strengths and weaknesses of each approach. It’s also the first time I’ve bothered to actually play with a helicopter model. The rotors turn in a satisfying way and they are linked by a simple shaft and gears, which for some reason I found wonderfully entertaining.

Overall, this set has lots of good memories for me. Call me selfish, but I’m putting it here because in my opinion this is one of the best 2-in-1 sets for beginners, and the single-rotor heli you can build with this same set is plenty of fun too. Most of the other Technic helicopter sets are way too expensive for an impulse buy, but this is just right.