The Story of LEGO

The Story of LEGO

Today the LEGO company is a massively-successful toy and entertainment company, best-known for the iconic plastic block that is basically synonymous with the name LEGO. The company we all know and love had a very different and much more humble beginning than the mega movie, videogame, and toy empire we see today.

In case you didn’t know, LEGO is a Danish company. In Danish, the phrase “Leg Godt” simply means “play well”, and it’s the first syllables of those two words that became the name of the company. By complete coincidence, the word “lego” also has a suitable meaning in Latin; in that language the word means to collect or gather things.

The company says that “playing well” is not just their name, it’s their central philosophy. LEGO toys are meant to be thoughtful and enriching. That seems obvious in light of the brain-teasing plastic LEGO toys we have today, but things did not start off that way. 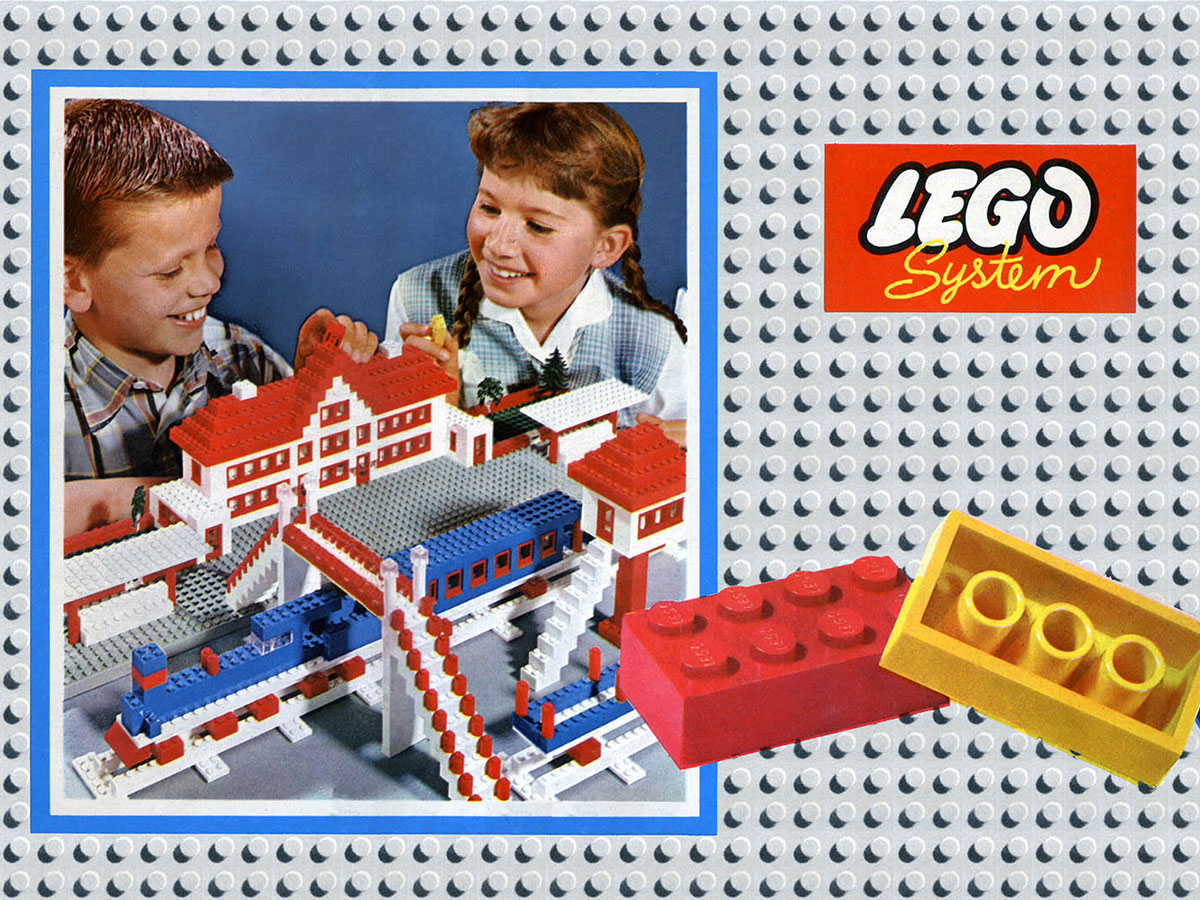 The person who founded LEGO was a Danish man by the name of Ole Kirk Kristiansen. Unlike so many family businesses, LEGO is still in the hands of the founding family; it was passed from father to son to grandson. Ole started LEGO in 1932, which is 85 years ago as I write this. The founder has since passed on, but the early years of LEGO under Ole are no less fascinating for being so far away in the past.

Out Of The Woods

Ole was a master carpenter, so it shouldn’t come as a surprise that the first LEGO toys were made of wood. It was in the Danish village of Bilund that he decided to start his business. Ole didn’t make only toys right from the start, the first products included ladders and ironing boards. Not exactly fun stuff, right?

The first wooden toys were similarly simple. One of the early examples is a carved wooden duck. Their first construction set was called “Kirk’s Sandgame”.

One of the downsides of working with wood is that fire is a big problem. In 1942 the factory that made LEGO toys in wood burned to the ground. That wasn’t enough to dampen the enthusiasm, and before long LEGO was back in business again.

It wouldn’t be long before LEGO realized the potential of plastic as a material to make toys. It was the first company in Denmark to buy an injection-molding machine.

While LEGO was still selling other toys, both wooden and plastic, in 1949, the first LEGO brick was made. This brick was not like the one we know today, but the idea was similar. It’s known as the “ automatic binding brick”. It came in versions with four and eight studs. This brick did not bind in the tight way that modern LEGO bricks do, so it was not an instant hit, by any means – at least not in Denmark, which was the only place you could buy them at this point.

From the 50s onward, LEGO really started to refine the design of their bricks. They were still making models, although of course the models were now made from plastic. You could buy vehicle models already assembled or build one yourself. At this time the baseplates like the ones we know today were introduced. They still didn’t have the stud specifications or the same material type as modern LEGO, but this was a clear move in that direction. According to LEGO’s records, the baseplate that they released in 1951 had a 20 by 10 stud grid. This is also the first year that anything about the LEGO company was committed to film.

In 1954, the LEGO trademark was awarded and the automatic binding brick was officially renamed the LEGO brick. A year later, the first “systems of play” were released. For example, in 1955 a set was released with which children could build their own town. This was a clear precursor to the LEGO sets of today, whereas before the blocks were just sold “as is” for free play. This is also when LEGO started exporting to other European countries. Reception at toy fairs was not all that warm. 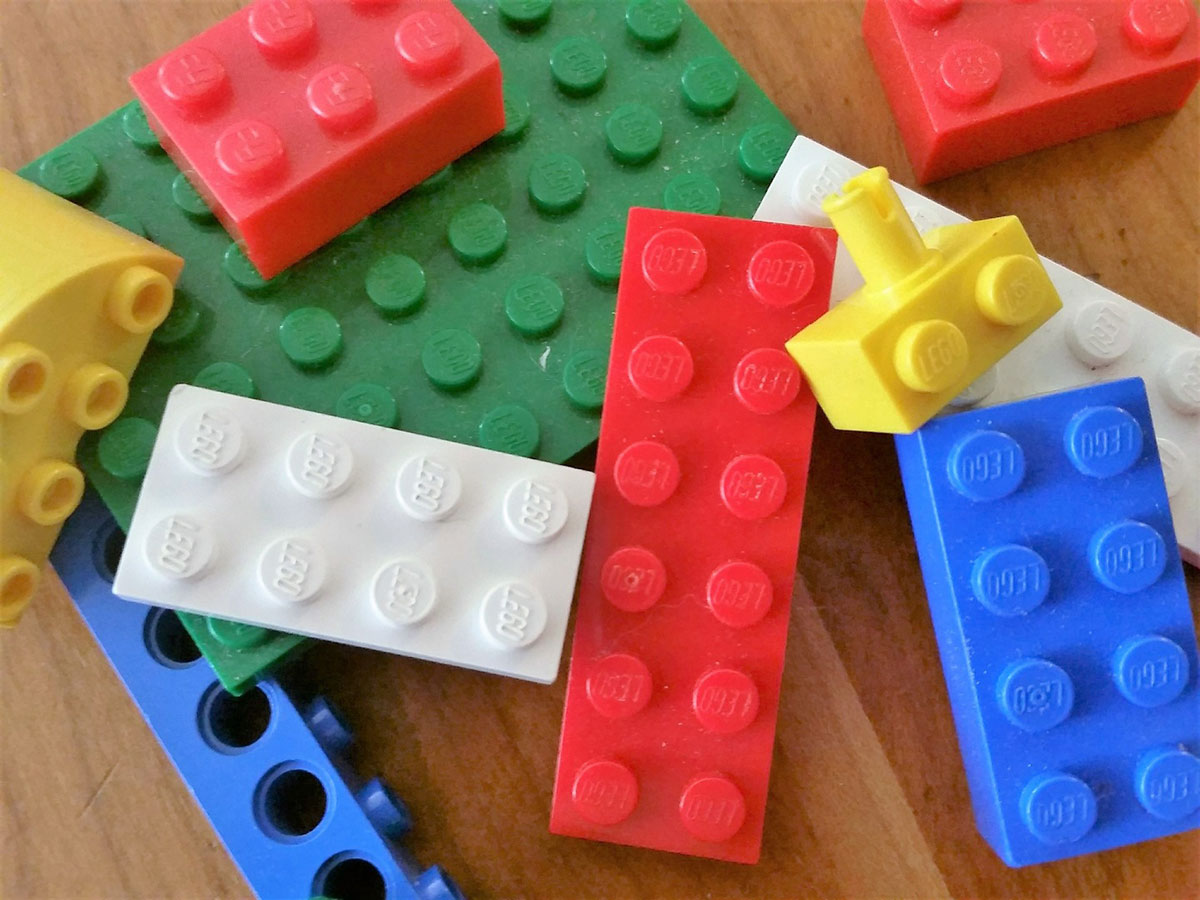 In 1958, 26 years after founding the company, LEGO patented the invention that would turn it into an international phenomenon. They were awarded a patent for the stud-and-tube interlocking system, which significantly improved the stability of models while leaving it easy to take the bricks apart. This instantly made the LEGO brick both great to play with and superior to any pretender.

LEGO is On Fire (Again)

Believe it or not, LEGO was still making wooden toys at this point, but when the wooden toys factory burned down again in 1960 the company didn’t bother to start production up again. The future was looking very plastic at this point.

In 1964, it all came together as LEGO released the first model sets. These were much more specific than the “systems of play” and came with complete building instructions. By 1966, there were 57 sets and 25 vehicles, and LEGO was making an astonishing 706 million pieces a year. Forty-two nations now had LEGO on their store shelves. By the time 1970 rolled around, LEGOland had opened its doors and the DUPLO brand for young children was up and running.

In 1973, the LEGO logo we all know and love became the only such logo across all LEGO products. The iconic minifigs we have today first came out in 1978. By 1980, a survey showed that 70% of households with kids under the age of 14 now had LEGO, at least in the West, that is.

In a move that would turn out to be prophetic, the LEGO fiction department was established, bringing narrative into the world of LEGO. By the end of the 1980s, 115 countries had LEGO, although notably the company had pulled out of South Africa due to political issues there. In 1990, LEGO was one of the 10 biggest toy brands in the world.

In 1997, LEGO, which started out as a company making wooden figures, went digital. Along with each model set they issued a computer CD containing building instructions. It may sound silly now, but that was a pretty progressive step. From there, the electronics just kept coming as well – exemplified in the MINDSTORMS line. LEGO was a serious robotics toy by the year 2000. 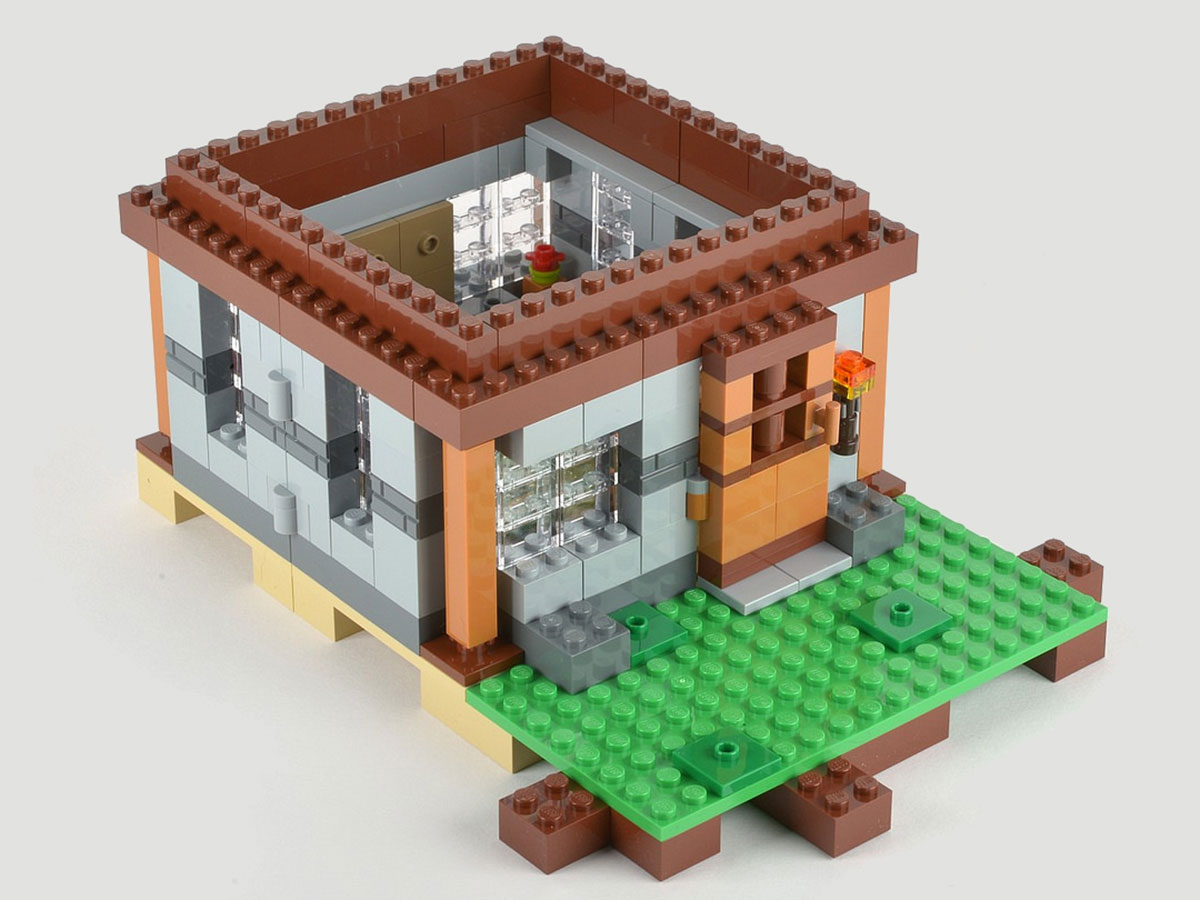 LEGO had been going from strength to strength as a brand, but by 2004 the company’s finances were not looking too great. From 1999 to 2003, LEGO was in trouble, even going so far as to sell some kits at a loss because of costing, fabrication, and management issues. The company had lost direction, retired too many classic LEGO designers, and was heading for bankruptcy fast.

The turnaround happened in 2004 when Jorgen Vig Knudstorp took over as CEO. Jorgen made the genius decision to recruit designers from the army of hardcore adult LEGO fans. No one knew better than this group of people what other fans would love. Jorgen also closed the in-house LEGO video game studio, which, honestly, was for the best since the in-house LEGO games were pretty awful. LEGO also now allowed fans to create their own sets online and then order the right parts to build it. This was also the time when LEGO was finding its feet with LEGO film and television. The Bionicle property was doing well with the first film, Mask of Light.

LEGO struck gold with numerous licensing deals – the most important of which is surely Star Wars and other Lucasfilm (now Disney) properties. In 2009, LEGO partnered with Disney and Pixar, resulting in the 2014 LEGO Movie that would go on to gross a staggering 258 million dollars.

By the end of the first decade of the 21st century LEGO was the fifth-largest toymaker by sales volume. Licensed LEGO games such as LEGO Star Wars and Pirates of the Caribbean were hits, selling many copies and receiving good reviews.

Today it seems that LEGO will be going strong well into the future. They’ve embraced the power of crowds and the internet. They understand the power of killer franchises and have little to worry about. However, since their patent from 1958 has expired, there is the possibility of another company out-competing LEGO in terms of sets or licenses. But given how much brand identity is at play here, I doubt that’s a likely outcome.