Software to Help You Plan your LEGO Build

Home/Guides/Software to Help You Plan your LEGO Build

Software to Help You Plan your LEGO Build

The best, but also hardest, form of LEGO building is free-building. I have a lot of respect for those masterful and ambitious builders who over the decades have perfected the method of designing, planning, and executing a build.

While each builder has their own ways of turning a vision into plastic reality, the use of graph paper and (not-inconsiderable) artistic abilities are traditional. But in this 21st-century world of computer, well, everything, it should come as no surprise that you can use software tools to make the process much easier.

In general they’re referred to as LEGO CAD programs, and they do exactly what you may think, based on that name. They aid you in the design of LEGO builds. In this article I want to highlight some of the software packages that ambitious and dedicated builders can use to make their lives a lot easier. 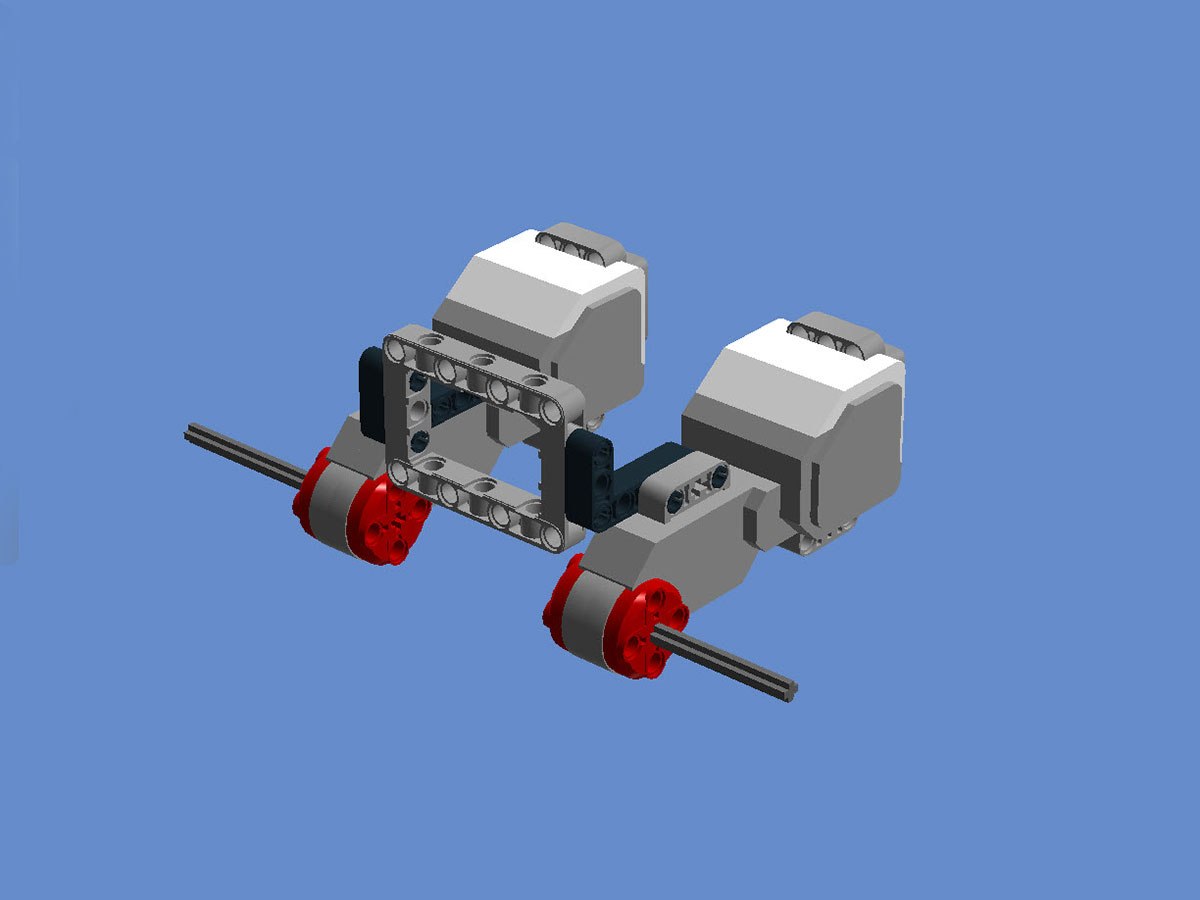 This is the only official LEGO CAD software on this list and, predictably, it’s also one of the best. The big downside is that the software has been officially defunded and discontinued in 2016. While you can still download LDD for free, LEGO promises no updates, which means that the program will become more and more outdated as new pieces are introduced. Fan backlash to this news was notable, and even after saying there would be no update, one more post-defunding update was in fact shipped. In other words, LEGO is sending mixed signals here and we basically have no idea whether the project will be revived or not.

Nonetheless, the program remains useful for the time being and has a lot going for it. One of the things I like the most about LDD is how streamlined it is. This is software that doesn’t suffer from the bloating disease we often see. It gets straight to the business of presenting you with a huge catalog of virtual LEGO pieces and the means to stick them together.

Only a limited number of bricks are available by default, but by enabling “extended mode” all the possible blocks in the database can be used. LDD was created as a child-friendly system and therefore the interface is as simple as can be. That’s also a bonus if you’re an older LEGO fan who doesn’t really do the whole computer thing or who has never worked with any sort of 3D CAD software.

LDD is completely free and there is both a Mac and Windows version. You can download it here.

Stud.io is one of the most prominent alternatives to LDD and, unlike that program, it is very much supported by the company behind it. I really like the visual style of the program. It doesn’t try to do a photo-realistic rendering of plastic LEGO bricks, but rather does a sort of sketch-style approach. Basically, it’s what you’d expect the instruction drawings in a LEGO booklet to look like. It also has an awesome connection system – you just drag and drop the bricks; it detects the “legal”connections and snaps on. You can, however, override that with the coordinate system, which lets you position the bricks any way that you want to.

Most impressive, this is one of the few LEGO CAD programs I’ve seen that allows you to collaborate live with up to three other builders over a network. That means if you have a team of builders who are working on a design together, you don’t have to waste your time with a round-robin approach. You can also chat in real time to facilitate the process – very modern for a program like this.

Moving over to Stud.io is also simple, because it reads the two most common formats from other programs – LDD and LDraw. Honestly, I think Stud.io may be one of my favorites. The software is currently in free open Beta, so why not give it a try?

You can download it here, or go here for examples of their custom creations. 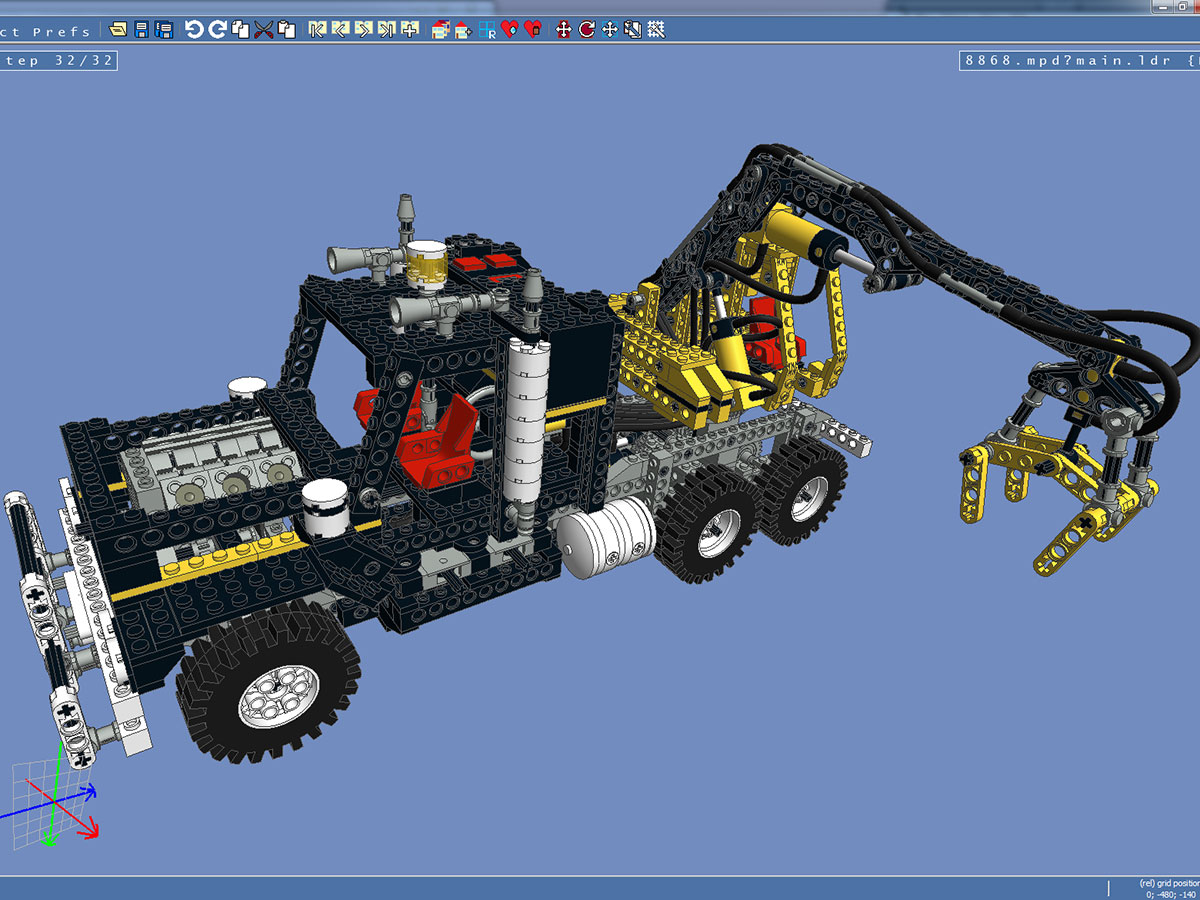 LDraw is properly venerated in LEGO circles; this is the big open Daddy of them all. LDraw is an open standard for digital LEGO plans that are supported by most of the other CAD programs that are worth looking at. There’s an extensive community built around LDraw, and that means lots and lots of resources that you can use to be a better builder. The website, in particular, is pretty great. There’s a neat Wiki, forums, guides, and much more. Any builder who wants to excel at free building will at least bookmark the LDraw site.

LDraw is not strictly a single program, but rather a suite of tools that are meant to help you on the path to making a masterpiece. The part that you use to model the actual construction process is called MLCad, and it lets you pick pieces from a VERY long list of parts. The parts list can be cumbersome to work with, but it sure is comprehensive!

LDView is the program you use to render your creation in a prettier format, and LDraw can automatically let others rewind your build process so they can replicate it in plastic.

It’s a much less polished program than something like LDD, but it’s free, active, and widely supported. You’ll lose nothing by giving it a go!

You can find LDraw here.

All the programs I mention above are great in their own right, but you need to download them and you also need to run them on a PC. In this web-connected world with its mobile devices, it seems a pity that you can’t run any of those programs on an iPad.

Well, there is one possible solution, and it comes in the form of a program called Mecabricks. Mecabricks is a web-based LEGO designer. What does that mean? It means that the software runs entirely in your web-browser. You need an internet connection for it all to work, but there’s nothing to load. Most importantly, it doesn’t matter what sort of device you have or what operating systems it runs. As long as it has a web browser that supports WebGL (which is most of them these days), it should work just fine.

The best thing about that to me is the fact that an iPad or other similar mobile device can be used to work Mecabricks, or at the very least view models that have been built elsewhere on a PC. Bringing an iPad to your build space is far more convenient than a laptop or (gasp) big old desktop PC. The program is not designed for touch, but by all accounts it’s workable for most people, and it’s the only way to design LEGO while you pretend to listen to that PowerPoint presentation.

You can try it out here.

Although LEGO CAD software has been around for a long time now, there are still older LEGO fans that don’t think they’re all that great. Preferring graph paper or just winging it, they feel the software makes it all too easy. For me, that’s the point. I don’t want the build to be harder than it has to be; I just want to translate my imagination to a real model. The programs I highlight above will help you do just that.