Home/LEGO Clones/Is Lepin Something We Should Buy? A Cautionary Tale

In general, and thanks to patent expiry, most LEGO-compatible clone products are perfectly legal and, in many cases, fine products in their own right. Brands like Mega Bloks and Oxford are respected and aren’t trying to convince people that they are LEGO.

Then you have something like this. A notorious company called “Lepin” that shamelessly tries to pass off its products as LEGO products. From the packaging to the actual sets, this company blatantly steals from LEGO in an attempt to dupe unwitting people into thinking they are getting the real deal at a very low price.

Most of the time the box art on the set is just plain stolen from the LEGO side. So you’re not even seeing a picture of the actual product that you’re buying. Ironically, while Lepin is perfectly happy to steal the LEGO trademark, they won’t go as far as ripping off the Disney logo. I guess Lepin doesn’t want to tangle with the truly big dogs. 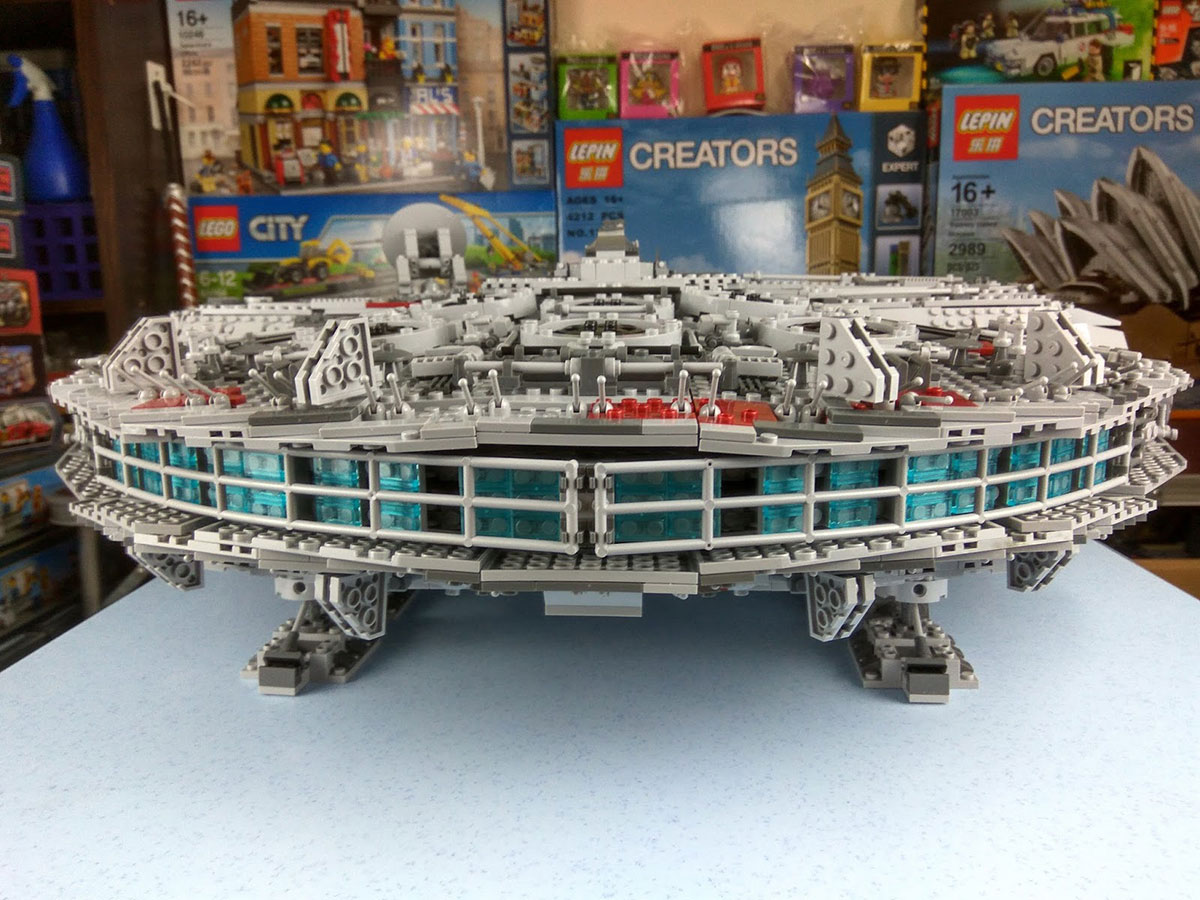 While I can’t personally support Lepin’s approach to their product, it’s a strange irony that the actual product doesn’t seem all that bad. I haven’t had the misfortune of spending my own money on a Lepin set but, irritatingly, many of the reviews I’ve read indicate that the actual bricks are pretty decent. Lepin has actually cloned some major LEGO sets which LEGO themselves no longer make or that simply cost far too much for the average person to afford.

The quality is not quite equal to LEGO, but it’s certainly good enough so that many people won’t care. There are reports of shoddy quality control, missing pieces, and so on, but not enough to dissuade the average buyer. So I can understand that someone would pull the trigger on buying such a set knowing exactly what they’re getting in the deal. The fact of the matter is that by supporting a company like Lepin, LEGO fans are hurting themselves, LEGO, and the LEGO community as a whole.

Why are Lepin Sets so Cheap?

The simple answer is that Lepin does not have to pay for things such as design, marketing, or any of the other things that LEGO has had to invest in to bring us their product. One of the main costs is licensing fees. Companies like Disney take a significant chunk of each sale. That’s why LEGO gets to make those sets we all crave after. So it’s not just about adequate tooling and skilled labor, it’s about creativity and the people who make a living providing creative designs, instructions, and everything else that makes LEGO so great. 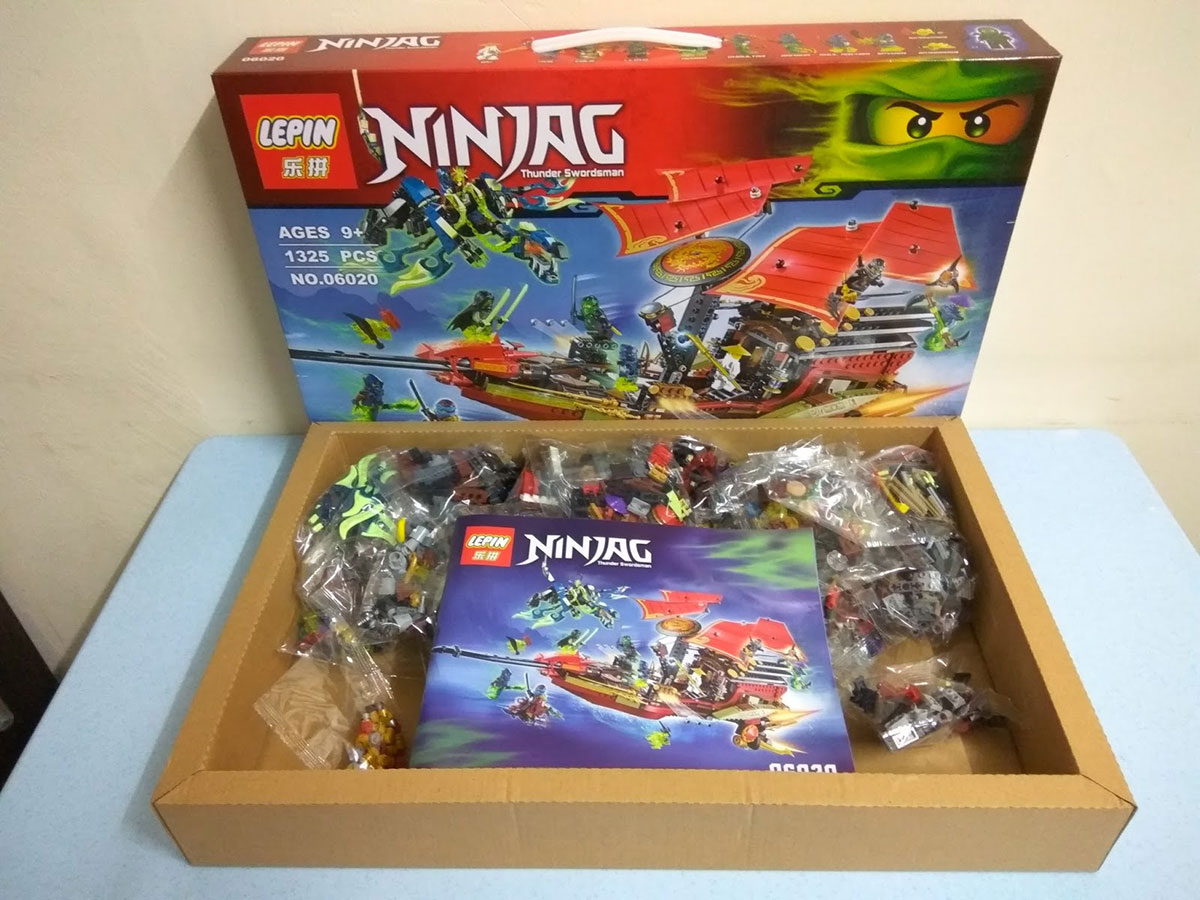 One of the reasons that Lepin is such a problematic clone brand is because they don’t make a terrible product, so people are tempted to support them financially. That’s a signal to Lepin that what they’re doing is good, which leaves LEGO to fight them on legal grounds. The problem is that companies based in China and other parts of the Far East have been notoriously difficult to challenge on IP grounds. The Chinese government in particular doesn’t have much interest in helping foreign organizations interfere with local business; especially if that local business is paying its dues and filling the tax coffers.

That means that we as LEGO fans are the only ones who really have any sway here. The only way to get Lepin to change its ways and go ahead on its own steam is to stop buying its products.

The Price of Cheap

The main draw of Lepin sets is the fact that they replicate real LEGO sets, piggybacking on the hype that already exists. The thing is, if you know that what you’ve bought is a knockoff, and one that will harm your hobby in the long run, how much joy can you really get from building it? Do you want to display a Lepin set? Can you even resell it?

In the end, this is a choice that every LEGO fan has to make. It’s a major temptation, being presented with that Death Star or Millennium Falcon that you can both afford and get your hands on. Most of what Lepin does is not actually illegal, and I really believe that the company can redeem itself and become a preferred supplier of LEGO-compatible products. We as fans just need to help them get there with a friendly nudge.