On this site you’ll find a quite extensive article detailing the smash hit game Minecraft. There are two reasons that I even mention Minecraft on a site dedicated to LEGO. First of all, there are official Minecraft LEGO sets, which means it counts. Secondly, Minecraft is the game that LEGO should have made.

Despite a whole range of fantastic LEGO adventure games with licenses spanning properties from Disney, Marvel, and beyond, there had yet to be a LEGO game where you do what the core LEGO experience is about – building with LEGO. That all changed with the release of LEGO Worlds, a game specifically about LEGO. But this is not, as many people thought, a clone of Minecraft. LEGO has gone its own way to provide something uniquely LEGO that fans can enjoy alongside Minecraft, rather than in its place. 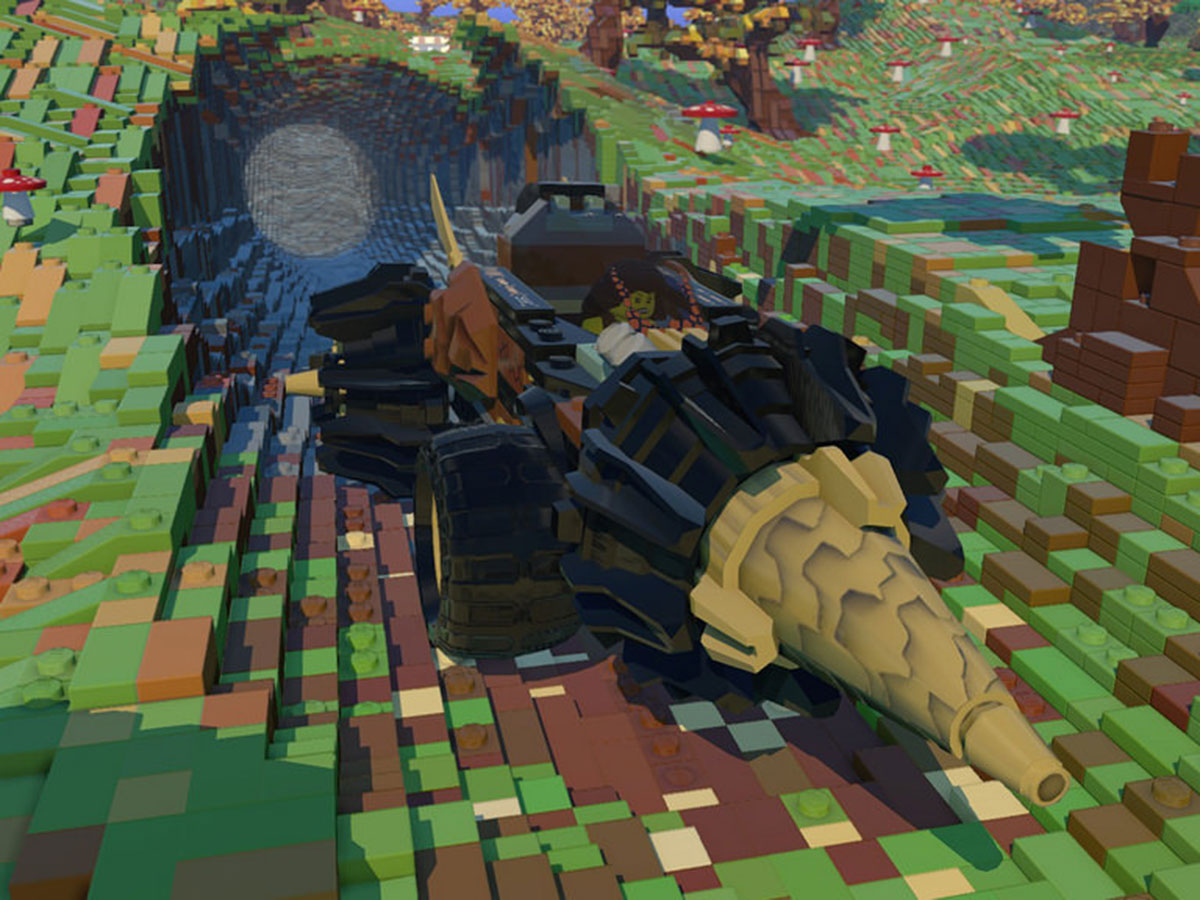 Previous hit LEGO games have been rather linear affairs. You play a character that roams between different zones connected to a hub zone. In each area you complete some tasks and collect items until you’ve cleared that part of the game. This continues until the story is all done. LEGO Worlds, on the other hand, is a “sandbox” game. In other words, you have a large amount of freedom and very few structural rules. It’s more like a big virtual toybox rather than being a game in the strictest sense of the word.

Whereas Minecraft just sorts of dumps you in the world and lets you figure things out for yourself, LEGO Worlds has a rather long tutorial which teaches you all the main mechanics of the game. While that takes away from that mystery magic that Minecraft has, it also makes the game much more accessible to players of all sorts.

You’ll get to create your personal character, although you’ll keep coming back to this as you unlock more and more bits for your minifig avatar. Soon you’ll learn about the discovery tool and how you can explore the world, finding new bricks and structures you can use to build things.

You can build using pre-defined sets or you can do so brick-by-brick. You also learn that you can’t just jump straight into building your own LEGO worlds, but that you first have to meet some collection requirements. More and more tools are introduced that let you copy things, erase things, and place things. When you’ve done all your learning you get the final prize of “free building” mode, where you can make your own LEGO worlds.

Many LEGO fans may consider the more “gamey” elements of LEGO Worlds as besides the point, so it’s a good thing that the brick-by-brick editor is quite decent. To be honest, the quest elements aren’t all that great, since you can just get around most challenges by using the building tools. This seems like a real opportunity lost for building proper adventure into the game. Still, with working vehicles and the beautiful rendering of LEGO bricks, this is a game that will provide plenty of entertainment for the LEGO fan of today.

One of the reasons that Minecraft has been such a success is the fact that you can play and build with other people. When LEGO Worlds was launched it, sadly, did not have multiplayer in place. But late in 2016 the feature was added, at least in beta form. So now it’s possible to hook up with your buddies and get your LEGO on, er, online.

LEGO worlds is not the perfect LEGO game, but it is the first game to actually capture the spirit of LEGO. Even better, the technology in modern HD consoles is up to rendering beautiful digital LEGO that looks the business. There’s still some polish needed on this game and perhaps it will happen through patches, DLC, or a sequel. For now, this is the best way to get that official LEGO experience in video game form.