If you read my piece on the story of Lego, you may recall that the (finally) successful Lego brick design was patented in 1958. This patent expired in 2011 and many other Lego patents have expired before and since then. This means that Lego no longer has any legal recourse when another toy maker decides to make bricks that are compatible with Lego bricks. That may seem like bad news for Lego, but it’s good news for Lego fans who have a hard time stomaching the high price LEGO bricks can sometimes demand.

Believe it or not, competition is good for everyone. It’s good for LEGO and it’s good for fans of LEGO. Even if you never buy any LEGO-compatible brands, the legal presence of these products on the market means that LEGO has to provide better products for us in order to stay in business.

By far the most serious contender for LEGO’s crown has to be Mattel’s Mega Bloks brand, which has been around since (surprisingly) 1967. In February of 2017, Mattel split the brand. Mega Bloks is now the more kid-focused division and Mega Construx is the new name to look out for if you want the adult-oriented fare. 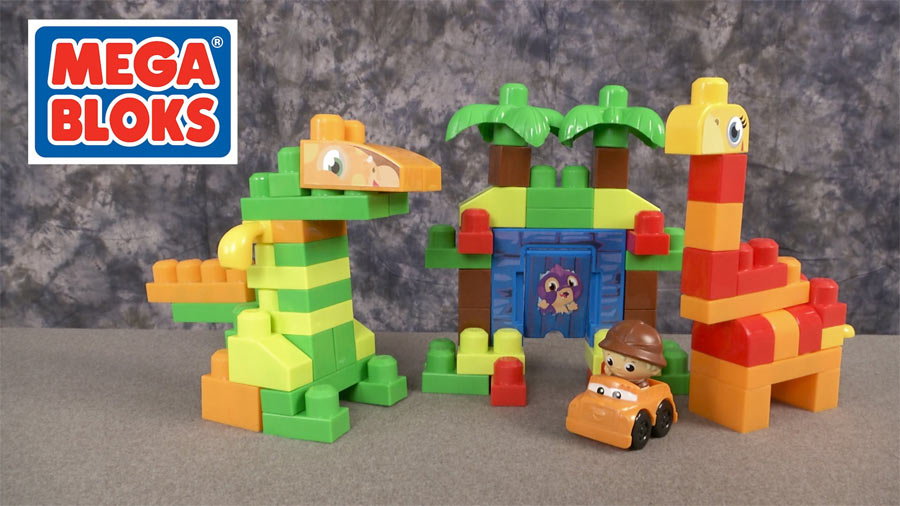 There have been no less than fourteen lawsuits against Mega Bloks by LEGO, and LEGO has lost every single one. So now it’s down to who manages to capture the hearts and minds of the public. While LEGO has a huge head start in that department, I think that the perception of Mega Construx and Bloks has been steadily improving. The Canadian toymaker has been smart about building associations with other trusted brands. It’s been featured in TV shows through product placement and advertisements, normalizing the product. They’ve also been keeping their licensing game sharp and have the rights to the likes of Call of Duty, Halo, and Warcraft.

Although the actual bricks are compatible with LEGO and DUPLO bricks, that doesn’t mean Mega Construx products are carbon copies of LEGO. One of the areas where they differ the most is in the figures they make. Mega Construx figures are realistic and articulated. Unlike the tube and stud attachment method, the LEGO minifig design will always be their own unique property. It makes sense that Mega Brands wouldn’t want to copy something so intrinsically LEGO.

These unique figures are actually one area in which Mega Construx is better than LEGO, in my opinion. Yes, they don’t attach to the actual bricks, but they do look much better and are to scale with the brick sets to which they belong. Often I’ll go for a Mega Bloks set simply because I like the figures but, of course, that won’t appeal to everyone.

One of the most glaring differences between Mega Construx and LEGO is in the build quality. LEGO has very stringent quality control when it comes to rejecting bricks. That’s never been the case with their Mega rivals, who have been happy to let some slightly iffy blocks slip through the cracks. The further back you go, the more noticeable the quality difference becomes. If you spend time reading the accounts of long-time LEGO fans, you’ll hear a similar refrain. When Mega Bloks first came out they were absolutely terrible. The fit between blocks was pretty unpredictable compared to LEGO, and the plastic itself had a substandard formula that led to breakage and brittleness. Mega Bloks sets were also much simpler and consisted of fewer parts, which limited how much free building you could do. Overall, if you got Mega Bloks for a birthday or at Christmas, there’s no way you wouldn’t feel done in.

That’s no longer the case. Modern Mega Bloks and Construx are made of a better plastic, and the quality control has improved by leaps and bounds. This is possible, at least in part, due to the licensing deals that Mega Bloks got in the early 2000s. Once Halo and Call of Duty were associated with the brand, the increased profits could be fed back into the product itself. Modern Mega Construx are still not quite as good as LEGO, but the gap is no longer catastrophic.

The Price is Right

Let’s face it, the combination of brand value and higher production standards means that LEGO bricks are expensive. Even used and in bulk, you are still going to pay a pretty penny for your LEGO bricks. Maybe that’s not such a big deal if you buy them set-by-set over long periods of time, but for those who like to free-build large projects it can be a big issue.

So the fact that Mega Construx bricks are so much cheaper means that you can use them for all sorts of purposes. For example, since they might not look as nice in terms of color consistency or finish, you may want to use them internally in your build where they’ll never be seen. Mixing LEGO and Mega Bloks may seem like a mild blasphemy, but if your purposes are to achieve a particular size and look, there’s no shame in doing it at a lower cost.

In the end, the hate for Mega Bloks/Construx by some LEGO fans strikes me as more than a little irrational. There’s no argument that LEGO is still a superior product overall, but you’d have to be blinded by fandom to ignore the massive strides Mega Brands has made with their product. Mega Bloks are a good product in their own right, and for fans of the franchises for which they have licenses, there is plenty to like.

So, in general, I’d say this about Mega Bloks/Construx as they are today – don’t hesitate to buy one of their sets if it looks like something you’d like. It’s unlikely you’ll be disappointed. If you want bricks for free building, it may be better to just stick with LEGO overall, unless you get those Mega Bloks for a really good price!