YouTube is one of the most popular websites on the internet, and I’m 100% sure you already know about it. It’s the number one place to upload or watch video content. In fact, YouTube has become a place where everyday people like you and I can make a living through ad revenue and community support.

If you produce content that your target community enjoys, then you too can build a following and entertain millions. OK, hundreds – TENS at least!

While I don’t actually have a YouTube channel myself, I do watch a lot of LEGO YouTube content, so I think I’ve developed a good general sense of the sorts of channels that are out there. So, depending on whether you just want to find content or are thinking about getting into the LEGO show business groove yourself, think of this as a handy summary of the main types of LEGO content out there.

This is possibly one of the easiest types of video content to create. If you are spending money on LEGO anyway, why not make videos of your purchases and share your thoughts on the product with the world?

Yes, this is a very common type of video, but if you have the personality and editing chops to make something engaging, you can still stand out from the crowd. If you build a reputation for reliable reviews, you’ll draw in repeat visitors. And if you become popular enough, you could even get free LEGO to review!

One of the things that you want to do on YouTube is find your niche; some of the best LEGO YouTube channels I find are the ones that focus on something very specific and then go deep with it. If you do this, you set yourself apart from everyone else – but, of course, limit yourself to a niche.

So what do I mean when I say limiting yourself to a single niche? Well, there are channels out there that focus only on, for example, LEGO Chima or Technic or even Mindstorms. If you want something else you’ll have to go to a different channel, but for fans that care about that one product line you really push the depth of what you do.

I’ve written a whole article about LEGO stop motion films elsewhere on the site, but I’ll mention them here again.

The making of animated LEGO movies has become quite a thing, and the best of these remain incredibly popular. There are all sorts of approaches to using LEGO in animated film. People will remake movie trailers for upcoming blockbusters, for example. That’s pretty smart, since if there is a lot of buzz around an upcoming movie you can get lots of hits. This is, as an example, a pretty great remake of the Wonder Woman trailer in LEGO.

You can also mix live action with LEGO, although it’s a pretty advanced technique.
Look at this incredible LEGO breakfast video:

I just love these sorts of videos myself and, clearly, with over 500,000 views there are enough people out there to make it worth it.

It often happens that people would like to see a video of a LEGO set being built. It doesn’t matter whether it’s a cheap set or a big expensive one – there are many reasons someone would want to see a step-by-step video of a LEGO build.

Perhaps they want to see if a set is going to be fun or they want to experience a set they can never afford themselves. Sometimes you just get stuck in your build and want to see what the right way is to do things. So if you are a skilled and experienced builder, why not share your expertise with the newbies?

Unlike a “let’s build” video, these videos are all about learning the ins-and outs of LEGO. You can show off specific building techniques or showcase your own free-building models. If you think you have what it takes to be the teacher when it comes to LEGO, then this is the perfect sort of channel for you.

It takes a clear mind and the ability to think logically and put yourselves in the shoes of the viewer, but if you’re a good teacher then this could be the ticket to big viewership numbers. Never underestimate how insanely popular LEGO is. 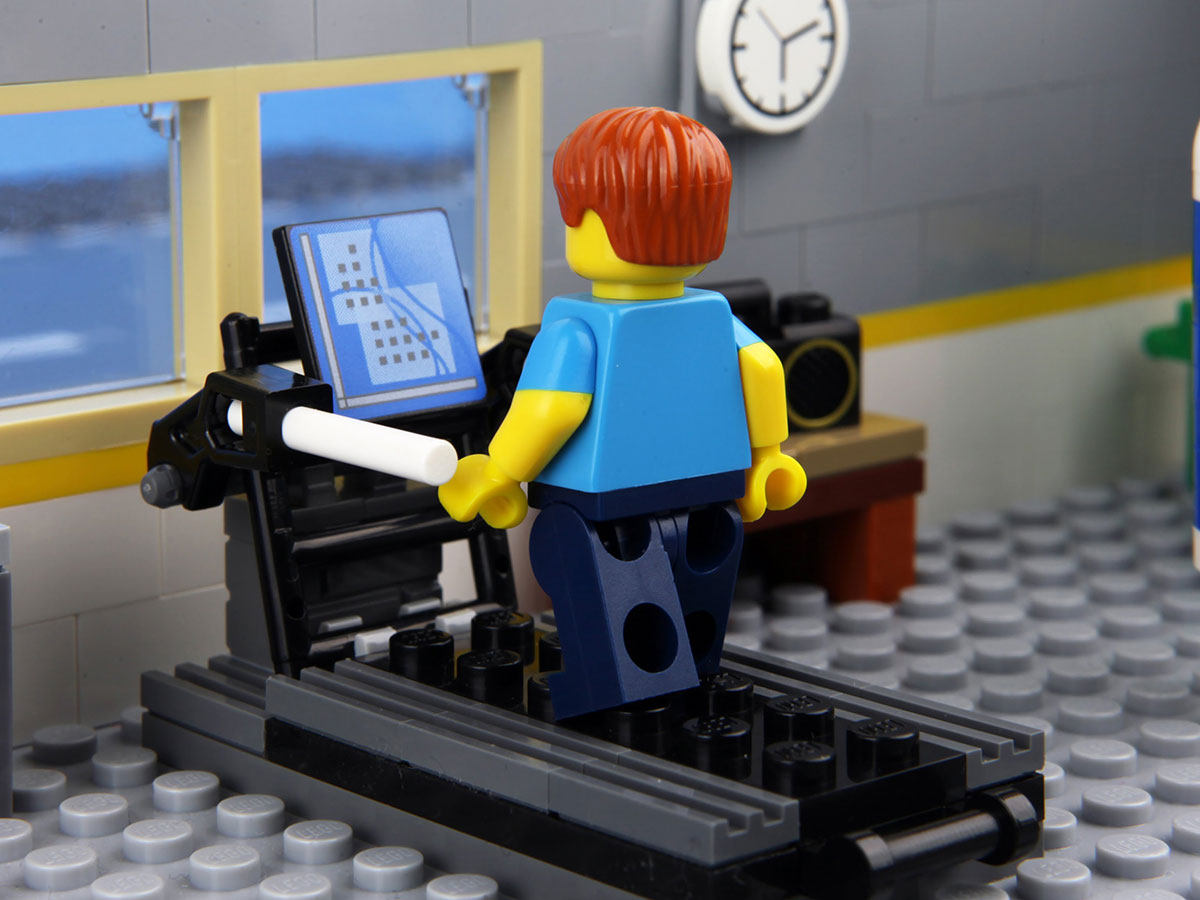 This is the big-ticket stuff. Are you building a life-sized X-wing? How about a working LEGO engine? If your project is at the wild and wacky end of the LEGO spectrum, YouTube is a great place to showcase it. It can also be a good place to get support and funding, as I explain below. Master builds can be something you work up to and attain with the support of your fans.

Have you ever heard of a guy called PewDiePie? His real name is Felix Kjellberg and he’s the highest-earning guy on YouTube. How much? Apparently in 2015 alone he earned a cool $12 million.

Felix pioneered a type of video content known as a “let’s play”, where the YouTuber plays a game and you the viewer, well, watch them do it. Kids in particular love to watch personalities like Felix play their favorite game, but you can pitch your commentary at any age group you like. It’s perhaps a sad state of affairs, but if you’re a pretty girl or handsome man you can even capitalize on that – whatever works to get and maintain an audience!

Although it’s not exactly LEGO, you can also use other builder-genre games such as Minecraft (which is still MEGA popular) or the LEGO equivalent of it – LEGO Worlds.

If you want to make videos there are plenty of guides out there to help you make stuff at every quality level, but to get started you really don’t need much more than a smartphone camera, smartphone tripod, and a good microphone. You also need at least a basic video editing program (I’ve even used iMovie on my iPad) and, of course, an internet connection that gives you enough bandwidth to do uploads.

Making Bacon: How Do People Make Money From YouTube?

You may have heard that some people are making a fortune from YouTube, but do you know how?

The main source of revenue for YouTubers is ad revenue from the built-in system with which YouTube is equipped. All you have to do is apply for your account to be monetized; as long as you comply with the terms and conditions, you can set ads to play alongside your videos, getting a little bit of money every time someone clicks on one or watches it for a set amount of time. You have some control over the types of ads that your video displays, but not much more than that.

The other complementary source of revenue is crowdfunding. You can ask your viewership to support you directly by donating a small amount through a service such as Patreon. If you want to produce specific projects (such as a large and expensive build) then you can use something like GoFundMe or Kickstarter. If you are punting LEGO products, you can also become an affiliate with sites such as Amazon; if anyone buys LEGO thanks to your recommendation and clicks your affiliate link, you’ll get some cash. In fact, that’s also how we make money for maintaining this website.

Of course, to get people to actually fork over cash to support your LEGO habit you have to build trust and a reputation as an excellent content creator, but that job is all on you.

Are You a Tuber?

Half of the fun of LEGO has always been the act of sharing your creations with other fans. That’s why we form clubs, go to conventions, and otherwise try to engage with other people who have the same unhealthy obsession with small plastic bricks.

YouTube gives us the ability to do that on a global scale and has woven together a massive LEGO culture online. Yes, it’s possible to make money and sustain your hobby online, but the real reason to share what you do online is because you love LEGO and want to connect with others that feel the same way.