No other toy has unlocked the diabolical engineer within the hearts of the masses as much as LEGO Mindstorms. While the pre-made sets are fiendishly challenging by themselves, there are some people out there who simply can’t get enough of the robotic wonder toy from the plastic brick makers, so they end up birthing unbelievably creative and often useful machines that must be seen to be believed.

While there are, of course, many LEGO projects in other ranges such as Technic or just plain old LEGO that are plenty impressive, the addition of the Mindstorms intelligence, motors, and various sensors means that these creations deserve to stand on their own. 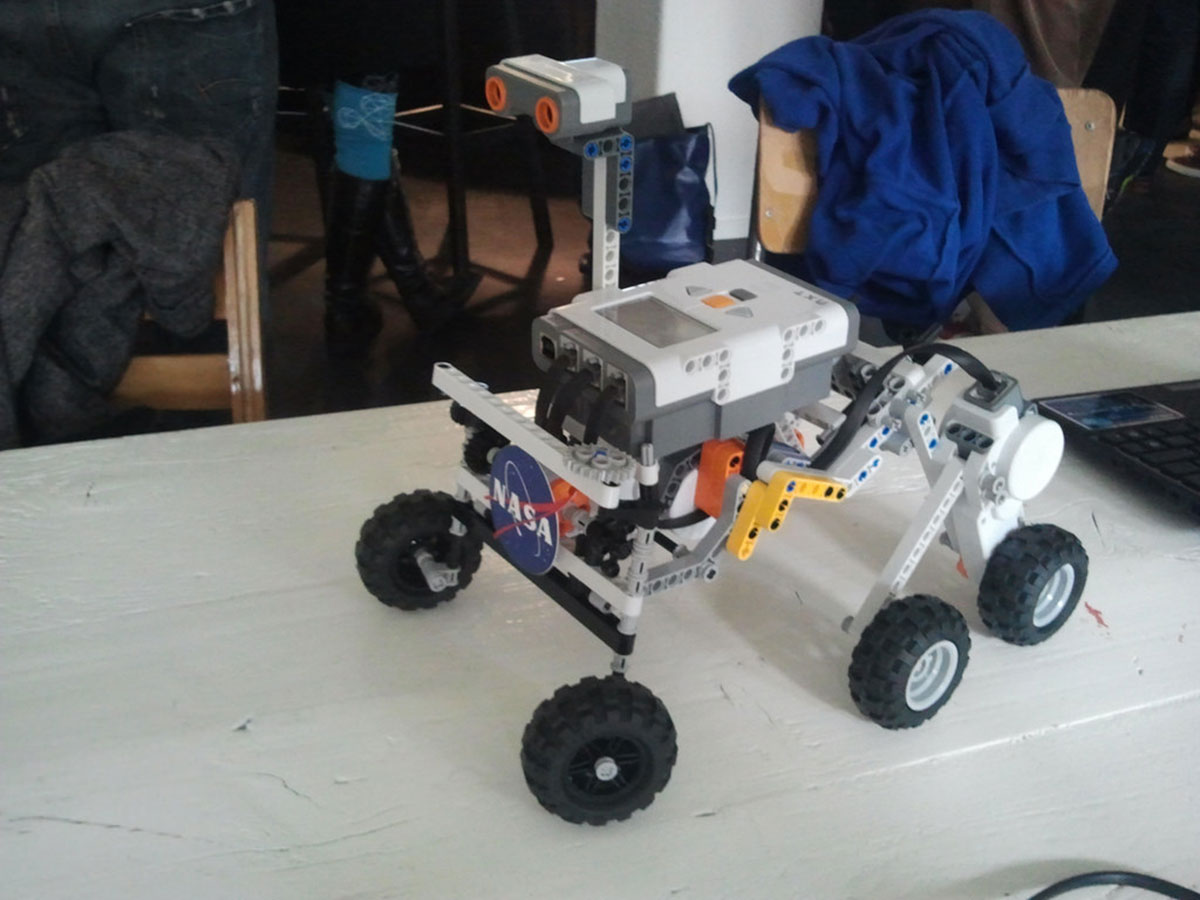 The EV3 kit is the current darling of the Mindstorms range at the moment, and it’s involved in just about every build you see here. It’s a system with a lot more capability than people may give it credit for, and it will give the average smartphone a run for its money in terms of processing power. This is a good thing, because these crazy people decided that they would try to build another type of cutting-edge technology by using LEGO. The tech in question is, of course, a 3D printer – a machine that takes digital plan and then recreates it as a solid structure. While Mindstorms are pretty expensive, it’s nothing compared to the cost of even an entry-level 3d-printer.

The EV3Dprinter makes use of one major non-LEGO component. It uses a cheap ABS-plastic filament pen as the print head. The actual parts aren’t that complex. There are about 650 LEGO pieces in total. This includes the single EV# P-brick, two actuators, and four motors to accomplish the amazing feat of turning one incredible machine into another incredible machine.

There have been more than a few people who have used their Mindstorms to build working assembly lines to make all sorts of useless, but cool things. The sheer cool factor of seeing a working miniature factory right there in your house cannot be denied. Of all of these assembly lines, the one that I find the most impressive myself is a model car assembly line. Feed it with raw bricks and it builds little LEGO cars. Just watch this:

Impressive?
Well, you ain’t seen nothing yet!

This was shown at LEGO World 2013 and took three designers to create. Honestly, I could watch these assembly lines do their thing all day long.

This was one of the very first Mindstorms machines I saw that made me stop in my tracks and say “Wow”. Basically, it’s a robot made of LEGO that will build any LEGO structure that will fit on its bed. In a way it’s a simpler version of the 3D printer we talked about above, but that takes nothing away from this creative use of Mindstorms. This is built with the older NXT generation of Mindstorms. I also like the idea of a LEGO machine building more LEGO stuff. It’s just so, like, meta, man.

I’ve tried my hand at the classic Rubik’s cube a few times over the years, but usually give up in five minutes when I remember how much I suck at it. The good news is that you can build a Mindstorms robot to solve those pesky Rubik’s cubes that you have lying around. There are many different designs and most of them can solve a cube from any starting position very quickly. The king of these machines has to be the monstrous Multicuber 999. This beast solves 9x9x9 cubes rather than 3x3x3 ones.

In this video you can watch the Multicuber 999 solve the cube in an impressive 34 seconds.

That still doesn’t explain what sort of person looks at the 3x3x3 cube and goes “I need more.”

Pinball machines aren’t common or popular at home for obvious reasons, but you can have a crack at building a working table using Mindstorms (and a few other things). There have been a few Mindstorms pinball tables over the years, but the LEGO PBC1 is the model that I personally find the most impressive. Although the core of the table is indeed Mindstorms NXT, there’s a lot of help from other components. There’s an Arduino microcontroller system, which is a powerful and popular hobbyist tool. There are also LittleBits, which are these clever snap-together electronic sensors, motors, and other doodads.

In all, this tablet uses over 4000 LEGO pieces and there’s even an MP3 player thrown in for good measure. Just look at it go!

It even has a working coin-op system. It’s just ridiculous.

Disney has the popular Pirates of the Caribbean ride at their theme park, and LEGO has some official sets from that license too, but this intrepid builder decided to create an entire pirate theater using Mindstorms NXT.

That might as well be black magic, if it depended on my ability to figure out what the heck is going on behind the scenes. Even after they show us what the setup looks like backstage, it’s still too complicated for my tired brain.

As a guitar player myself, I was a little taken aback at the ability of this Mindstorms robot to knock out the tunes on an acoustic guitar. Yes, the motors are too noisy and yes, it’s limited to the open position, but it’s still an incredible mechanical musical machine.

The same creator also used those genius LEGO design skills to build another machine that plays the piano.

If this keeps up, we’ll soon have entire Mindstorms bands!

This is what you get when those smart college kids play with LEGO all day. This is a robot that automatically lays a bridge that it can then cross. It’s an incredible and intricate dance. Of course, machines like this exist in full scale, just check out this M60 AVLB.

But what makes the Mindstorms machine so amazing is that it’s autonomous. It uses six different sensors to do the job. Two of these are ultrasonic, two are touch sensors, and then the last two are color sensors. With a bit of clever programming and the right hardware, it’s almost like magic.

The first industrial revolution was driven by steam power and, of course, the transformation of the textile industry from hand crafts to large automated mechanical manufacturing. The rise of industrial looms was the cause of the Luddite anti-technology movement, and even today the march of automation makes a lot of people uneasy when it comes to our jobs and livelihoods.

None of that makes a Mindstorms loom any less impressive. There have been a few, but this is one of the most recent ones that uses the new EV3 generation of Mindstorms.

It’s not the biggest loom I’ve seen, but I like that you could build one of these and have it knit you as many scarves as you want, as long as you just kept feeding it wool.

When chess master Gary Kasparov was defeated by IBM’s Deep Blue, the world gave a collective gasp – yet another human achievement topped by a machine, which was not only taking on our physical abilities, but also those of the mind. That was an incredible moment in human history, but this is just a very cool LEGO robot that can physically play chess with you. It’s a combination of many elements that would each be a big project by themselves, but once again if you put those super smart university types on the job then they’ll show us all how it’s done.

Sure you can play chess on a computer with fancy graphics, but in the end there’s nothing like the feeling of real pieces in your hand. Also, it makes you feel like you have a friend, not that I have that problem…

I have to freely admit that I don’t have the patience or talent to even build the Mindstorms projects that LEGO pre-makes for us. The people who have built these LEGO wonders look at that pile of Mindstorms parts and see whatever they want to. Even worse, they make it happen!

Yes, I’m envious, can you tell? But no level of envy can change the level of admiration I feel. Also, it makes me think that even regular LEGO is too complicated for me. Oh well, back to DUPLO it is.