If you’ve had the time to read my page on the history of LEGO you’ll recall that in the beginning there wasn’t really anything like a LEGO “set”. You bought a number of bricks and you free-built whatever your imagination could come up with.

Since then, LEGO has gone through decades of expansion and evolution to give us all the wealth of LEGO lines and sets today. All the licenses and theme sets mean that you never have to be in doubt what the story is or how things should be put together.

Well, when it comes to LEGO Classic, you can forget about all of that. This is a series of products that I’m really happy exists, and hopefully they’ll be around for a long time yet. 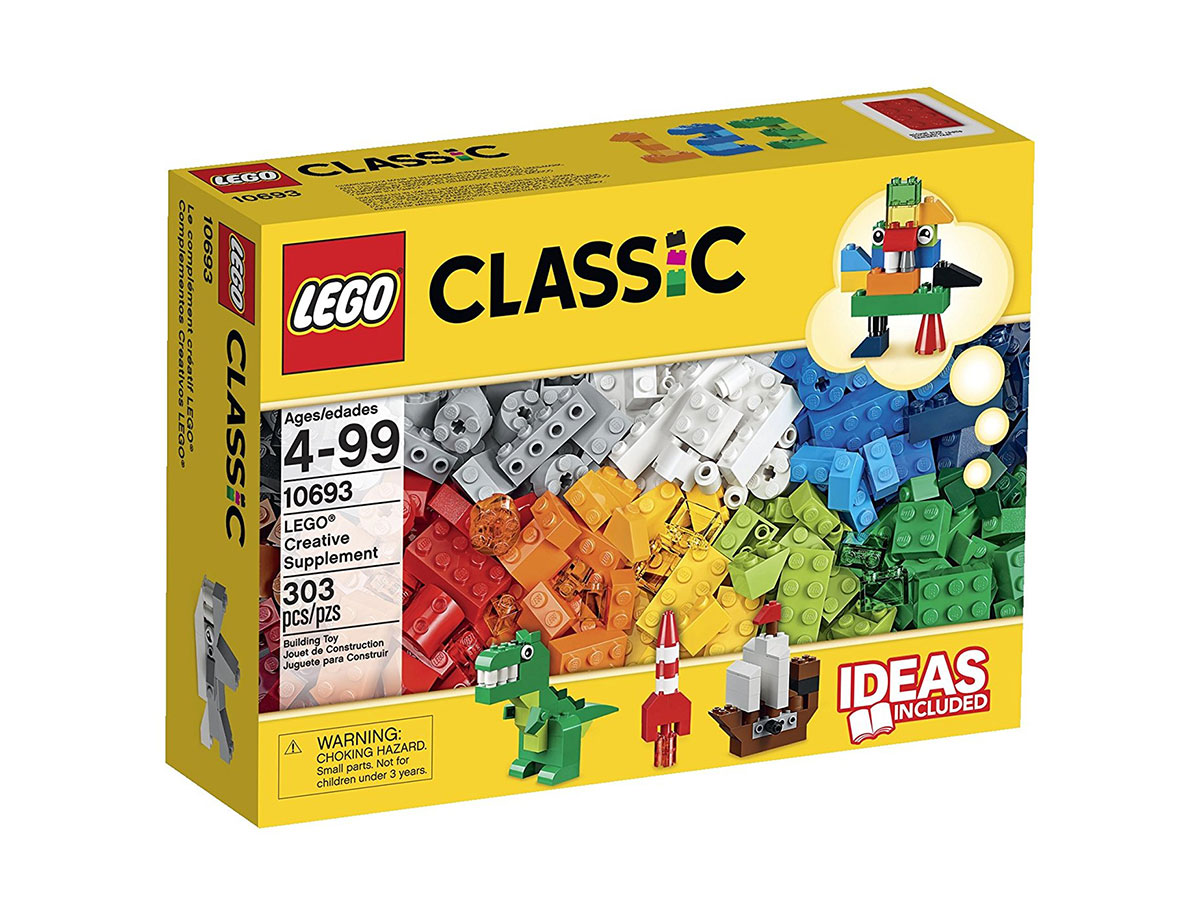 LEGO Classic sets are collections of non-fancy, basic LEGO bricks that let you build whatever you like. Each set does include a little book containing many models that you could build with the set, but the real point is to build whatever you want to.

The LEGO Creator series actually fulfilled this purpose before, but evolved into the Expert range that is aimed at older LEGO fans. So it seems LEGO decided to split the product lines once again, and LEGO Classic will be the basic LEGO experience from here on out. It’s a good move, since the branding and look of the Classic product is bold and evocative of LEGO from yesteryear.

LEGO Classic clearly has an agenda which favors younger LEGO fans, but AFOLs (Adult Fans of LEGO) should definitely pay attention as well. If you’re OK with the color palette on offer, there’s no cheaper way I can think of to get a bulk amount of bricks into your possession.

In any event, AFOLs love building bright and colorful models as much as anyone else. The recommended age on the box does after all say 4-99!

Although it’s not true for the smaller sets, a great thing about the some of the larger LEGO Classic sets is that the boxes they ship in are suitable as long-term storage for brick. LEGO is aiming to provide great starter sets for young fans, so you don’t even have to worry about where to put the bricks at first. The tubs are cardboard, but if you take care of them and they don’t get damp, they should last a long time.

LEGO classic bricks are sold in various tub sizes – one for every sort of budget. The biggest set is the LEGO 10679 Creator XXL, which you can find here on Amazon.

This 1500 piece box includes bricks in 39 different colors and has plenty of special pieces to help create a variety of different models. You might think starting off with the largest bundle is a bit presumptuous, but you’re only looking at about 80 bucks for 1500 pieces of LEGO, which is about 5 cents apiece. That’s an insanely good price, and even used bricks hardly ever go for as little as that.

It’s not just about bulking up your collection of bricks, either – the LEGO Classic sets come with a number of pieces that you can’t find anywhere else. They do go with the more cartoony aesthetic of LEGO Classic, though, so if that’s not your thing, you may not care at all for it.

I love that LEGO provides this no-muss, no-fuss take on the product that first made it such a popular toy. If you have kids or want to introduce a younger person to LEGO without the baggage (or price!) of licensed LEGO sets, you can never go wrong with LEGO Classic. Also, you should know that more model inspirations beyond those included in the box are available on the LEGO Classic website, so be sure to swing by if you get a chance.