All you need to have fun with LEGO is a table, some bricks, and your imagination. Sometimes, however, we simply run out of ideas. Alternatively, you know what you want to achieve, but you just can’t get it to work in practice. Sure, you can head straight for YouTube and find advice and guidance from gifted amateurs all over the world. But there is still something special about cracking open a big, illustrated LEGO book and knuckling down for professional advice.

That doesn’t mean you have to get an actual paper book of course – this is the 21st century, and you all read ebooks every day now. Regardless of how you read them, in this article I’m going to highlight some of the best-regarded LEGO books you can buy today. Some are official LEGO publications and others are third-party books, but they all are guaranteed to up your brick game in one way or another. At the very least, they have pretty pictures. 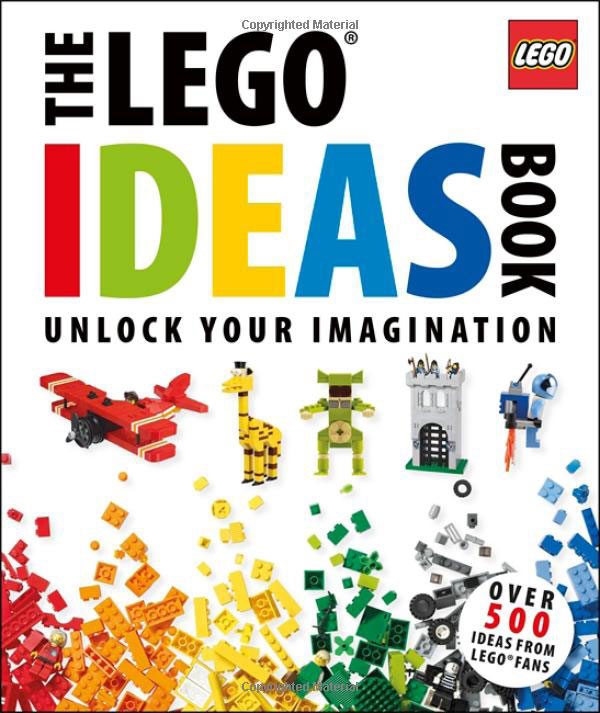 This book by Daniel Lipkowitz is a bestseller and only available in hardcover format. Thankfully, it’s pretty affordable at only sixteen bucks or thereabouts. More than a million copies of this book have been purchased by LEGO fans across the globe, so what’s special about it?

Basically, this is like an inspiration bible for a LEGO builder. The book is divided into six overarching themes, such as transport, buildings, and so on. You get all these basic templates for things like planes or castles that you can then customize, in line with your imagination or the bricks that you actually have to hand. There are also lots and lots of general building tips and tricks that have been collected from gifted master builders. If you’re going to buy any LEGO book, this one is the closest to a usable LEGO bible you’re going to get. 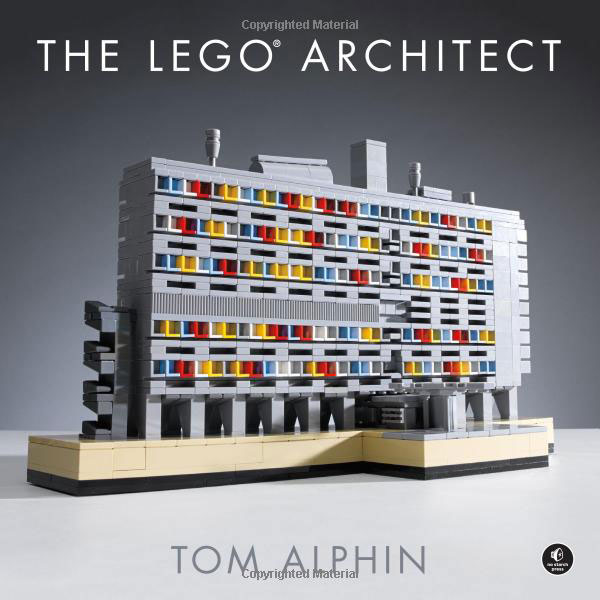 You can’t go long in LEGO circles without someone mentioning this book by Tom Alphin. Alphin is an utter LEGO nut, and if you spend any time on his blog you’ll soon realize that there is a level of LEGO fandom that could be considered “unhealthy”. Still, thanks to the mad obsessions of Mr. Alphin, we all benefit in the form of his incredibly useful writings.

The LEGO Architect is as much about architecture as it is about LEGO. Alphin takes us on a tour of the various styles and how they can be realized as LEGO models. It’s thorough, well-written, and has gorgeous illustrations. While you can buy the digital version for much less than for print, you really should consider the physical copy since few tablets have a screen sized to do those pictures justice.

The work has eight chapters. The first seven cover styles such as Neoclassical, Art Deco, and Modernism. The final chapter is the practical builder’s guide, which helps you master your own style and approach. This is the perfect companion to the LEGO Architecture Studio brick set; you can build just about everything illustrated here with that set. Unfortunately, this has led to the misconception that you need the Studio set in order to build any of this. The author has made it clear that those blocks were used because they made for clearer illustrations and nice photos, but that you can use ANY LEGO to build these structures. In fact, improvisation with the bricks you have is one of the main things he tries to teach as a building philosophy.

If you care about building model LEGO structures at all, this book is essential reading. Everyone from amateur hobbyists to actual architects will likely find something of value here.

The LEGO Animation Book: Make Your Own LEGO Movies 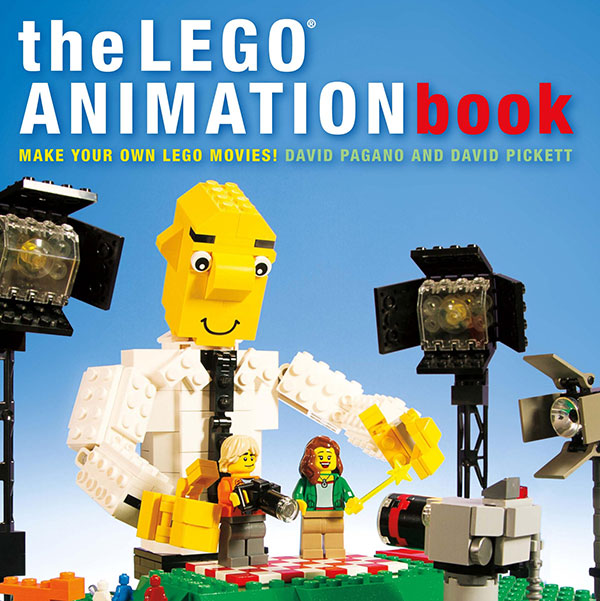 Unless you’ve been living under a rock, you must have seen one of the many brilliant LEGO stop-motion animations that have been uploaded by dedicated fans of the toy. These intrepid (and very patient) filmmakers have done everything from completely original stories or concepts to straight up remakes of existing movies, scene for scene.

For example, here is a LEGO remake of one of my all-time favorite movies: Back to the Future.

Isn’t that awesome? Think about all the fun things it holds in store for the LEGO fan. First, you get to build sets and vehicles; then you carefully take stills for each frame of movement and then stitch them together on a computer. But, as you can imagine, it’s a bit more involved than just those broad steps. You need to know all sorts of things such as proper lighting, how to track shots in stop motion, and much, much more. There are a lot of genuinely useful things you can learn about film while making your own LEGO movies.

This is where the LEGO Animation Book comes into play. It’s available as both a digital copy or a paperback. This is not just a short little guide you’ll find on a blog somewhere. Author David Pagano goes over every step and every detail of LEGO film creation – most of which is also directly transferrable to film-making as a whole. You’ll learn every step of the production process, from story boarding to post-production special effects. With this book stuffed in your back pocket you’re set to become the Spielberg of LEGO films, and who knows where these new skills will eventually take you? 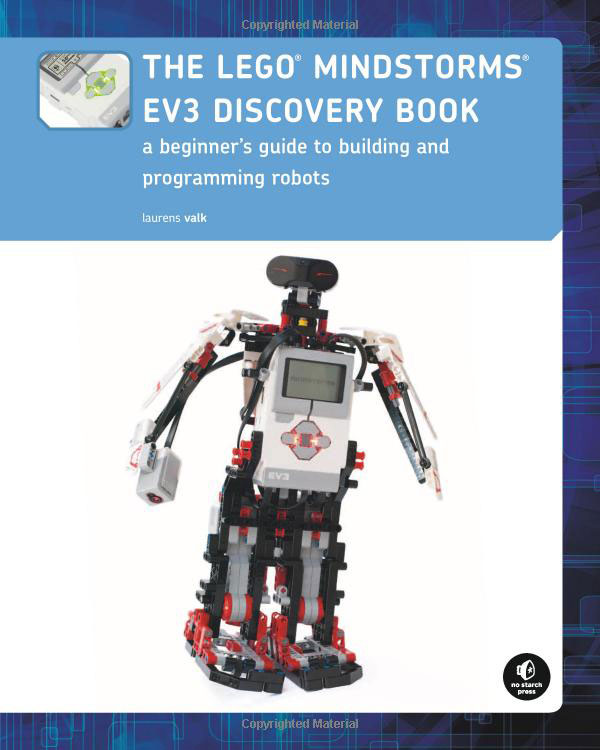 Mindstorms are undoubtedly the toughest form of LEGO to master, but if you can get the basics down there’s almost no limit to the incredible things that you can make. For many people this is their first foray into both programming and robotics, which is why it’s such an incredible educational tool.

Despite this, the sharp learning curve with Mindstorms remains an issue. Although LEGO makes some pretty good instruction sets, they don’t do much other than guide you through the admittedly complicated steps that go with a pre-made set. Once you venture into the wild waters of making your own Mindstorms, it can be hard to even know where to start. That’s where Laurens Valk and her EV3 Discovery Book comes into the picture.

The book contains several projects that not only give you an awesome Mindstorms machine to play with, but also serves as a way to help you explore the various aspects and methods you need to master. These include a robot arm, a humanoid robot, and an awesome hexapod.

What’s great about his book is that total beginners can get started with it. It makes no assumptions about experience regarding the building of Mindstorms nor the programming of them. Easy to understand, with great full-color pictures – this is an essential buy for anyone who wants to take on the challenge of EV3 Mindstorms. 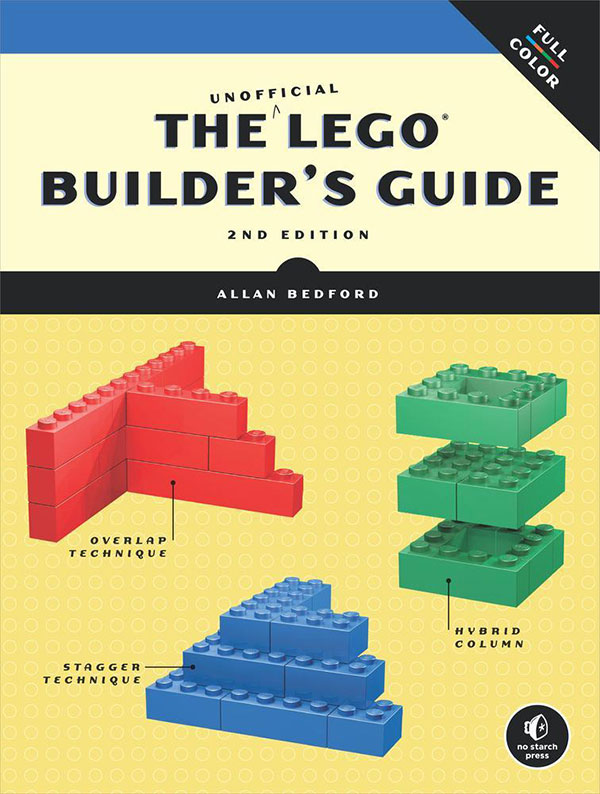 No matter what hobby or art you pursue, it’s always true that you won’t get far without getting the fundamentals down. Even basic LEGO building has a surprising number of fundamental things you need to do right in order to make the fancy stuff work properly.

In this book, which is now in full color, Allan Bedford shows us how to stack those bricks to make a strong model that won’t fall apart, or how to get certain end results you just can’t figure out. The book teaches you lots of practical abilities, such as knowing how to substitute a piece you don’t have with the ones in stock. It will also show you how to build at various scales, and do some of the more offbeat LEGO projects such building a photo mosaic from LEGO.

Be warned, however, that if you’re a LEGO veteran you need to make sure you read all the online stuff about new building methods, or else this book may not do all that much for you. On the other hand, if you’re new to LEGO, have kids who want to learn, or just need a reference, this is a highly recommended text that has a place in any LEGO fan’s library. 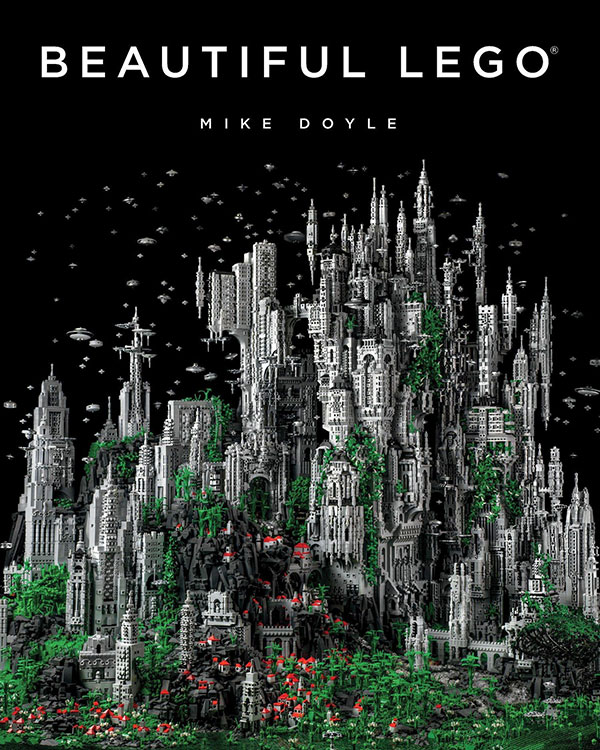 I may be cheating with this last one, since it’s not strictly “instructional” as such. In fact, it’s definitely more “inspirational”. This collection of amazing LEGO sculptures is fastidiously photographed and presented as the work of art it is. Although no one is going to tell you how these masterpieces were built, simply seeing these detailed images is sure to give you ideas that simply had never occurred to you before.

While books may not be the most exciting thing to consider when you really just want to have fun, LEGO are thoughtful and slow-paced toys that ask for preparation and knowledge in order to get the most out of them. There are heaps and heaps of official and unofficial books out there, but I think if you start with this list you’re getting the most bang for your buck.