When you buy your EV3 set and take it home, you’ll find several robots that you can build from an included set of instructions from LEGO. The bundled designs from LEGO are pretty great, and the EV3 robots are pretty mind blowing if you compare them to the older NXT generation.

Once you’ve built all of them, however, what do you do then? Of course, you can jump straight into making your own robots, but for many of us that’s a big leap; we still need to learn a little more about the design process and custom programming.

The good news is that many builders like to share their creations on the internet. Other people can then build on what they have done and even improve the original design and code. This makes building the projects of other fans such as yourself a great stepping stone toward becoming a fully-fledged builder.

In this article, I want to highlight five projects that I think are neat challenges for the person who has exhausted what the boxed EV3 set provides but isn’t yet ready to just go at it themselves. 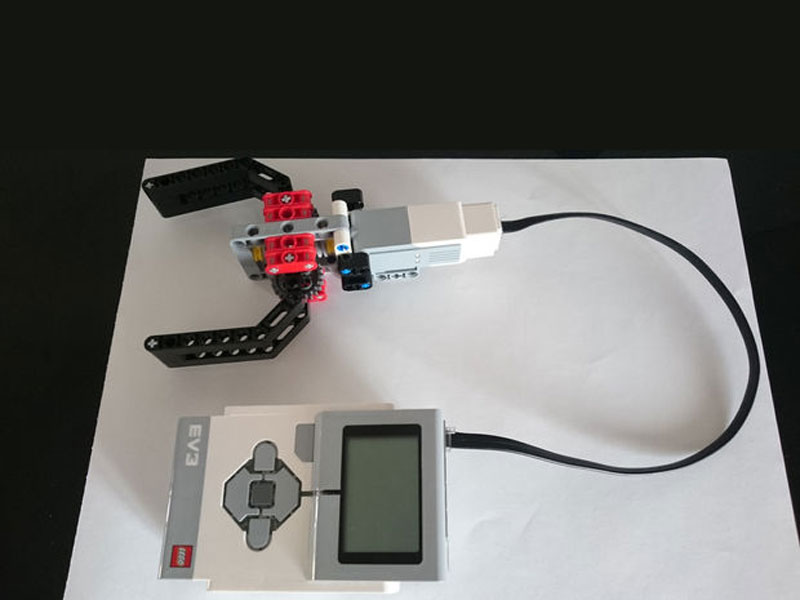 One of the most fundamental concepts in robotics is the end-effector – the tool that goes at the end of a robotic arm so that it can interact with things. Building an effective gripper claw can actually be more complicated than you may think. Although it’s much, much simpler than trying to build an entire hand, you still need something that’s simple and efficient.

You want it to be as simple as possible for a couple of reasons. For one thing, most of us don’t have an unlimited supply of parts to build things as complex as we want to. When you start getting into the high-end sophisticated grippers, you’ll need more than just your base set to get it done.

Secondly, the simpler something is, the more reliable it usually is. It also makes it easier to figure out what’s wrong when you encounter a problem. That’s why the first thing I’d point anyone to is a simple gripper project like the one I linked to above. This is a project that you can do quickly, and it teaches you a fundamental principle effectively! 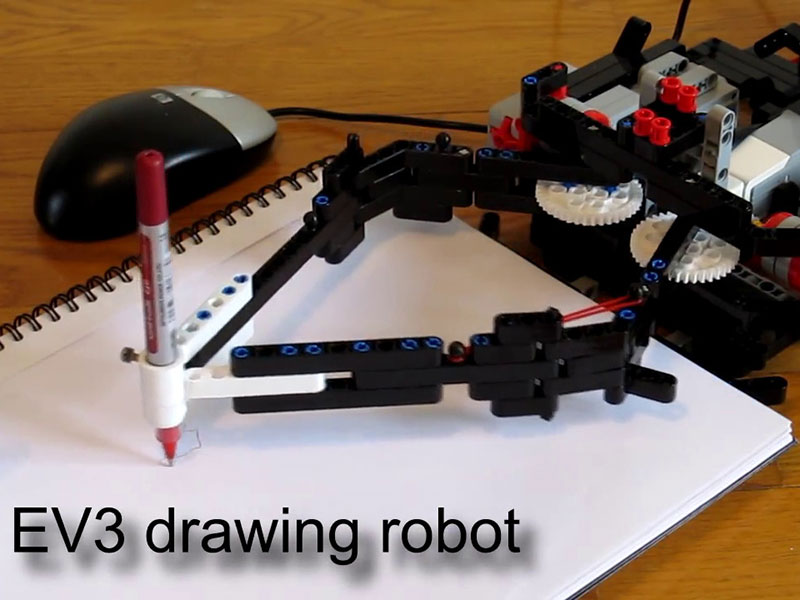 This cool and relatively simple robot holds a pen and will draw on a piece of paper either from an SVG file or with your direct mouse inputs. One of the reasons I like this is because when I was a kid in the first grade we had a “turtle” robot that we could program using LOGO. For some of us older fans, this is sort of a throwback to those heady days.

You do need some parts that are not included in the retail EV3 set, as well as a 3D-printed pen holder for which the file is provided. Don’t worry if you don’t own a 3D printer – these days there’s often a place nearby that will print something for you cheaply. Apart from that printed pen holder, you need a set of two LEGO 40T gear wheels and one extra push button sensor, from either the EV3 or the older NXT set.

Rubik’s Cube solver robots are probably the closest thing there is to a famous, mainstream Mindstorms robot. The main reason for this is the existence of a Guinness World Record for the machine that can solve a Rubik’s cube in as few steps as possible. LEGO Mindstorms are by far the most popular way to attempt this and it’s also a great project to teach you the ins and outs of manipulator robotics, sensor programming, and algorithmic thinking.

Consider all of the things you have to do to solve a Rubik’s cube yourself. You have to dexterously manipulate the cube, plan ahead, interpret the patterns, and execute that plan. If you can build and understand a Mindstorms Rubik’s cube solver, you’ll be prepared for all sorts of other projects that require the same sorts of skills. It’s this deeply-embedded, multi-layered learning that makes these projects so popular.

Also, obviously, you’ll need to get a Rubik’s cube. 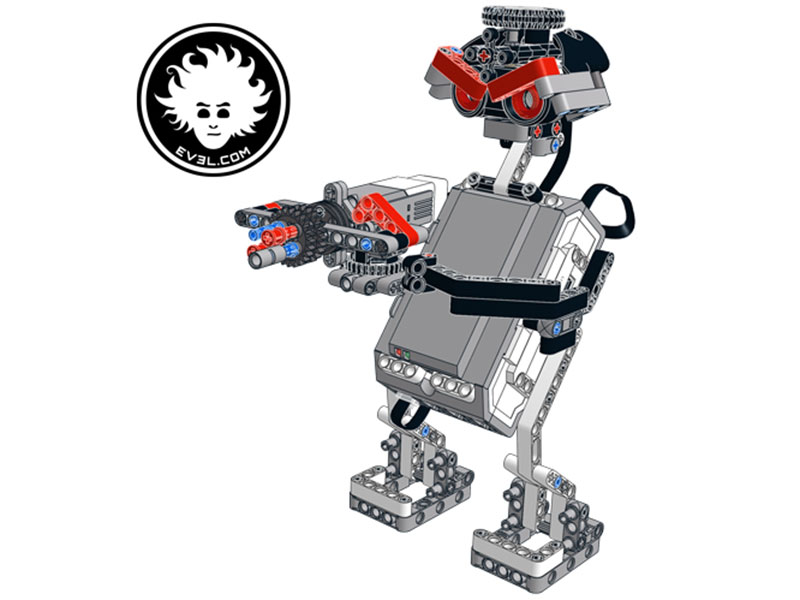 I work in an open plan office with lots of neat toys to decorate my workspace, but often when I get back from somewhere I find someone has either messed with my Ninja Turtles or just knocked something over. This is why I love the idea of this desk guardian.

It’s a little bot that detects when someone comes near your desk and then “shoots” at them with a rattling machine gun. There’s no actual projectile, but it’s a sort of alarm. The guy who designed it is a former LEGO Education programmer; he specifically designed it to be buildable using the Education Core set and only the basic programming interface. The basic Brick Program App often gets looked down on by people who write in more “grown up” languages such as Python, but with a little creativity and effort you can still do some neat stuff with it. 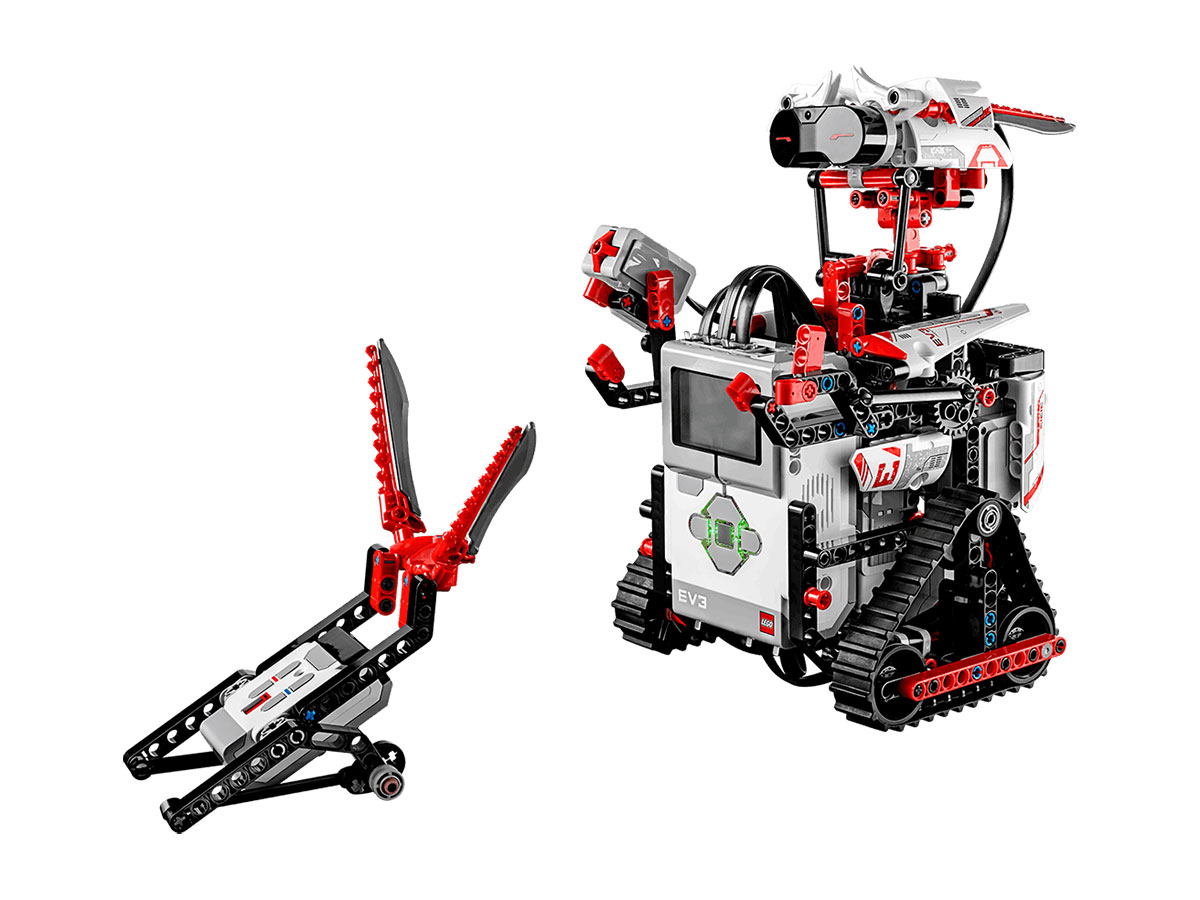 These two robots are officially endorsed by LEGO, but are not in fact designed by them. These are fan-made designs that impressed LEGO so much that they host the plans for them on their site. Since they are not part of the instructions you receive in the box, they deserve to get a mention here and you’d do well to explore the fan-made creations that LEGO has curated on their site.

Both robots are inspired by famous robots from film. KRAZ3 is inspired by the robot WALL-E, from the movie of the same name. It has that same cute face and aims to mimic the endearing innocence of that robot. It uses caterpillar treads (which I’ve loved on a robot since seeing Short Circuit) and uses an IR sensor to follow a beacon around.

It’s a good thing that the infrared sensor that comes with the EV3 set already sort-of looks like WALL-E’s face, which means those actually are its “eyes”. If you don’t want to mess around with the beacon business, you can simply take direct control.

EV3D4 is a homage to one of the most famous film-robots of all time: R2D2 from Star Wars. The basic body shape is the same as a Star Wars astromech. It also has a whole bunch of mannerisms and behaviors built into the provided program, but of course you can customize the code to your heart’s content. 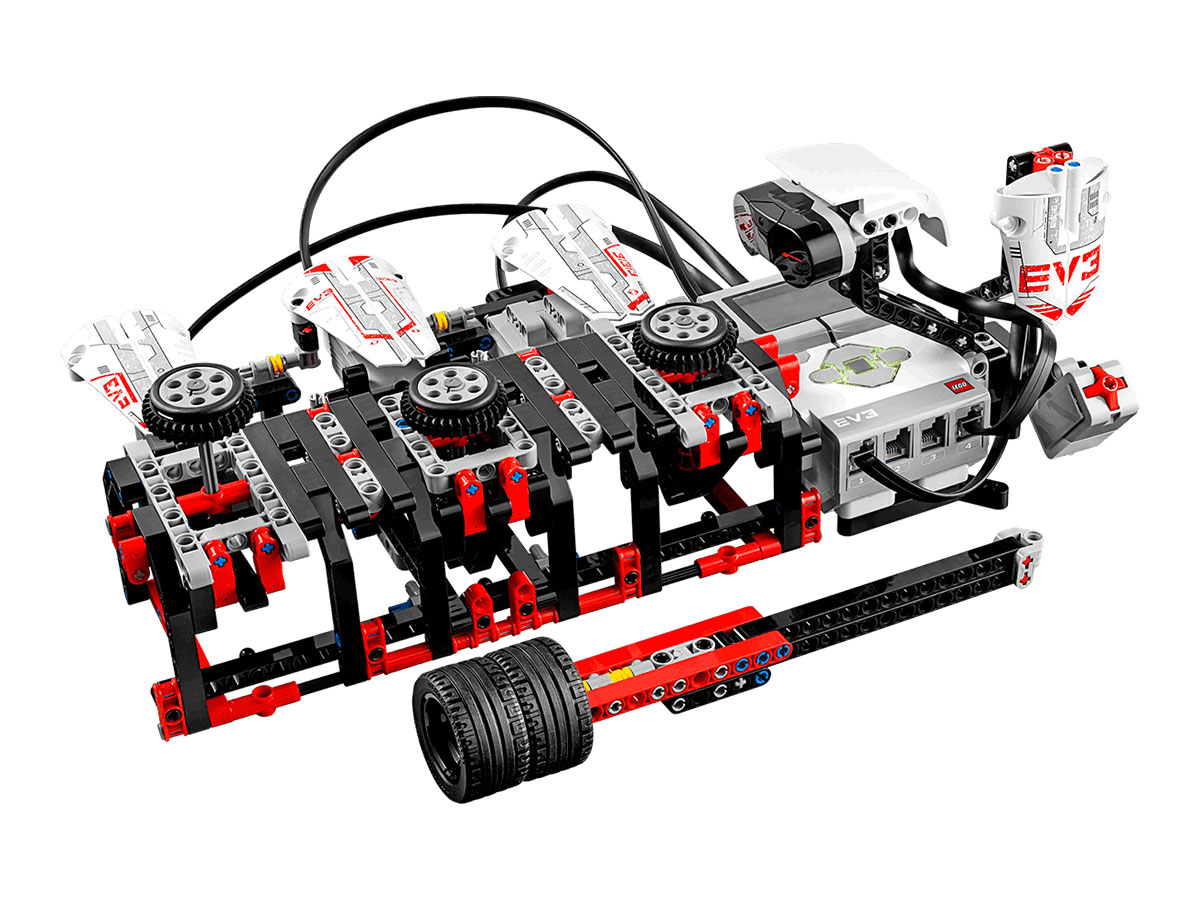 This last robot is also a LEGO-endorsed fan creation. It’s also the only machine on this list that’s actually a game. Basically, it’s a LEGO version of the arcade game “whack-a-mole”, where you have to use a mallet to hit random popups down. It’s a test of your reaction speed and hand-eye coordination. It starts off easy, but quickly pushes you to your limits. It’s also a fantastic demonstration of how to build an interactive electromechanical system.

The true purpose of Mindstorms is to teach you a specific set of skills. Following instructions is one of them, but in the end you’re meant to learn problem solving by using a set of tools LEGO provides. These projects show that with practice and a little imagination, all sorts of things are possible. Once you’ve had your fill of building the design work of others, why not strike out on your own? Who knows – perhaps your design will feature on someone’s list of top projects.