Bulking Up: Should I Buy Lego in Bulk?

Home/Guides/Bulking Up: Should I Buy Lego in Bulk?

Bulking Up: Should I Buy Lego in Bulk?

In general, there are two ways to get Lego pieces – buy them in sets or buy them as generic bricks. The question is – should you buy LEGO in bulk? Or is it better to just buy sets until you have a ton of pieces? Another important question is whether you should buy your bricks straight from LEGO or buy them in bulk. I’m going to try and help you make a decision based on your situation and preferences. 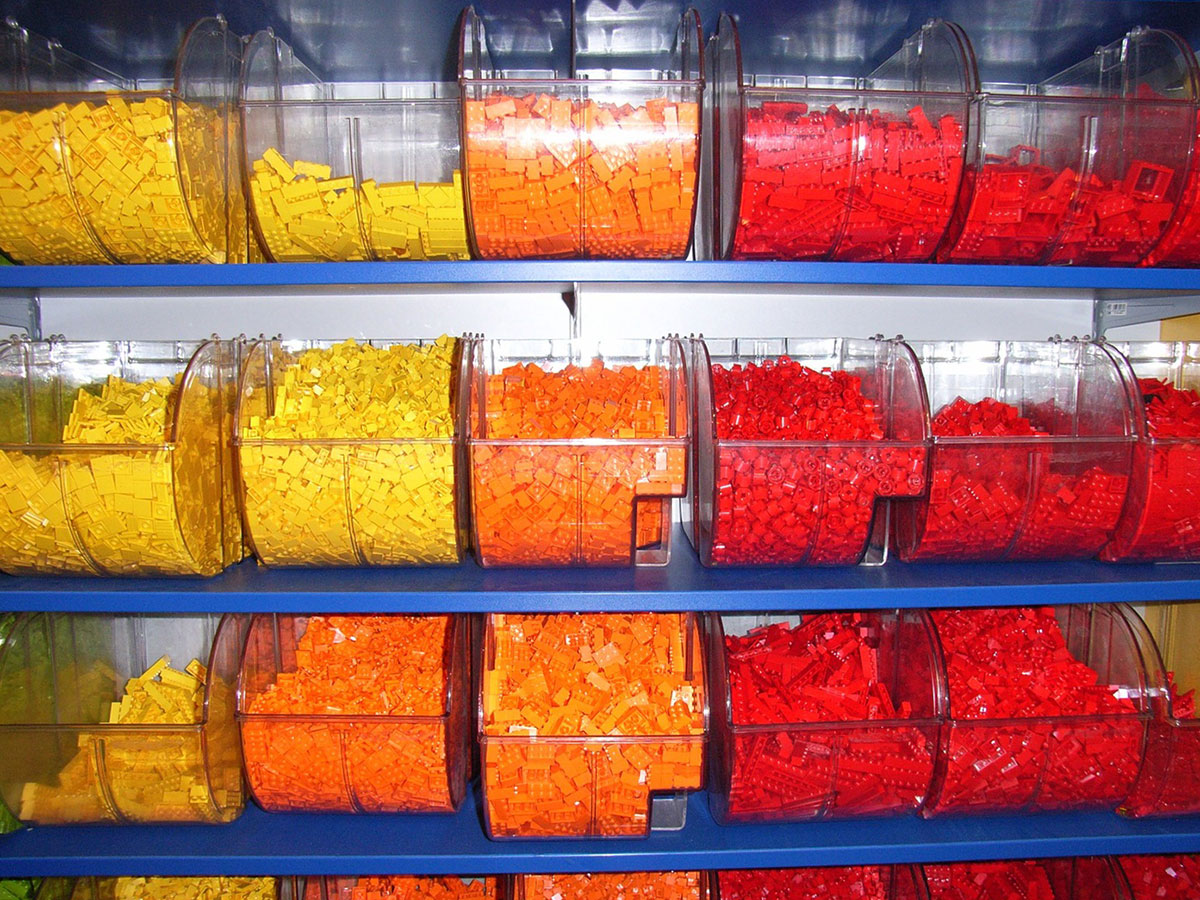 Set in your Ways

One way to get a lot of bricks in one go AND to have a fun build right off the bat is to buy one of the big sets that come with hundreds or thousands of pieces. For example, Set 7669, Anakin’s Jedi Starfighter, has more than 150 pieces. It’s pricey though; a new 7669 will run you $100 easily, but if you bought one set each month over a year you’d have 1800 bricks, which is a rather modest investment. If you were a collector for just a few years you’d be up to your neck in bricks pretty soon. It should also be noted that a used Set 7669 goes for 10-20 dollars in good condition. We’ll get to the pros and cons of second-hand buying a little later.

If you have the money to spend on the ultimate sets that have 1000+ pieces, you’ll obviously have a lot of bricks quickly. If you decide to actually build the set first, you may also have something to occupy all your build time for a year. That’s a lot of fun, but the downside is that those big sets are often ones that you don’t want to keep together as built. If you have something iconic like the ultimate collector’s edition of the Millennium Falcon, keeping all the original bricks together also means the set is more valuable than the sum of its parts.

The flipside of this is that you can buy damaged or incomplete big sets for significantly less than the set would cost complete or (obviously) new. If you don’t care about the set and just want the bricks, it’s a viable strategy.

LEGO will sell you loose bricks, although it’s not always clear how to go about that. The most straightforward way to do this is by going to https://shop.lego.com/en-US/Pick-a-Brick and mixing your bricks to your heart’s content. If money’s no object to you, this is the ideal way to buy bricks in bulk. In general, you won’t get a bulk discount, but you can get exactly the pieces you want and you know you’re getting a new, pristine set of bricks.

If money does matter to you, this is not the most cost-effective way to get your brick fix. That doesn’t mean a site like Pick-a-Brick isn’t worth keeping an eye on, though. If you’ve planned out a build, the ease with which you can get the bricks you want and ONLY those bricks makes this a great choice. It also means you can easily look up the new price of specific bricks, so that you know if a seller is giving you a fair deal or not on used pieces. 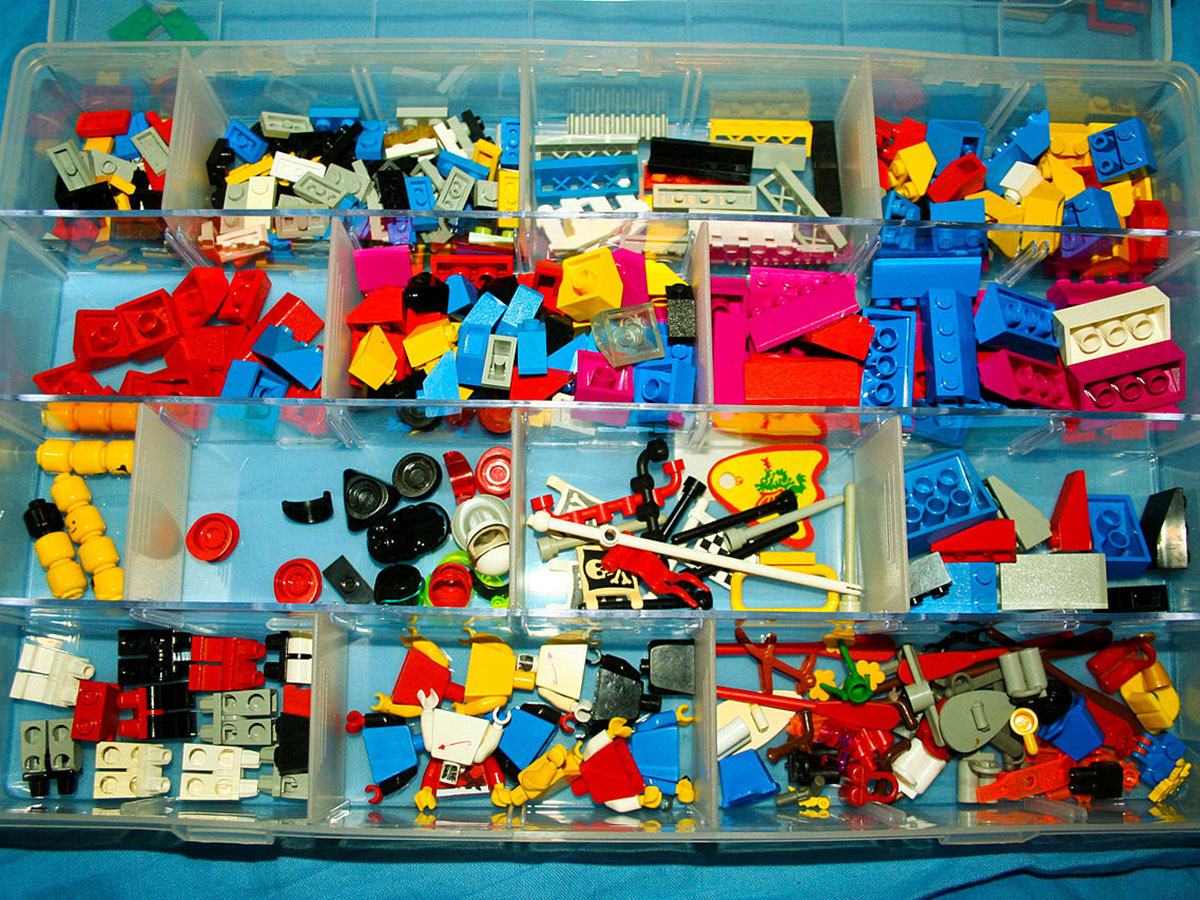 The most popular place to get bulk LEGO is used from places like eBay. Often you aren’t buying LEGO by the brick, but by the pound. The obvious advantage here is that you’ll be paying a fraction of what the bricks cost new. The downside is that you face quite a few risks that can ruin your day. For one thing, the quality and age of the bricks is not always apparent. LEGO has been around for a long time and some bricks are quite old. They’re all compatible, going back decades, but can be damaged in all sorts of ways.

The most common issue is exposure to direct sunlight, which can make them fade and become brittle in extreme cases. Faded or mechanically worn bricks are not always a bad thing though. If you are working on a big piece for a fair or convention there will often be many structural blocks that can’t be seen because they’re internal. A bit of wear or cosmetic damage is a decent tradeoff in that case – if you can get them for cheaper because of it, that is.

The other issue is simply a case of being cheated by a bulk LEGO seller. Be sure to do a little research on a seller and avoid those with low eBay rating or bad reviews. It’s not worth the saving if every other pound of LEGO you buy ends up being a dud.

Another thing to look out for is the scourge of fake LEGO. Some sellers may try to pass off (legal) LEGO compatible bricks as LEGO-branded. Either way, a seller’s reviews should say something if that’s the case. If there is no solid confirmation that a seller really is providing legit bricks, order the minimum quantity and judge the bricks for yourself.

That’s all I really have to say on the subject of bulk LEGO buying. It’s something that all AFOLs do eventually, once they start moving onto serious (or crazy) projects that suddenly require 1000 yellow bricks or 100 wheels.