The LEGO company is no stranger to the world of video games; there had been a few attempts by LEGO to make games on their own. The first LEGO game for PC was the infamously bad LEGO Island; you can see a review of it here by one of my favorite YouTubers, LGR:

LEGO wisely shut down their own video game division in the early 2000s, but just as wisely licensed out LEGO for use in games developed by third-party developers. I’m a fan of both LEGO and great video games, so it’s a good thing that there are many modern LEGO games that are awesome in their own right. Here I want to highlight the five LEGO games I think are the best of the bunch, starting with a very familiar face. 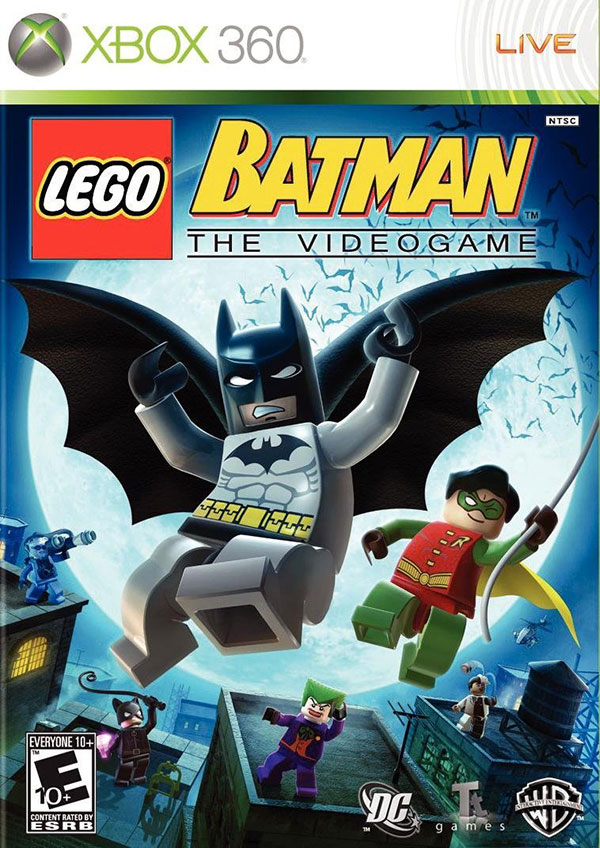 Before the smash hit that was the LEGO Batman movie, there was LEGO Batman video game. This is not the grimdark Batman of the Nolan trilogy or the Miller comic books. Neither is it the pulp Batman from adventure comics, nor the camp Adam West Batman from the 60s. This Batman is a parody that incorporates elements from all the different Batman traditions.

One of the ways that this is expressed is by the fact that this game has its own original story. Unlike other licensed LEGO games, it doesn’t follow the plot of a known film. Instead, the developers take heaps of license with the game and throw in as much Batman fan service as possible. Best of all, you get to play as the villains in the game too! 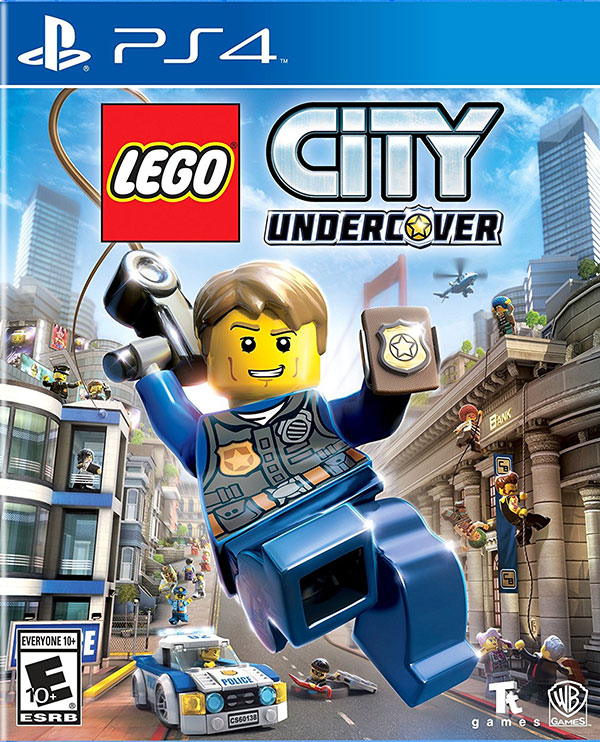 I LOVE open world games in the Grand Theft Auto vein. I’ve played every GTA and all the Saint’s Row games, and still crave more. Of course, those games are also very adult-oriented. There shouldn’t be children within 100 feet of them, if possible.

I was pleasantly surprised when LEGO City Undercover was released. Here was a GTA-like game in a world of LEGO. Traveller’s Tales also managed to tell a hilarious, well-acted story in their first original narrative. Since I never owned a Nintendo Wii I missed this game when it was first launched, but it has since been ported to the PS4 (which I do own) and that’s probably the best place to play it anyway. 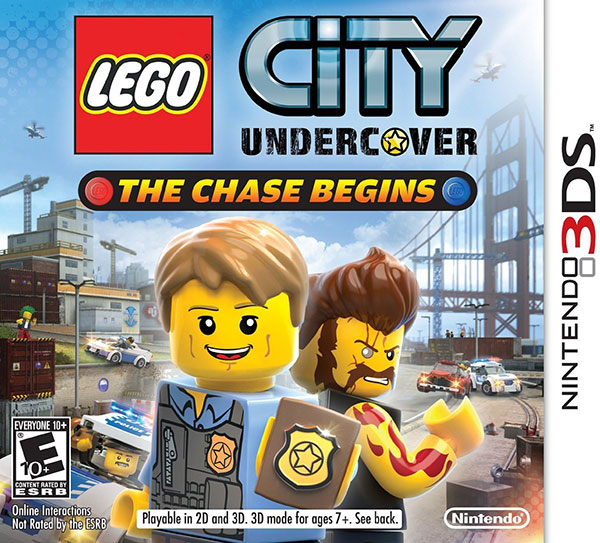 Wait, the same game again? Actually no. This is a prequel to the first Wii U game for the handheld 3DS system, and I do in fact own a 3DS. It also has the distinction of being the first proper open world game on the handheld, which is quite impressive given the limited hardware of the 3DS.

While it’s a lot more limited than the big console release, The Chase Begins was a lot of fun and the fact that it’s a portable game made it that much more charming. Sure, there are lots of portable LEGO games, but LEGO City Undercover is different from all of them and I loved every minute of it. Playing in 3D is also a real treat; it almost makes the main character look like a real minifig. If you have a 3DS and like LEGO, then this has to be on your shopping list.

4. LEGO Pirates of the Caribbean 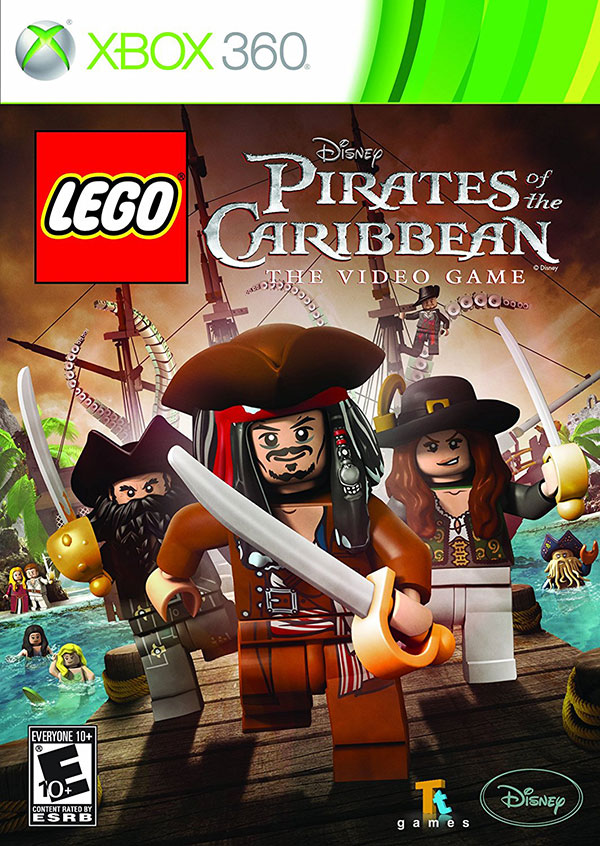 I might get a lot of odd stares for putting this game on my top list, but I really do like the Pirates of the Caribbean franchise, despite it being fashionable to hate on it these days. This game is based on the original film and has all the characters you know and love from it. I also love the music and think the water effects in this game are very pretty, despite being quite old now.

Jack Sparrow’s iconic body language and humor translates perfectly into the lighthearted LEGO world, and the adventure is no less entertaining for seeing it again in brick form. I really enjoyed the game’s setting and it’s pitch perfect in LEGO form too. It’s also not strange that the actual Pirates of the Caribbean LEGO sets are some of the most attractive too! This game probably has some of the best level design in a LEGO game. It’s hard to put your finger on it, but Pirates stays fresh throughout, mostly by clever use of the environment. 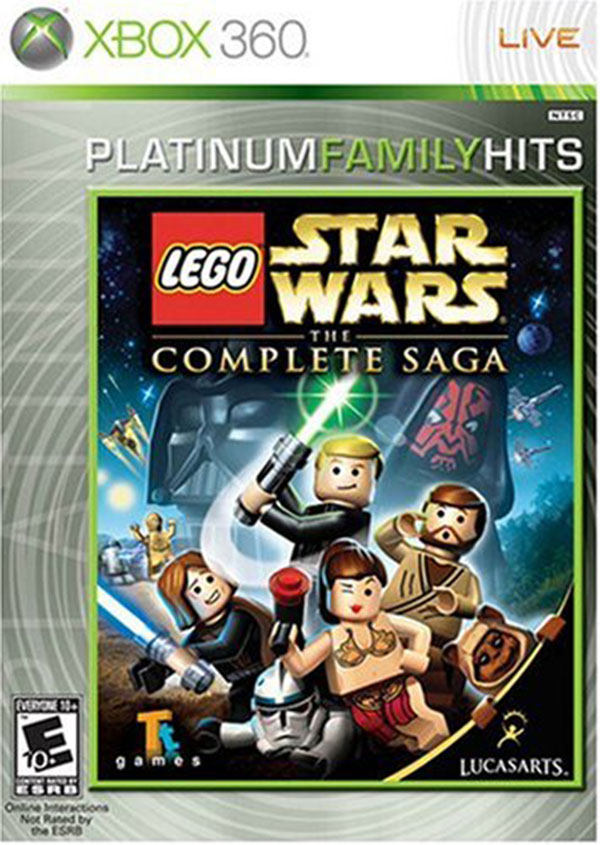 Star Wars is one of the most profitable entertainment franchises in the world. The property is now in the hands of Disney, but even when it was still with Lucasfilm, LEGO and the galaxy far, far away were bedfellows. Star Wars has been the biggest success story for LEGO since they embraced licensing. Star Wars LEGO sets are some of the best that LEGO makes, so it should be no surprise that when you combine LEGO, video games, and Star Wars, you get something special.

This is by far my favorite LEGO game to play when there’s another person on the couch. It’s a family-friendly game you can play with your child or partner. It drips with nostalgia from the original films and the prequel trilogy. Essentially, this game is a compilation of LEGO Star Wars 1 & 2. If you have both those games it’s not really worth a look, but this is the definitive title content-wise and graphically. This is a funny, nostalgic and beautiful game that only people who are dead inside will fail to appreciate. If you love Star Wars, LEGO, or video games, this is a must-own title.