The Beginner’s Guide to LEGO

The Beginner’s Guide to LEGO

Whether you’re looking into getting started with LEGO for your children or you’re an AFOL (adult fan of LEGO), this extensive toy product line can be absolutely daunting for newcomers. Understanding how LEGO works and where to start can be a nightmare if you have no background in LEGO. Even if you played with LEGO as a kid, things have changed in the intervening years and modern LEGO is way more involved than ever before – largely thanks to AFOL efforts.

That’s why I’ve written this (relatively) short guide to LEGO. If you’re already an active fan of modern LEGO you won’t find much here to interest you, but if you need a refresher or a kickstart, you’ve come to the right place. 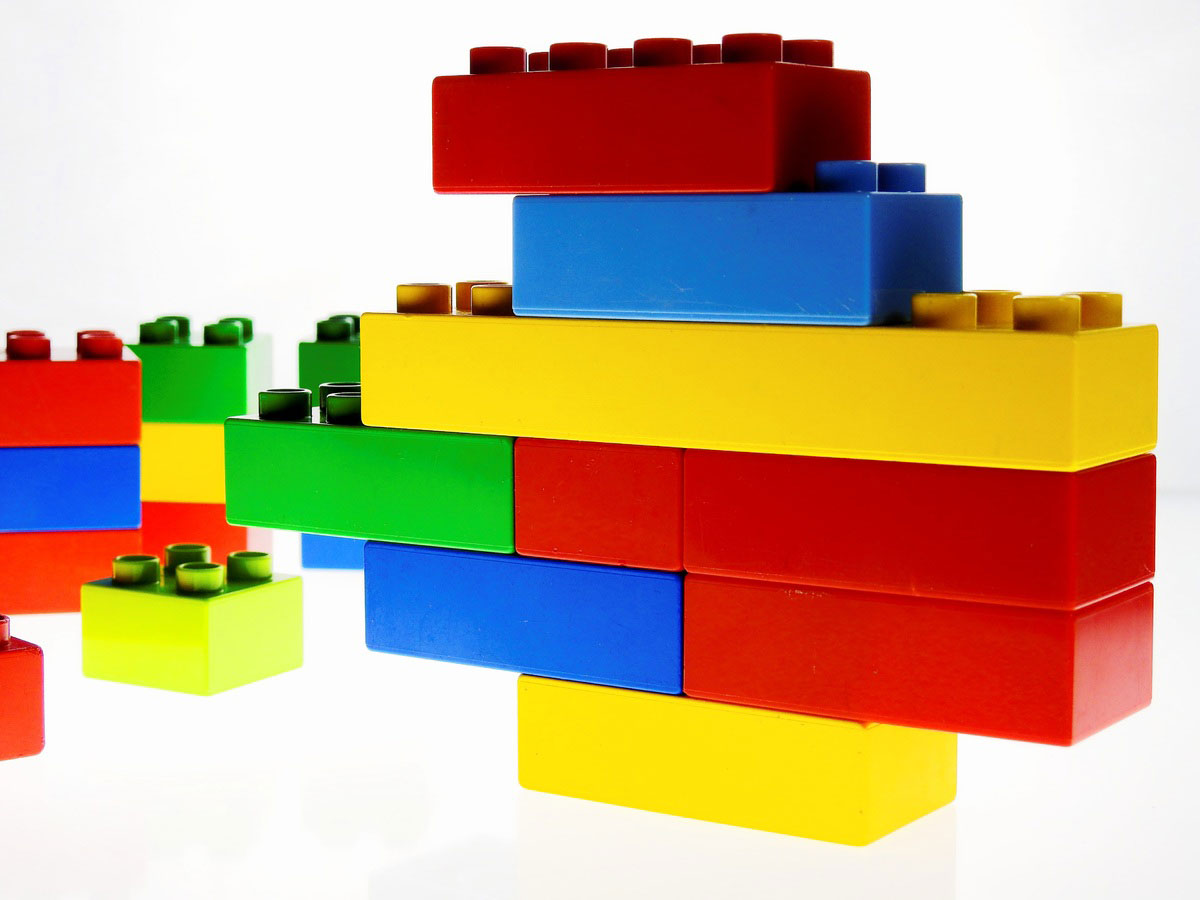 LEGO is both the name of a Danish toy company and the name of their most important product – a little plastic brick. In essence, that’s all LEGO is – a collection of various plastic bricks with a special connector interface that makes any block snap onto another. This allows for freeform construction of just about anything you can imagine. What makes the LEGO design so successful is the fact that LEGO models are very sturdy, but snap together and apart very easily. You can build things that are essentially semi-permanent – that is, until your cat knocks it over or some other tragedy befalls your creation.

There are several thousand unique LEGO bricks, although the exact figure changes over time. In 2003, the number was over 11,000, but today it’s around 8,000, depending on how you count part varieties. That is, of course, in reference to standard LEGO brick scale, but we’ll get to that in a while. You can buy these bricks in any combination from LEGO and build whatever you want, but the most popular way to buy LEGO is in the form of “sets”.

A LEGO “set” is a pre-designed LEGO model that comes with building instructions and all the parts you need in one handy box. Most LEGO fans, at least as beginners, aren’t too interested in designing their own models, but enjoy building LEGO sets. This is also where LEGO makes the real money in the form of licensed LEGO sets. You’ll find sets for popular franchises such as the Lord of the Rings and Star Wars.

Sets range from very basic models that have only a few parts and take less than an hour to build to gigantic sets that have thousands of parts and could take a month to put together. Each LEGO set has a unique catalog number that can help you track it down or be sure that the set you want is the same as the one you’re about to buy. There are some (very) early sets that have numbers which were repeated earlier, but for all intents and purposes the number is unique. This is pretty important when the same model has been released with different designs. For example, there are no fewer than six full Star Wars Millennium Falcon sets that contain the famous spaceship from that franchise.

Each set has a different rarity and design, so you don’t want to spend a fortune on the wrong one! When you buy a set you’ll get an inventory of the bricks that are included so that if you ever lose any or need to find the bricks in your collection, you can do it easily.

Age is Just a Number

Apart from the set number, the other number you’ll want to pay attention to is the recommended age for the set. This is a shorthand way for LEGO to indicate how complex a given set is to build. If you’re buying for a child these can really matter, but for an adult it’s rather irrelevant. If you really like a given set, it doesn’t matter that it’s simple to build. 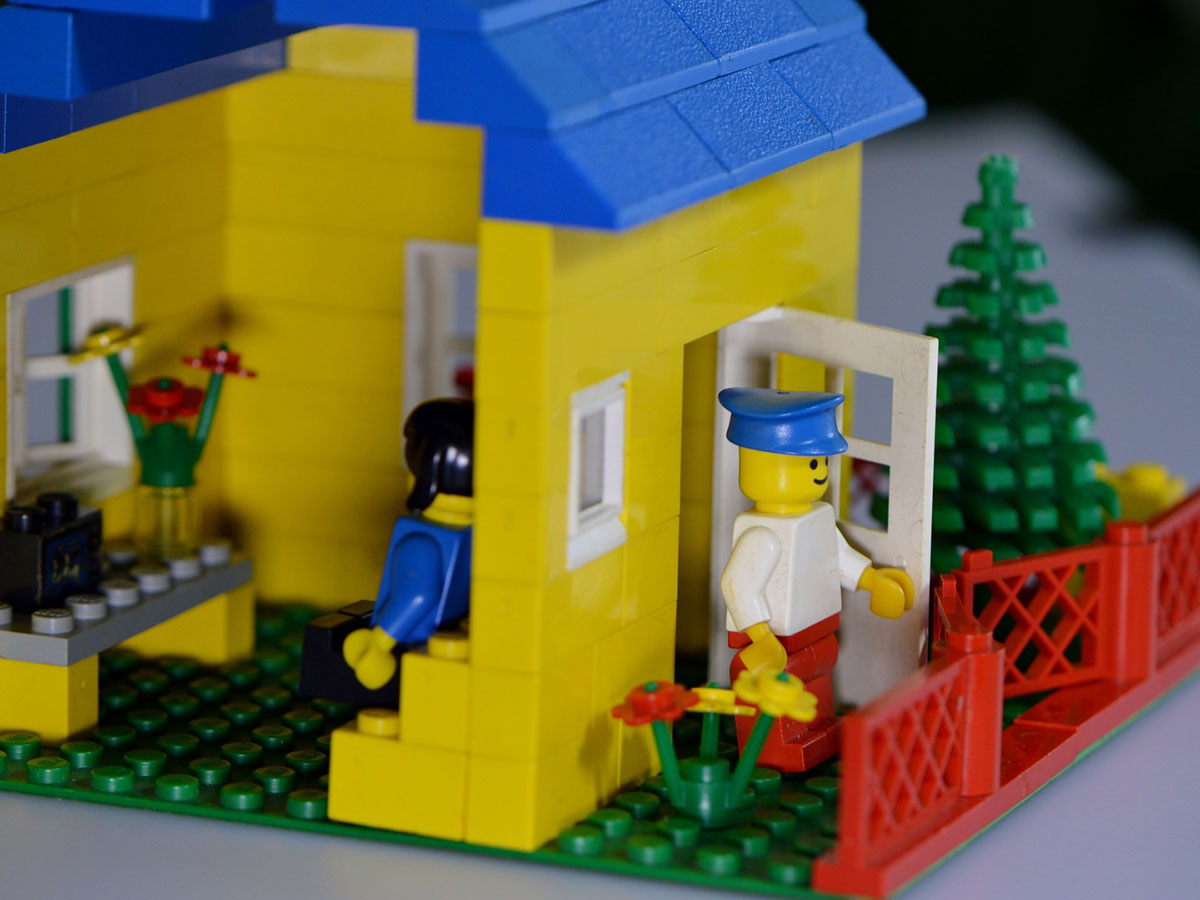 Choose Your Own Adventure

Buying various sets also has the added effect of building up your overall collection of LEGO bricks, and since they can all attach to each other there’s nothing stopping you from combining the parts of different sets into your own creations. For serious fans of LEGO this is where the real action is, and the best LEGO experiences come from designing and putting together your own models.

The LEGO community is rich, with some of the most talented designers and builders you’ll ever see. So it’s no surprise that there are plenty of unofficial sets out there for you to build. Thanks to the internet it’s easier than ever to get plans for amazing LEGO creations and then order the bricks you need to build them. You can even buy these unofficial sets from some third-party sellers, although you may pay quite a premium for them. Buying unofficial sets also means that it’s more likely that bricks will be missing through human error or that the instructions will be wrong. That’s also helped by things like user reviews and LEGO forums.

Don’t think for a second that LEGO is unaware of the great work being done by their fans. In fact, custom unofficial sets are virtually the lifeblood of the toy. In order to help this process along, LEGO has launched a service called “LEGO Ideas”. If you head over to https://ideas.lego.com you’ll find a place where you can submit your design for a LEGO set. If the community (and LEGO) like it enough, it could become an official set sold on shelves! If LEGO ever sells your set you’ll receive royalty payments too, so it’s quite the deal.

Obviously you don’t have to wait for the set to be officially sold. Nothing stops fans from replicating the ideas that are posted to the site if they’re willing to hunt down the right bricks, but that’s half the fun anyway.

A Series of Fortunate Events

As you look over the LEGO product range you’ll probably notice the fact that there are various sub-brands of LEGO. Some of these are just standard LEGO that are assembled around a specific theme. For example, LEGO Architecture is a series of sets that replicate famous buildings and monuments in LEGO.
Then you also have the LEGO Technics sets that have their own special pieces, allowing for intricate mechanical models with moving parts. The LEGO Mindstorms systems are the most complex of all LEGO series and make use of electronic computer parts to allow amazing robotic and automated builds.

Then there’s the LEGO Duplo series of sets that are exactly double the scale of standard LEGO. This makes them easier to handle for young children, as well as harder to swallow. Amazingly, regular LEGO and Duplo blocks are STILL compatible with each other. They also hurt twice as much to step on.

I’ve used the main series divisions to organize the categories on this site, but of course LEGO is always shifting things around a little this or that way.

How to Get Started with LEGO

The simplest way to get into (or back into) LEGO is to order a set from a seller like Amazon, or whoever stocks LEGO sets in your country. Pick a set that suits your budget and the amount of time you have at hand.

I don’t recommend that you get straight into buying loose bricks and going your own way unless you have a very clear idea of what you want to achieve. If that’s the case, you should check out another article on this site titled Should You Buy LEGO in Bulk? for some tips on going down that road.

If you enjoy building your first set then you can just keep adding sets, perhaps buying more complex ones as you get used to the logical process of building LEGO. I also highly recommend that you join a local AFOL group on Facebook. You don’t need to interact with other members straight away, but it can be very educational to lurk a little and read the various discussions on those forums.

LEGO is for Everyone

While many people can’t think of LEGO as anything other than a children’s toy, the brand and the products have long moved past being a hobby for only younger people. AFOLs are a major part of what has kept LEGO going over the decades, and it really has become a toy for all ages and genders. It’s also one of the best inter-generational toys, with grandparents, parents, and children all having a single hobby in common. That alone makes LEGO a special cultural treasure that everyone should have the chance to enjoy.