LEGO Technic is the dedicated line of LEGO meant to build functional electromechanical models that can actually do something. They include motors, wheels, gears, pneumatic parts, and more. Technics are not computerized; if that’s what you’re looking for then head over to the Mindstorms section. But if you aren’t all that interested in programming, Technic is where the action is.

Technic sets are some of the most challenging and rewarding products that LEGO sells. Even when you understand the build well, the physical act of construction can be quite tricky, and even a build that was apparently done correctly can have some sort of small problem, thanks to an oversight. This is a LEGO discipline that requires a high level of focus, even if you’re just following a set of instructions that LEGO has provided.

So you can imagine that the next level of challenging enjoyment would come not just from building something from paper, but by designing your own build. If you can come up with a concept and execute it as a functional Technic model, you’ve truly graduated into the realm of master builder. Between here and there, however, lies an intermediate step. To design for yourself, you have to understand the mindset and thinking processes of a designer. The best way to do this is to find projects that other fans have made, and build them. By building a wider variety of models you can begin to reverse engineer the thinking of the person who built it. Before you know it, you’ll be thinking in Technic pieces and instinctively know how you’d achieve a specific outcome.

In this article, I’ve highlighted a number of custom Technic projects shared with all of us by other LEGO fans. Here are last begins the journey to drawing outside of the line that LEGO has provided. 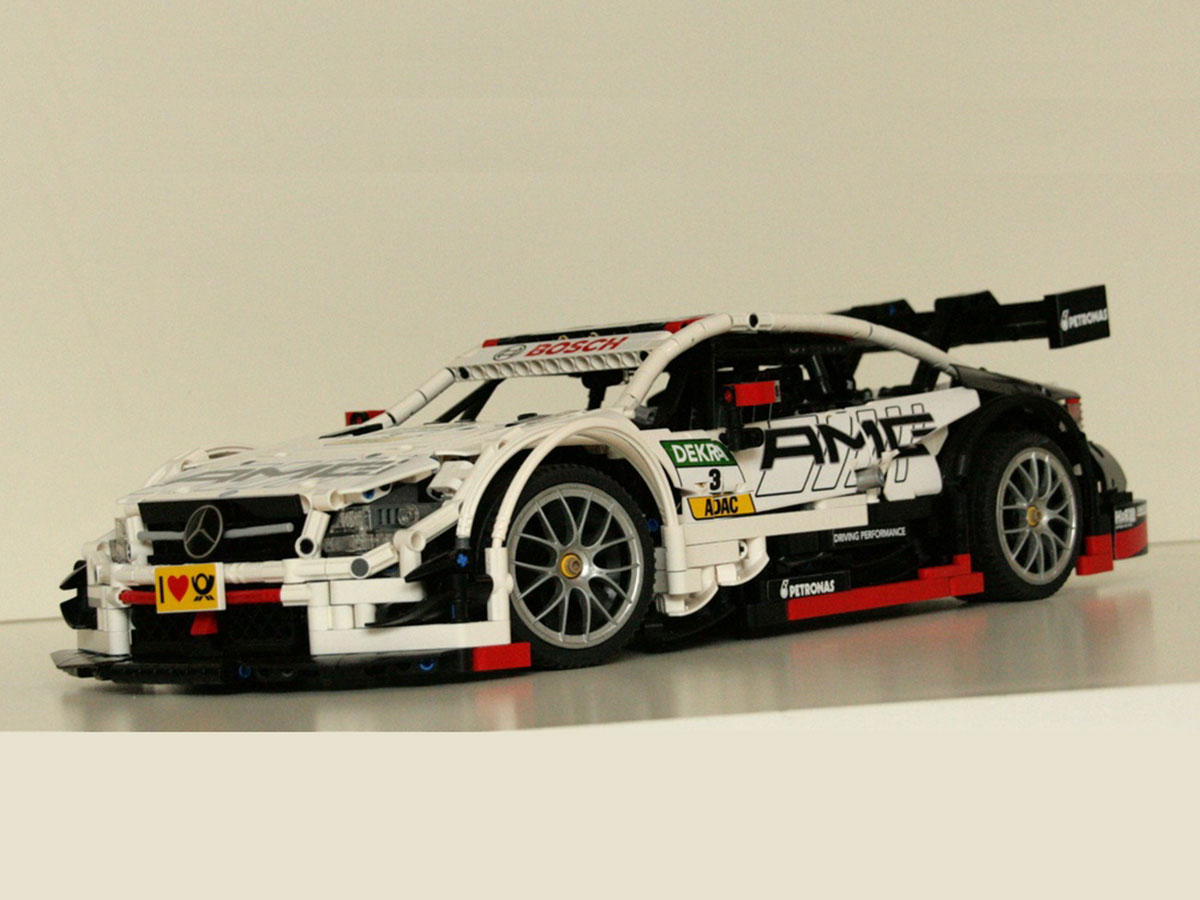 The example link I give here is for a gorgeous Mercedes Benz C63 AMG in race colors, but there are thousands of fan-made plans for incredible Technic cars. It makes sense, because some of the best official Technic sets are licensed vehicles from the likes of Porsche and VW. It’s a type of LEGO that just lends itself to vehicle building.

This being LEGO Technic, the cars are more than just a pretty face, too. Both official sets and fan made ones can include fully functional doors, steering systems, brakes, and even gearboxes, depending on the scale.

The same is true of other vehicles such as motorcycles, and, really, scale is more important with Technic vehicles. The larger the scale, the more technical functionality you can build into the model. Honestly, there is something just so incredibly beautiful about a well-designed Technic vehicle.

Even better, there are plenty of fan models that come in either a display or RC versions, which means you can build a Technic car that actually drives, with the help of motors and batteries. You can even power up other elements of the design with the right parts, skills, and knowledge. 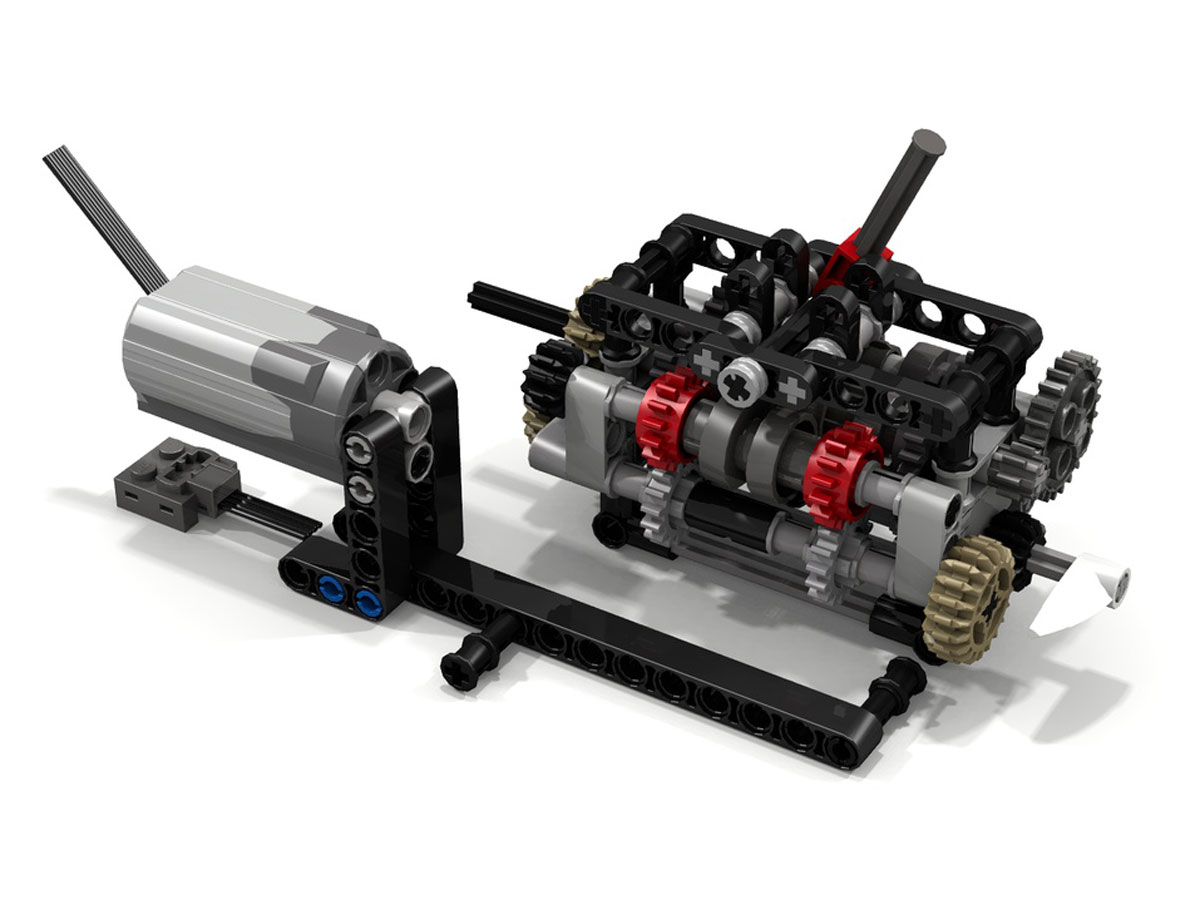 I have to be honest – although I love cars, bikes, and all sorts of mechanical things, I’ve never had that crazy intuitive genius for understanding machines that some people seem to have, at least when it comes to the more complex things. I can explain how an engine works pretty well; I can tell you the differences between two and four stroke motors and petrol and diesel engines, so it’s not like I’m completely lost. When it comes to understanding how the heck a gearbox works, however, I’m completely mystified.

This is why I completely appreciate the existence of working gearboxes made from LEGO Technic. Once you’ve built one yourself, or at least watched someone else build it, things become much more clear. You can watch it working with all of the innards exposed, which clears up any confusion.

The specific box I linked here is a nice example, but there are many different takes on this basic concept on the web and I think it’s a great challenge for the Technic fan who is looking for something more than just a model of a helicopter with some geared rotors. 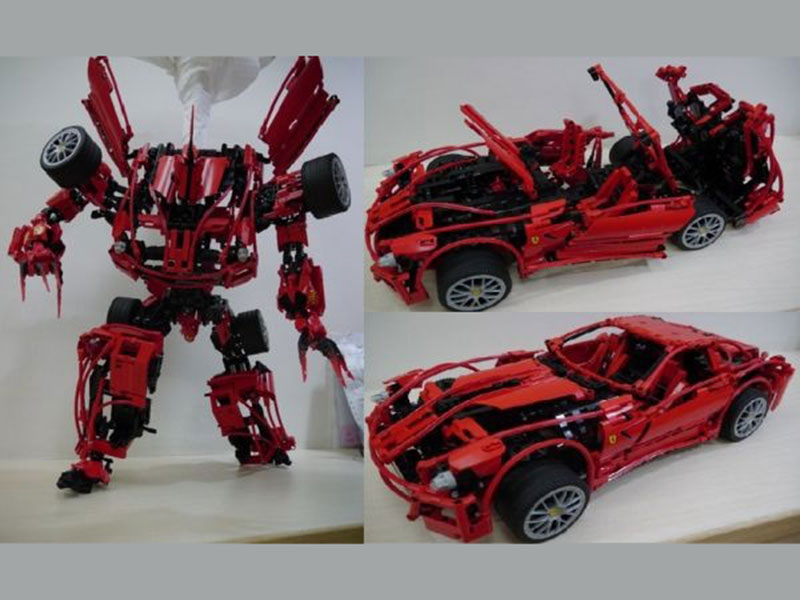 You’d think being a LEGO fan would be nerdy enough for everyone, but I have to admit that I like the Transformers toys more than perhaps an adult should.

The same sorts of things that attract me to LEGO also attracted me to Transformers. I’ve owned more than a few of the toys over the years and have always marveled at the complexity of this puzzle disguised as an action figure. Figuring out how to properly transform the toy can take a lot longer than you think and remembering how to do it long after the instruction have gone is no joke.

Sadly, these days the mainstream Transformers that are sold to kids have been simplified to insane degree. Gone are the 20-step transformations and now we have springloaded 1 step of super simple 3-step toys. Sure, you can get classic Transformers if you spring for a collector-grade one, but the simple joy of toy-grade Transformers is gone.

Which is why the idea of making your own Transformer from LEGO Technic pieces is such a an amazing one. I’ve seen more than a few attempts at getting this right, but the Ferrari Transformer is one of my favourites. 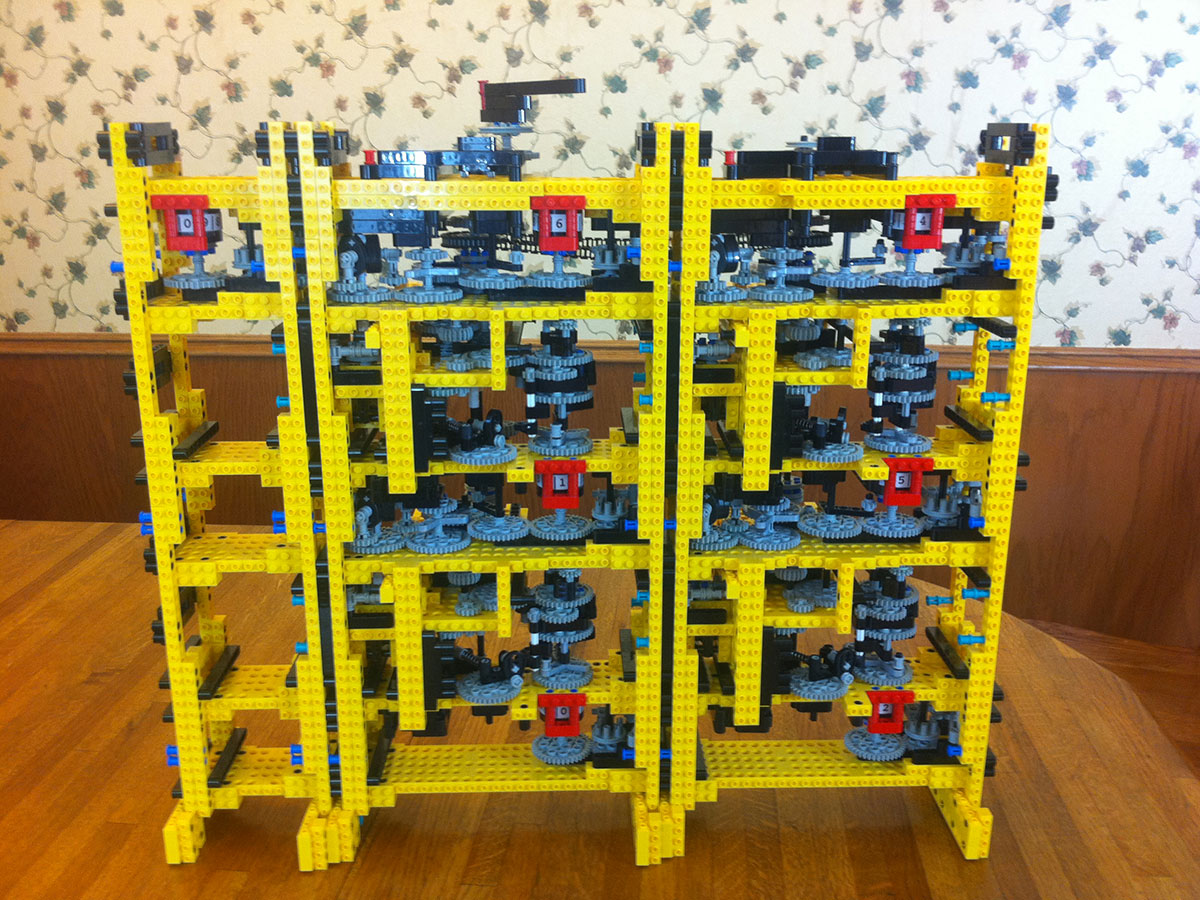 Before there was the modern microchip computer, heck before there was electronics, a man named Charles Babbage had invented a computer that worked entirely with mechanical parts. The gears, levers, rods and other parts all physically represented the data in the machine. The analytical engine would be capable of the sorts of simple calculations you’d do with a pocket calculator or, these days, a simple calculator app.

Babbage never actually got to build a working full-scale analytical engine, because of technical difficulties making the parts precisely enough and the sheer cost of it. After all, this was in the late 1800s.

Babbage did built smaller parts of the analytics engine that demonstrated the principles of its operation, but by the time he died he had never seen the full thing. In fact, to this day the full original plans made by Babbage have never been built. There’s a serious project underway to actually make the engine a reality, based off Babbage’s original drawing.

The neat thing is, you can use LEGO Technic to build your own miniature version of this machine, it won’t have all the abilities that Babbage theorized, but it will work!

This is obviously not a job for the faint of heart by any means. Just the building of this project based on someone else’s design is a feat, but coming up with your own analytical engine design means having an understanding of the computer science that underlies the machine. 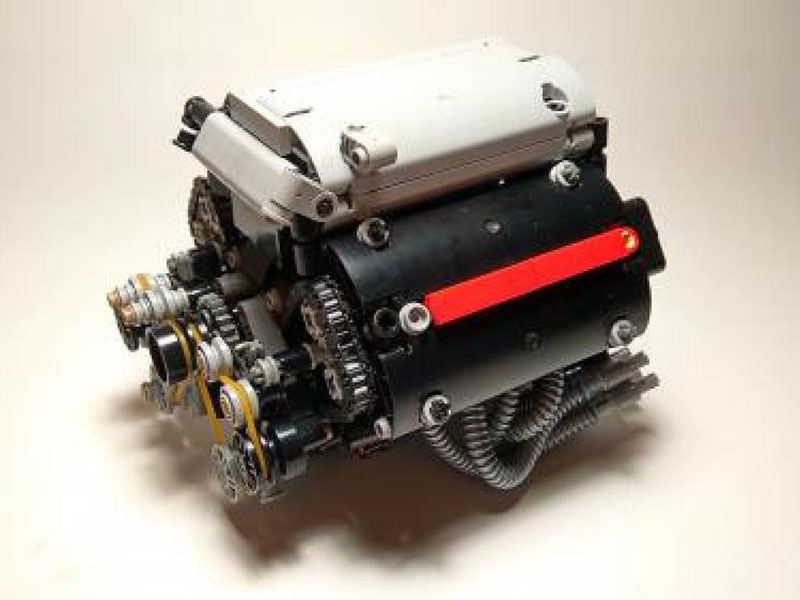 Projects such as the analytical engine are impressive and building a working gearbox is magical, but for me the pinnacle of Technic projects has always been a working model of an internal combustion engine.

There are a lot of different models of engines that you can find instructions for. It may be better to start of with something simple like a single
-cylinder or V-twin motorcycle engine. Perhaps a four-cylinder car engine. All pretty pedestrian, but still a formidable building challenge.

To me the pinnacle is neither a V6 or V12 motor, no there’s little argument that the coolest engine is the legendary V8.

Some of these engine models can be hooked up to an electric motor to show them in action; some even use air pumped into the motor to drive it pneumatically. Check out this video of the linked engine in action. Just watch those valves and pistons go!

The Road to Greatness

It may feel a little like cheating to go out and find plans that other people have put together, but there is nothing more daunting than a blank piece of paper. It’s better to start off by building on the work that others have done. Remember, even the best musicians and artists cut their teeth on ripping off other people who came before them!