Most people know about the various LEGO Architecture sets that let you build a LEGO replica of existing famous buildings. These sets have upped the classiness of LEGO in general, and now fancy-pants people can legitimately display LEGO sets without having to make excuses for it.

These sets are great, and if all you want is an attractive replica of the White House on your desk, you can’t go wrong with one of these babies. There are problems, however. For one thing, many of these Architecture sets have a significant number of custom blocks found only in that set and which wouldn’t make sense in any other build.

Architecture sets are also very much a “build and display” type of product. There’s no reason to break it down, and if you repurpose the blocks to make your own buildings, you’re often left with those custom blocks that serve no purpose.

And yet, the pretty white blocks are begging for you to outdo the great architects of the world with your own take on timeless design, which is where the LEGO Architecture Studio (Set 21050) comes into play.

This is not a LEGO set created with even a hint of child-friendliness. From the white box to the white, well, everything else, this is clearly something aimed at adults. Despite this, the Studio set is an educational product pitched at adults who want to learn something about architecture in a fun, hands-on way.

So let’s talk about what you get in the big white box. First of all, this includes 1,210 LEGO pieces. For the sum of about $200 that’s a great deal, but it isn’t surprising when you consider that most of the included bricks are basic blocks. Still, it works out to about 15 U.S. cents per piece, which is a bargain.

It’s an even better deal when you consider that you get more than just bricks in the deal. There’s a lovely 272-page guidebook that will help you understand the fundamentals of building design. You can then use the mix of white and transparent bricks to try those fundamentals out for yourself.

As with the majority of LEGO sets, you have to sort the bricks yourself, but to help you with that job there are two sorting trays included in the kit. Each tray has four compartments, giving a total of eight sorting spaces. Obviously, that’s not enough to sort the several types of bricks in the box, but it’s a nice bonus and is helpful while building.

One somewhat irritating omission is the lack of a brick-separator in the set. It’s a little weird not to get one in a big set like this, especially one dedicated to repeated free-building. But you’ll just have to use one from another set or buy one separately.

The guidebook is worth talking about some more, since it contains inspirational input and insights from the respectable number of architecture firms that have contributed to the LEGO Architecture Studio sets development. It’s got lovely pictures and a friendly and approachable style, and turns this from a great set for brick collectors and free-builders to one that students and fans of architecture really must own – even if they aren’t dedicated LEGO fans. 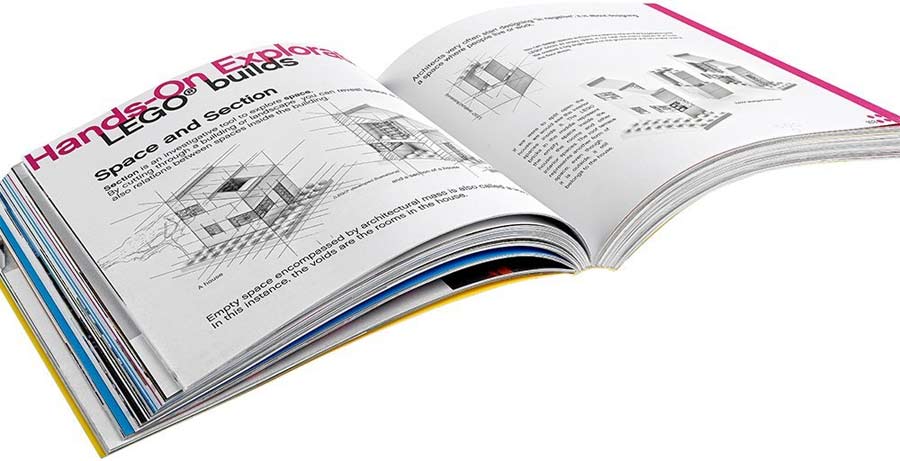 Honestly, I am so impressed with the value proposition and play possibilities the LEGO Architecture Studio represents. I truly would not have faulted LEGO if this set was 50% more expensive; at this price it’s an absolute steal. It’s so cheap, in fact, that I’d recommend buying at least two, since you’ll undoubtedly try designs that outstrip the supply of parts sooner rather than later.

The book is also marvelous value for money, and if the set itself was not so cheap I would lament the fact that you couldn’t buy it separately. Why? Because there is no reason you should stick to the monochromatic block style when applying what you learn in its pages. What’s to stop you from using pieces from other sets to apply what has been provided between the covers?

If it isn’t quite clear yet, this is a set to snap up if you have even the mildest interest in building LEGO buildings. It’s essential.