LEGO pieces have always been made from plastic, but the exact type of plastic is rather important to understanding these marvelous little bricks. LEGO pieces are (for the most part) made of a type of plastic called “ABS”. This has nothing to do with the ABS in your car – it’s just short for Acrylonitrile Butadiene Styrene. Just rolls off the tongue, doesn’t it?

ABS is a pretty popular plastic that you may also have heard mentioned in the world of 3D printing. ABS, and another plastic known as PLA, are popular for use with these desktop manufacturing machines. 3D printing and LEGO may still come together in interesting ways one day, but that’s a discussion for another article.

Although you don’t really need to understand ABS and what makes it special to also enjoy LEGO, it’s an interesting look at LEGO and can help you understand the properties of the toy and the structural limitations of your models. So let’s have a brief look at ABS. 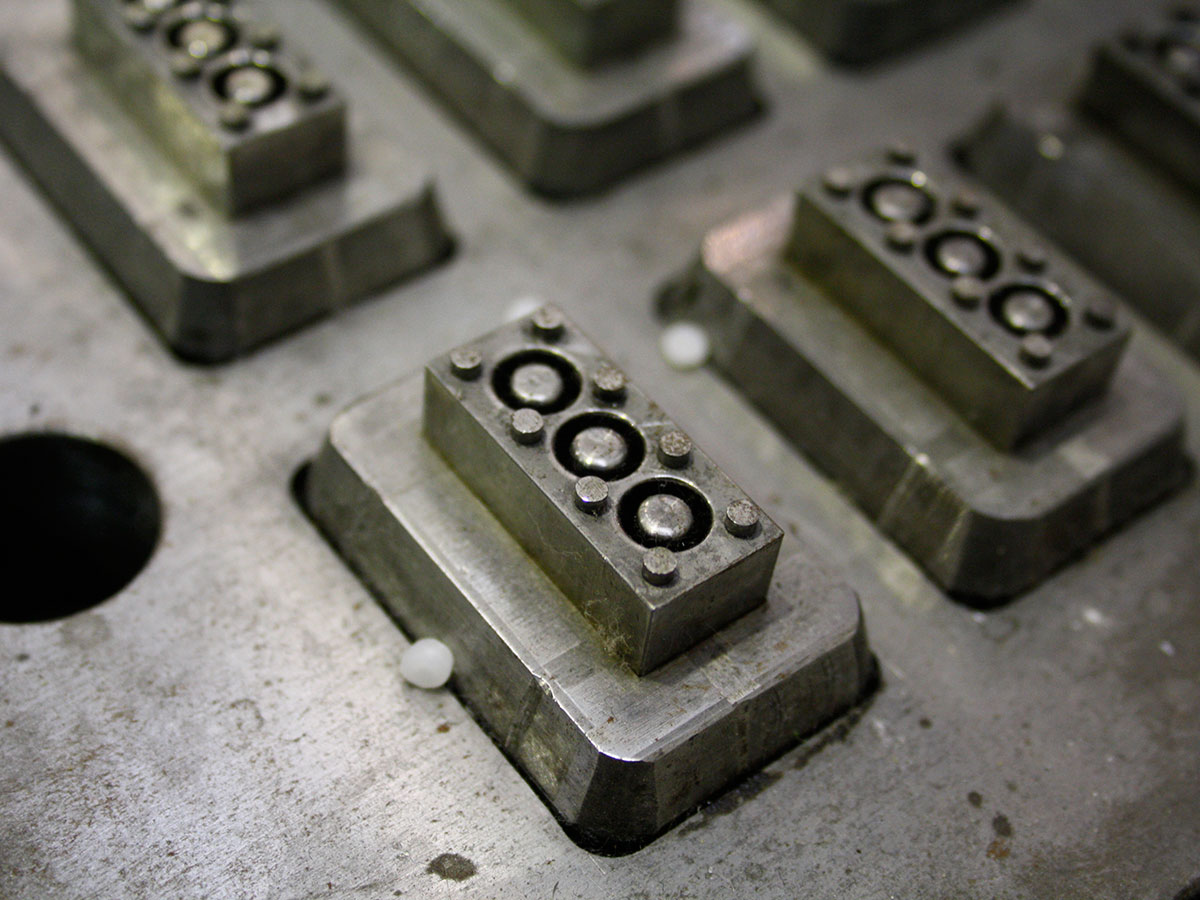 ABS is a thermoplastic polymer. This means two things. First, being thermoplastic means that ABS will become soft and pliable above a certain heat, but then become hard when it cools down. It’s this property that lets LEGO make bricks and other pieces with relative ease.

The polymer part of the equation refers to the molecular structure of the plastic. Basically, polymers are mega-molecules that consist of a repeating pattern of smaller molecules. Your DNA is a natural example of this, but things like polystyrene and many synthetic plastic are also polymers. Each letter in ABS represent the three components in the polymer chain. These can vary in their proportion, so there are many different recipes for ABS; this can influence its properties to one degree or another.

ABS is best known for how well it takes a beating. It’s a tough, hard-wearing plastic, which is probably one of the main reason LEGO chose it in the first place. By varying the grade of the ABS, this toughness can be enhanced. But this may have a negative effect in other areas or make the ABS more expensive and difficult to work with.

Another reason ABS is perfect for LEGO is the fact that it can easily be colored. Mixing pigment into ABS is pretty straightforward and doesn’t have any noticeable downside. So we can thank the choice of ABS for the vibrant and varied colors LEGO bricks have sported over the years.

Not Feeling the Burn

Another good property of ABS is how well it resists chemicals such as hydrochloric acid, alcohol, and various oils, to name a few. While it will react with some things, most household products do not affect it.

On the other hand, it’s flammable if exposed to strong heat sources, though it’s not particularly toxic if it does burn. Expose it to 400 degrees C or more, however, and it can decompose into potentially cancer-causing chemicals. It’s not likely that your LEGO will catch fire, however. They would have to be subjected to a naked flame or something with a similar temperature. Don’t try to dry them in the oven, is what I’m saying, or make a LEGO oven.

It’s worth mentioning here that ABS will also degrade in the sun over time, so LEGO bricks fade. This was also the reason a whole bunch of seat belt buttons had to be recalled – the ABS in them became brittle. 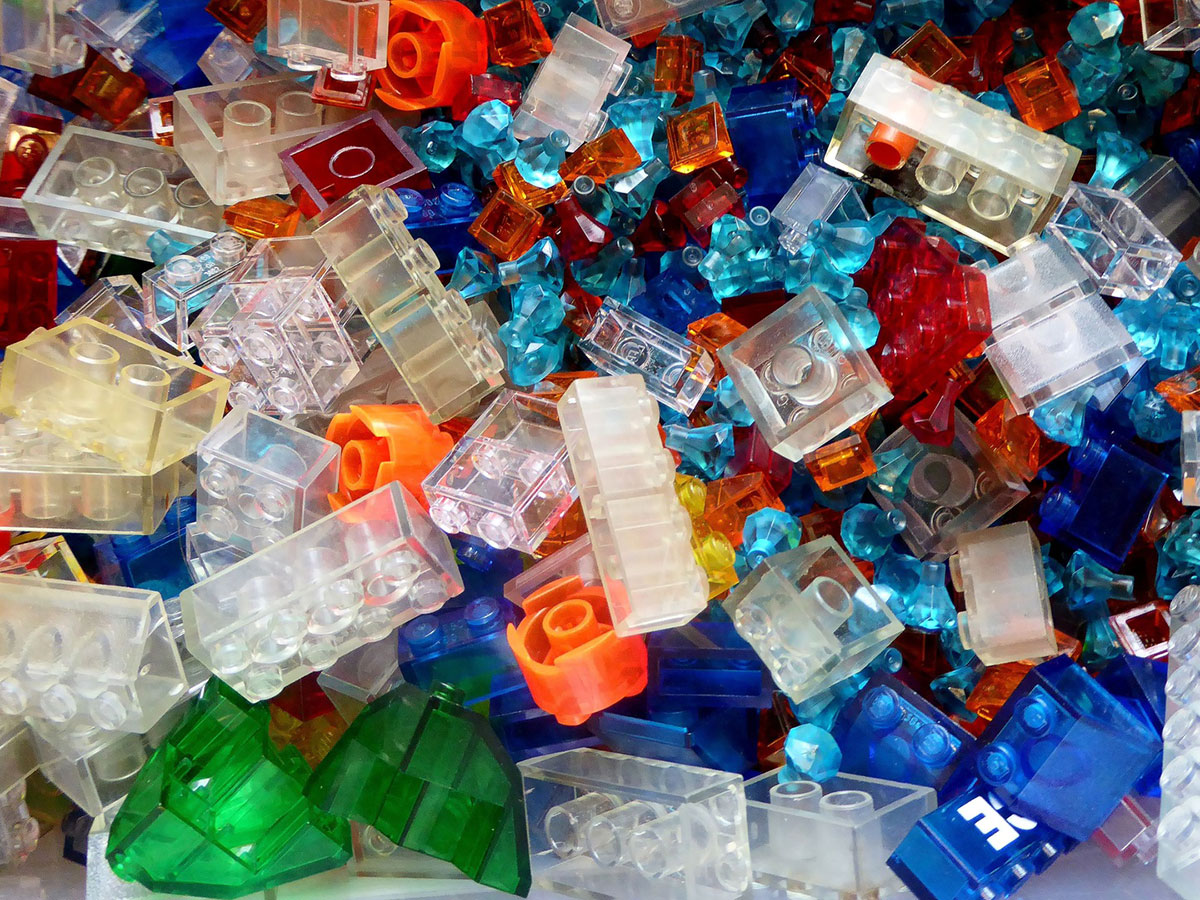 You can, in fact, recycle ABS plastic, so before you dump your LEGO bricks in the trash, call your local recycling facility and ask them if they take ABS. Not all of them will, but some are set up to process it.

All in all, LEGO made the right choice all those years ago to make its bricks from ABS plastic. Will they ever change? Well, yes.

In 2015, LEGO announced their intention to replace the plastic in LEGO products with something more sustainable. They haven’t cracked it yet, but the company has put its money where its mouth is. A billion dollars is being invested in the quest to make a new material that’s more environmentally friendly. So perhaps at some point in the future we’ll be saying goodbye to plastic LEGO.