LEGO is a toy for all ages. Well, maybe not ALL ages – that’s what DUPLO is for. But for most ages there’s a LEGO set that matches their level of skill.

For the real masters, there are some sets that LEGO makes to boggle the minds and patience of even the best builders. These are five of the most challenging sets LEGO makes. Attempt them at your own peril!

When you look for lists of challenging LEGO builds, they all have one thing in common: the Millennium Falcon. The famous Ship from the Star Wars universe has an iconic shape and design. It’s highly sought after, and LEGO has produced a number of versions of this set over the years.

The one to go for is this 5000+ piece ultimate collector’s edition. It is, according to LEGO itself, the largest official set. Thanks to its size, LEGO has included a lot of really great features in this set. There’s a retractable loading ramp, which is in itself an iconic scene from the films. Likewise, the gun turrets that Luke Skywalker himself manned are present and rotate with gay abandon.

This is notable as being the first Millennium Falcon in minifig-scale. Given the size of the ship, something of this magnitude is needed for it to be to accurately scaled with minifigs. It would take something with the broad presence of Star Wars to make a set of this size sell.

You get the characters from A New Hope: Luke, Leia, Han, Chewie, and Obi-Wan. The droids are noticeably not on the list, which seems like a weird omission.

It’s movie-accurate and is 35-inches long by 22-inches wide. It’s BIG. The estimated build time is 50 hours, if you have two experienced builders working together. On top of the sheer number of pieces, most of them are gray, which makes this an incredible sorting and organizational challenge. As far as presenting a challenge, this goes at the top of the list.

The only real downside is that price. It’s more than a used car, which is a hard pill to swallow. I get the feeling, however, that this is a set that will sell for more than it cost one day to the right collector, so think of it as an investment. 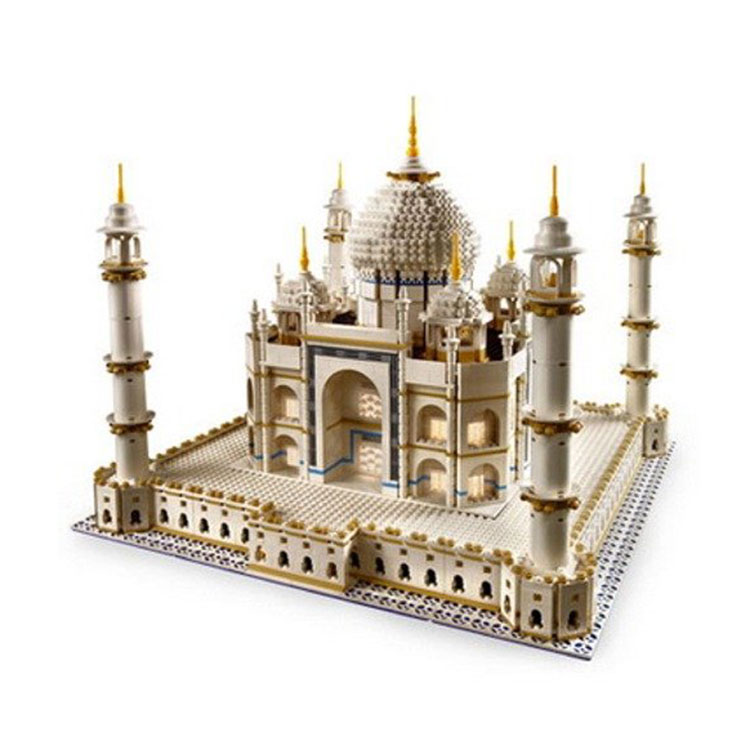 The Taj Mahal is one of the most iconic, famous, and beautiful structures in the world. It was perhaps inevitable that there would be a LEGO architecture set which tries to bring some of that awe and majesty into your home.

This set, the Taj Mahal 10189, is a wonder in its own right. While most sets are a sort of simplification of the real-world building, and most buildings are far simpler than this anyway, this model goes out of its way to do the real Taj Mahal justice. The set consists of almost six-thousand pieces. You’ll notice that this is more pieces than the Millennium Falcon, but LEGO says the Falcon is the biggest official set. I’m not exactly sure how they count it or whether different series are compared. What might be the case is that the 10189 set is not counted because it’s no longer in production.

That’s right, if you have your heart set on owning this model, you either have to look for a good used set or track down the limited number of new sealed sets that still remain unsold. You may not have to be in too much of a rush however, since few people would be willing to pay the asking price. Just how much? You can expect to pay anything between 3,000 and 5,000 dollars for a new sealed set. Finding a used set may be hard as well, since people will tend to hold on to these until the supply of new sets is entirely depleted.

Apart from the sheer detail, complexity, and challenge of this set, it also has a large number of unique pieces that you simply won’t find anywhere else. So truly hardcore free builders may seek this set to have access to some of those rare pieces for their brick collection as a whole.

Whatever your reasons for loving it, this 20” wide and 16” tall LEGO model represents the ultimate in LEGO architecture. If you want the highest challenge and to be the owner of a LEGO pinnacle product, there is no other. 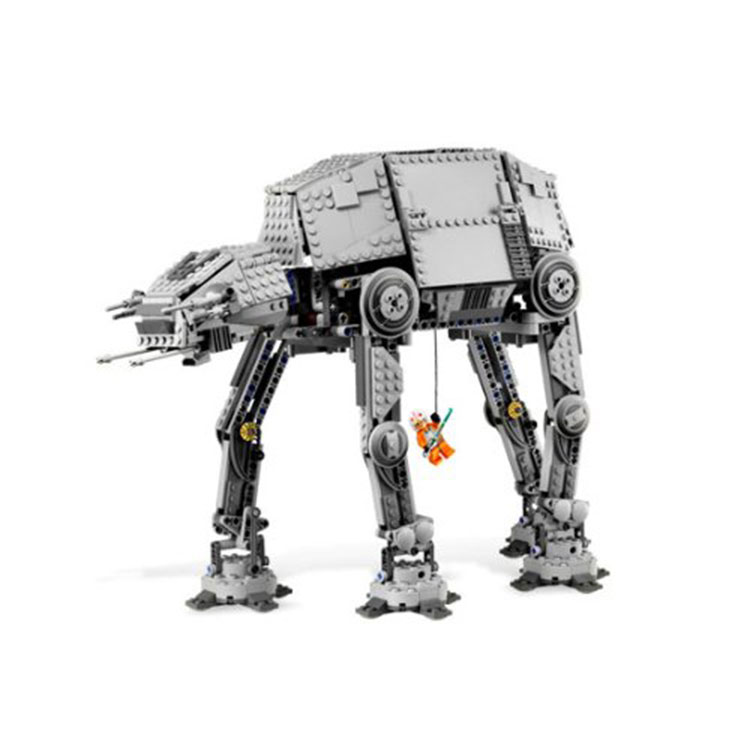 No matter who you are or what you think of the Star Wars films, it’s rare to find someone who doesn’t think the AT-AT is a cool movie vehicle. The various AT-AT LEGO sets are incredibly popular, and my wife is always bugging me for more AT-AT stuff. While there are many worthy AT-AT LEGO models, they don’t give you the stomp-stomp majesty of this motorized AT-AT, nor the challenge this big boy brings to the worktable.

Although this set has just over 1100 pieces, the price seems almost reasonable, especially since it moves! This is a tall machine, standing at 12”; it takes six AA batteries to drive it and has lots of detailed features. This is not a remote-controlled machine. Instead, it either walks in a straight line or just stands there. The whole point, however, is to reproduce that lumbering, intimidating walk at scale, and this is one of the more affordable sets on this list. For that I have to give it top marks!

The Tower of Orthanc 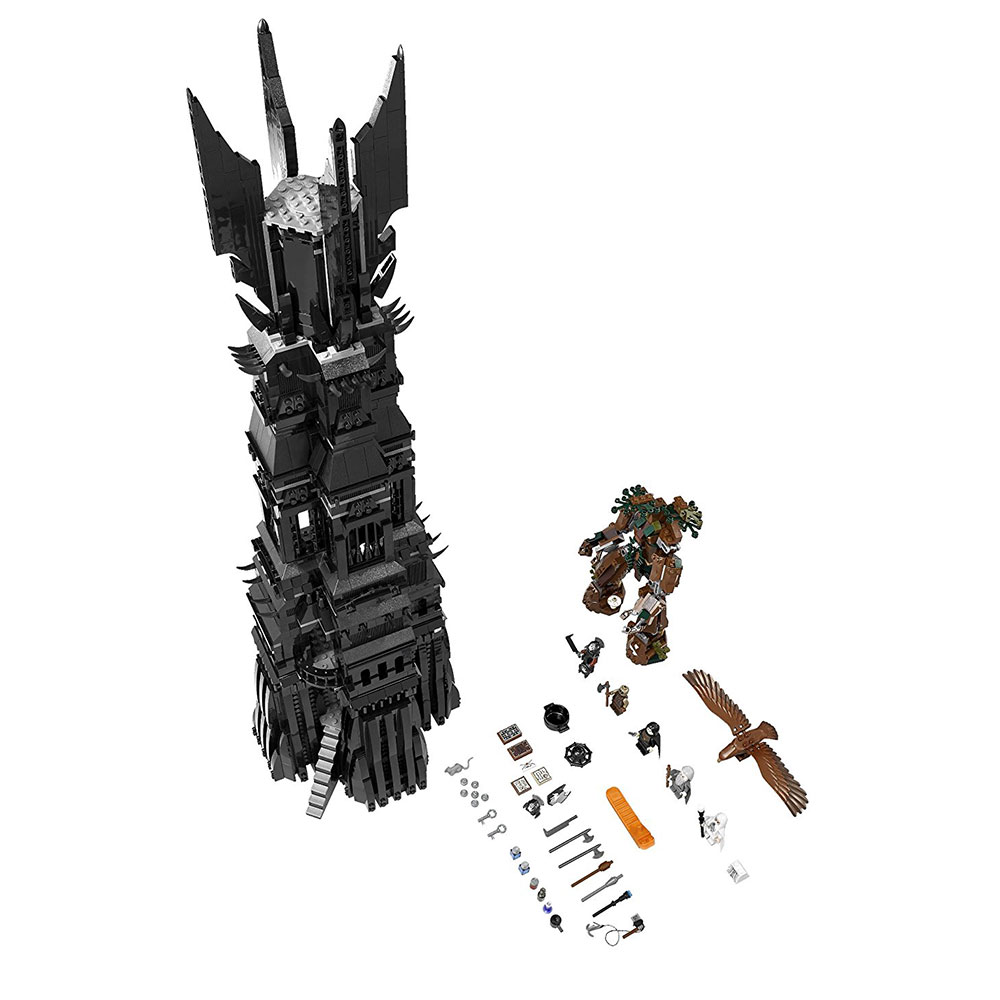 It’s been awhile since Peter Jackson’s epic adaptation of Tolkien’s Lord of the Rings books hit cinema screens. LEGO has produced some wonderful licensed sets to go with that amazing series of films. None of them impress me as much as the Tower of Orthanc set. This one has now been discontinued, but it still remains affordable at about three hundred dollars, depending on the deal you get. It’s a good price, considering that the set has 2,359 pieces.

Tall LEGO sets are always a challenge, but this epic wizard’s tower is something else entirely. It has six floors, each with a different function and a very clever folding staircase. There are traps, bombs, and a light-up palantir. There’s also Gandalf on his eagle and an ent that could have been a small set all by itself.

This set is TALL. It stands at 28”, but is only 8” wide. It’s going to be a challenge to keep it from toppling over while you put it together. 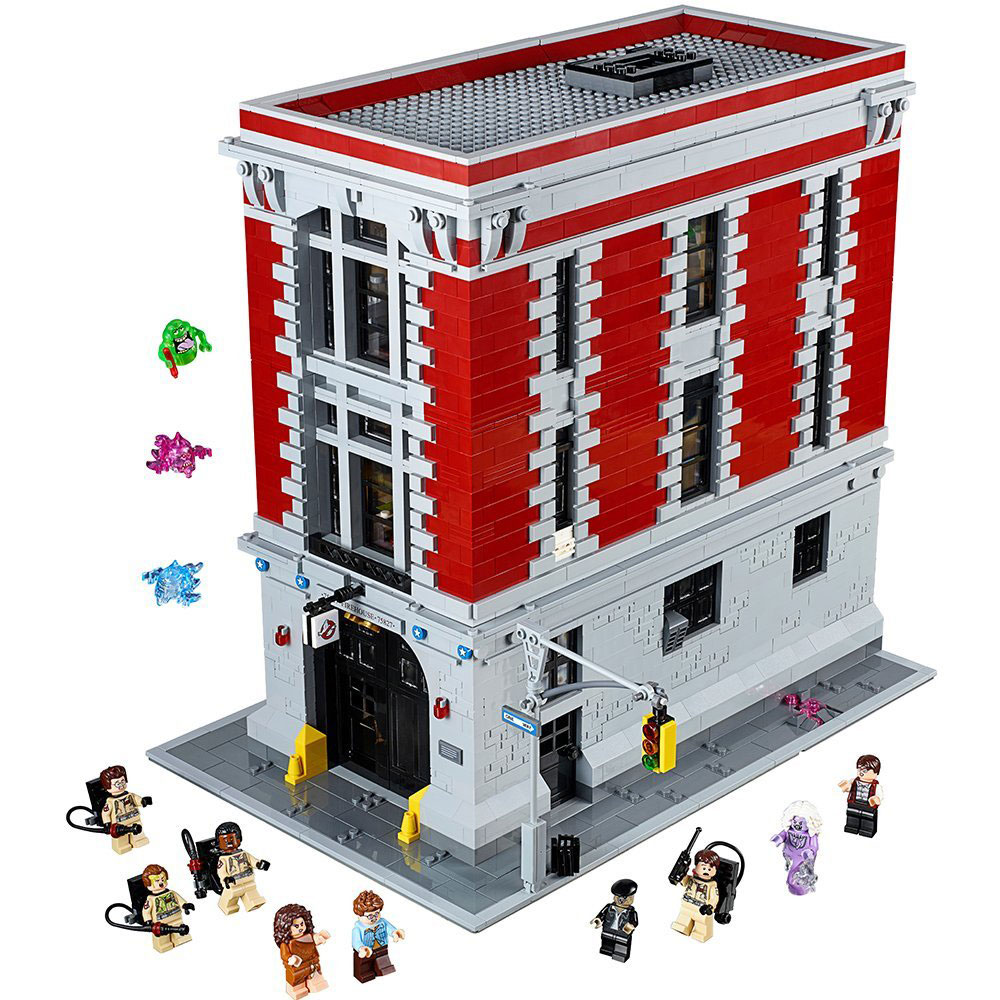 Who you gonna call? Ghostbuster is a franchise that has stood the test of time and is still super-popular across various media. Despite a recent remake that turned into a bit of a flop, people still have a lot of love for the world of Ghostbusters, and LEGO has capitalized on it to great effect.

When it comes to a set that will challenge even a seasoned builder, the 75807 Set definitely deserved to be on this list. It weighs in at a hefty 4,634 pieces. Despite this, it’s very well-priced and, to me, offers the best mix of cost and value. Even if you don’t have a particular love for the Ghostbusters, this is a set that’s hard to look past.

LEGO is a toy for people who love to focus, sort, think, and create. LEGO builders love a challenge, and when you have exhausted the possibilities of low- and mid-tier sets, it’s time to roll out these big guns. After you’re done, they make great showpieces or they can be broken down to fill up your free-building collection of bricks. Some of these sets are a real investment too, with future values higher than what you’d pay for them today.