LEGO Ways – For Everything There is to Know about LEGO

There are many LEGO websites on the internet. I know, because I spend a lot of time on the best of them. So you might have come here thinking “Is this just the same old LEGO site?”

I sincerely hope that once you’ve spent some time on my site you’ll find that this isn’t the case. I think I’ve put together a LEGO site that’s unique in a few ways that will add up to a different experience than anyone else is offering right now. For one thing, I’m not some sort of LEGO expert and I’d never try to create that impression. Instead, I’m just someone who really loves this toy. In fact I love toys in general, but LEGO has a special place in my heart.

A Quick Guide to Legoland

November 16th, 2018|Comments Off on A Quick Guide to Legoland

October 7th, 2017|Comments Off on Nananana LEGO Batman: the Review

September 15th, 2017|Comments Off on The Ten Most Insane LEGO Mindstorms Creations

September 10th, 2017|Comments Off on How Does LEGO Help Us Learn?

There are a lot of reasons why I think LEGO is one of the best toys in existence. I’m not the only one to think that, either. As I write this, LEGO is ranked as one of the top five toy makers in the world. Of course, just because they sell a whole bunch of the stuff doesn’t make it good by default. In fact, just a few years ago LEGO nearly went out of business, as you’ll see in my “History of LEGO” article.

Today I’m a heavy video game fan, and I think a lot of what lead me to fall in love with LEGO when I was young is also what made me love video games so much. LEGO is not a toy where the toy maker holds your hand and tells you how you should be playing with it. Instead, LEGO tells you to make up the rules of play. It comes alive the same way an electronic video game can, except it’s been doing this since before computers were even a thing.

Is LEGO Hard to Get Into?

I expect a lot of people who have found my site through Google are not into LEGO yet. Maybe you’ve seen the toy and thought it was cool. Perhaps you have a friend, child, or spouse who is a LEGO fan and you just want to understand it a little better.

The good news is that LEGO is one of the most accessible communities and fandoms out there. That’s in no small part to LEGO itself, which goes out of its way to be accommodating to new LEGO fans. I’d like to think that my own site has been written with that same philosophy in mind and that no matter how much of a beginner you are, you’ll find useful info here.

Is This Site for You?

One thing that I have to make clear is that I have written this site for the typical or potential AFOL. What’s that? It’s an “adult fan of LEGO”. Most AFOLs start off their relationship with LEGO as children and then just never grow out of it. This is something that LEGO has recognized over the past few years, and a lot of its products and marketing are aimed at an older crowd.

Basically, if you’re a teenager or older and you’re into LEGO you should find my site suited to you. What you mainly won’t find here is a lot of review-type content. I’ve tried to highlight what I think are good products for people who want to get into LEGO for the first time or into a new segment of the LEGO family for the first time.

More than that, however, I want to talk about LEGO itself. I talk about the thinking behind it and try to celebrate what it is the fans themselves do, rather than stuff anyone can just go read about on online shopping sites. That’s not me – my aim is not to sell LEGO but express my appreciation for it and share that with other people. If you’re down with that, this is the right place for you.

Finding Your Way Around the Site

I’ve tried to make this site as logical as possible and to bundle stuff together in sensible categories. Each category has a section introduction that tells you what it’s about and what you can expect to find there.

The “main” category doesn’t have a section intro, but contains mainstream LEGO articles that have interesting info about LEGO itself. The site will be updated with new content for these categories over time and perhaps whole new categories will be added if new things happen in the LEGO universe. 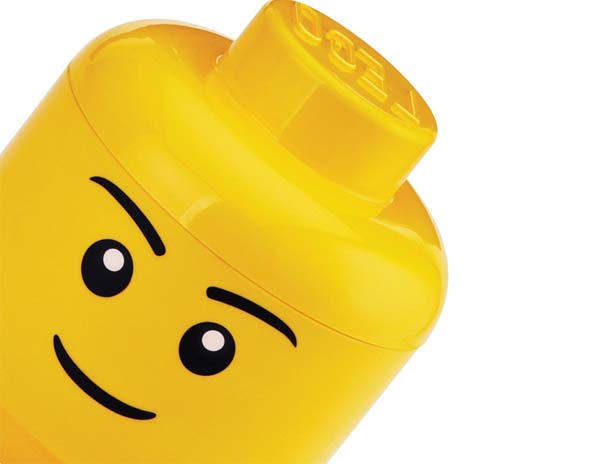 I actually have a proper “About” page around here somewhere, but since this site has been such a personal project for me, I thought it would be worth talking a little bit about my own personal history with LEGO.

My first experience with LEGO did not come in the form of a shiny new box straight from a store. In the early 90s my uncle had “grown out” of his LEGO phase and so I found myself in possession of buckets and buckets of LEGO pieces spanning sets from the late 70s to the late 80s.

I’m sad to say that I don’t have any of those pieces anymore, having lost them during the course of my childhood and moving house eleven times. If I knew then what I knew now, I would have locked them up safe and sound!

I did, however, spend countless hours free-building with my little hodgepodge collection for years. I never even owned a proper boxed LEGO set until I was an adult, so most of my memories are of LEGO being like clay, where I built my imagination into real solid form. Robots, dinosaurs, cars – you name it.

When I discovered that there was more to LEGO than just those random bricks in my uncle’s donated buckets, it blew my mind. LEGO was so much more than a simple construction toy. As I got older I really started to understand the vision, intention, and philosophy of LEGO as a toy. I came to appreciate the company itself and how it has transformed itself over so many decades, to stay relevant yet true to themselves.

That’s why this site is not strictly just about LEGO bricks and the stuff people build with them. It’s about everything that LEGO does, how the community has been shaped over the years, and how people like you and me can fit into it. Games, books, TV shows, movies, and, of course, many different toy series. These are all represented here.

When I was creating this site I had to do a lot of reading and research. Even though I thought I knew LEGO pretty well, each day still brought some sort of surprise. I discovered things about LEGO both past and present about which I just didn’t have any clue.

This has also made me a firm believer that no matter how focused you are on one part of the LEGO hobby, there’s a good chance that you’ll find something else in the brand that you’ll really love if you’re just willing to be a bit more open-minded. I find that people are especially quick to look down on the stuff LEGO makes for children explicitly, which is pretty ironic.

Every LEGO fan has their specific bit of LEGO which they like more than the rest, and I’m no different. I’ve tried to be even-handed in my enthusiasm, since I want everyone to have a fair chance of deciding what looks the most interesting to them.

If you were to ask me where my favorite LEGO can be found, I’d have to say I’m inclined to like LEGO Architecture, LEGO Technic, and the standard LEGO licensed kits such as those from Star Wars. These are not exclusive preferences – I dabble in all sorts of LEGO (and LEGO-like) stuff, but I’m biased a little toward these specific parts of the LEGO family.

I really like building Technic vehicles because it provides such a serious challenge, and in real life I love machines. Helicopters, planes, cars, and motorcycles are just great to look at. One of my favorite Technic sets is the BMW 1200GS motorcycle – a vehicle that I plan to own in real life one day. 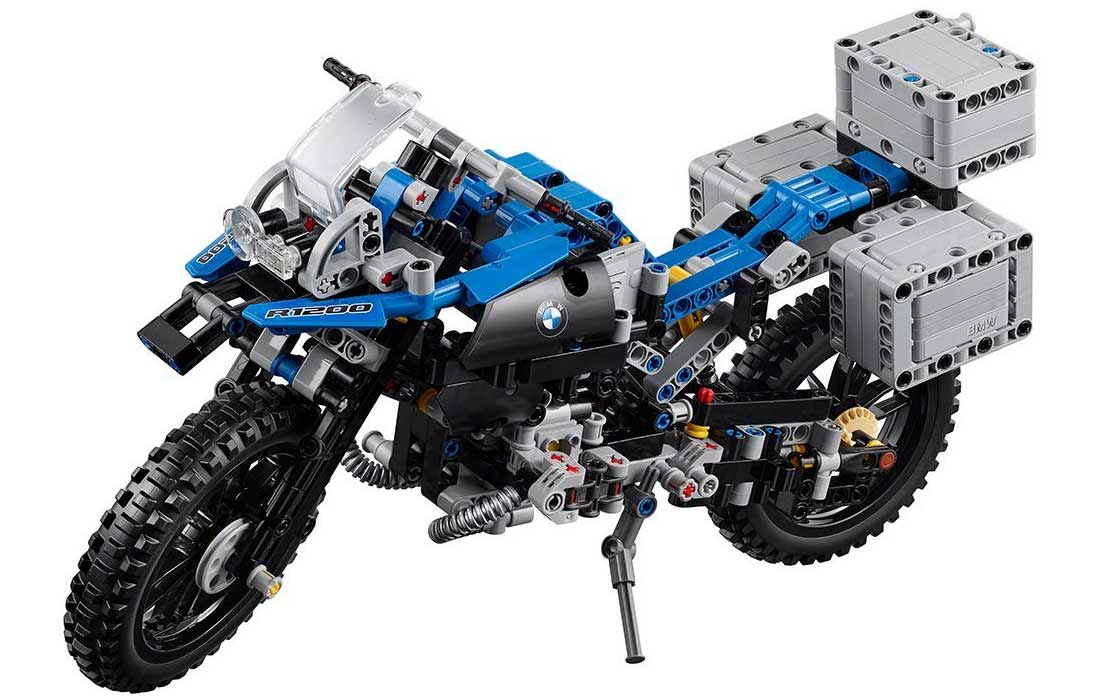 Another thing I do on my site that may seem like a bit of a taboo is to talk about stuff that isn’t LEGO. That’s because while I think LEGO is the best at what they do, there are other makers of toys and entertainment that tap into the same energy that LEGO does.

A prime example is the video game Minecraft. You’ve probably heard of Minecraft, but if you don’t know what it is, go ahead and check out my guide to Minecraft for LEGO fans.

I don’t think there’s any point in blind loyalty to a brand, which is why I can never describe myself as an “Apple guy” or “Samsung guy”. My approach to buying a product is to figure out whether it’s a good individual product and then get it based on that. Certainly LEGO has the best reputation when it comes to creative building toys, but if another company makes something true to the spirit of what makes LEGO so good, I’m not going to turn my nose up at it. This is also why you’ll find a whole section on my site that looks at LEGO clone products. You might be surprised at the verdict on some of them.

In my research to create this site I had to learn a lot of new things, so I decided to reproduce some of those lessons here. I have a whole section that contains nothing but guides relating to LEGO, including neat tricks on how to take care of them and making LEGO movies. I can’t claim to have come up with any of this stuff myself, but nowhere did I find a website where it was just laid out in clear language. Hopefully, you can benefit from my curating efforts.

There are also guides here and there in specialized categories whenever I felt that guide really needed to be separate from the more general ones.

So welcome to my little LEGO corner of the web. I hope you’ll come away with at least one neat bit of information or a better understanding of this fantastic toy and wonderful hobby.